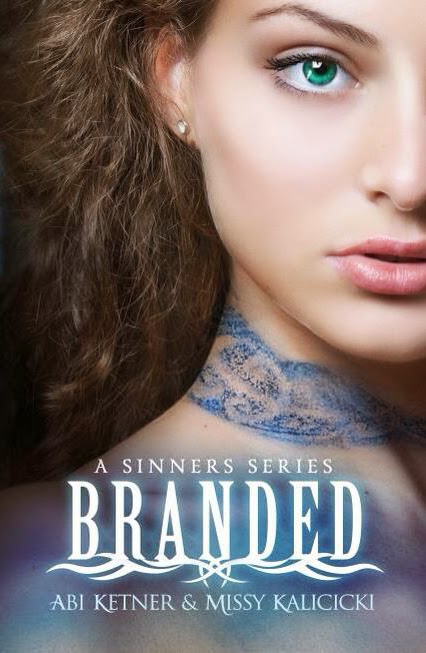 "Fifty years ago the Commander came into power and murdered all who opposed him. In his warped mind, the seven deadly sins were the downfall of society. He created the Hole where sinners are branded according to their sins and might survive a few years. At best. Now LUST wraps around my neck like blue fingers strangling me. I’ve been accused of a crime I didn’t commit and now the Hole is my new home. Darkness. Death. Violence. Pain. Now every day is a fight for survival. But I won’t die. I won’t let them win. The Hole can’t keep me. The Hole can’t break me. I am more than my brand. I’m a fighter. My name is Lexi Hamilton, and this is my story."

The premise of Branded is quite good: a dystopian society where people is imprisoned and branded following a Seven Deathly Sins system. Each sinner is branded with a different colour based on his/her sin (Lust is blue, Gluttony is orange, Greed is yellow, Sloth is black, Wrath is red, Envy is green and Pride is purple). Once you are being accused, you are immediately branded (no trial or anything) and sent to the Hole where you have to fight everyday to stay alive, literally. This story follows Lexi Hamilton and her struggle inside the Hole.

The beginning of this book is quite interesting and at the same time confusing. The authors explain the basic stuff of the world so the reader could get a light idea about how things work but without getting into too many details which I really liked because it confused me and I got a feeling of uneasiness. This is a world I would definitely don’t want to live in, full of injustice and corruption.  However, when I read half the book it started to drag on and it was hard for me to read as fast as the beginning. It was like the plot was going nowhere. But then in the last 70 pages it gets good again, with a fast-paced ending full of action and a plot twist that the reader won’t definitely see coming, I can assure you that.

But the dragging on at the middle of the story was not my only problem. Lexi, the main protagonist, was a big problem for me because she was incredibly annoying and lacked coherence. She thought something and then she thought the opposite of it and I have to be honest and say that it was a little irritating (and I wanted to shake her a few times and tell her to pull herself together and make up her mind already!). Then we have Cole, who is Lexi’s guardian in a way, and I liked his character but I thought the entire romance thing kind of made him a wimp sometimes. And the last two characters that I found liking the most were Sutton, a doctor; and Zeus, Cole’s dog (yes! A dog. But what a nice loyal dog!). Lastly we have the romance, another of my problems. It was incredible cheesy most of the time and I found myself rolling my eyes several times with some of the dialogues.

I dove into this book with a lot of expectations because everyone was raving about it and maybe that kind of affected my reading. It wasn't really my cup of tea....

Go find me on Goodreads!