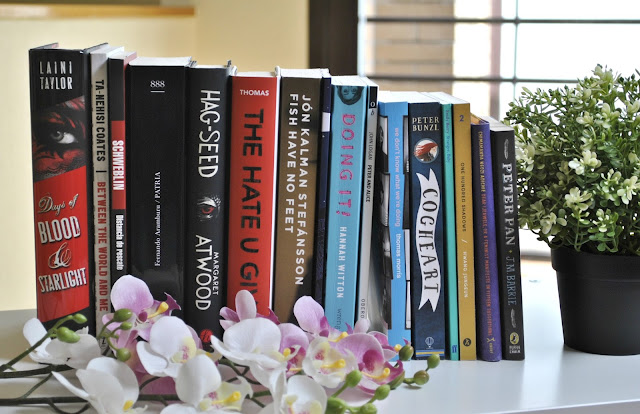 And another month goes by. To be fair, this time it didn't fly around for me; it was quite a slow month in general and I spent half of it reading - I can't even believe I have managed to read all of these books -  and half of it studying for University. I'm all caught up with all my courses and I'm ready to start revising for finals which will be at the end of May/beginning of June. I'm still in awe that for once in my life, I've being productive as hell if I say so myself. Hurray! Basically I wrote down all I had to do and I organised it throughout the first three weeks of April. At the same time I told myself I had to read for fun at least 30 minutes every single day in order to avoid being slumpy due to stress. It worked.


In general, April has been a good reading month. I read a total of 16 books (like, what even?) and four of them were 5-star reads. I haven't given a single 5 star to a book since the beginning of the year and comes April and voilá! So, my favourite reads this month were: The Hate U Give, Peter and Alice, Dear Ijeawele, or A Feminist Manifesto in Fifteen Suggestion and What We Buried. The only one I have reviewed is The Hate U Give. I just find really difficult sometimes to write down my feelings for a book especially if I loved it. But I'll try and write reviews for the other three.


The most disappointing books were: Fish Have No Feet which I DNFed because I couldn't be bother to continue the story after 200 pages; Distancia de Rescate by Samanta Schweblin which I picked up because it has been shorlisted for the International Man Booker Prize but I didn't get anything out of it; One Hundred Shadows by Hwang Jungeun which was too weird for me and I had the same problem as with Distancia de Rescate;  and Days of Blood & Starlight and in this case I found it disappointing because I was expecting something else out of the story after Daughter of Smoke and Bone ending.

I'm currently reading two books. Firstly, the last instalment in the Daugher of Smoke and Bone series and as with the second book, I'm having difficulties to enjoy the story. I actually had to put it aside when the Dewey's readathon started and since then, I haven't had the urge to pick it up but I'm planning on finishing this May. The second one is Am I Normal Yet? because I started it at the end of the readathon and I'm enjoying it.

I haven't plan any other books for May and since I'll be revising most of the time I decided not to plan a TBR besides the two I'm already reading so to avoid more pressure. Apart from finals at the very end of May, I have no other plans for this month. Well, my cousin is getting married so that's the most exciting thing about May!

What are your plans for May?
Any special on your TBR? 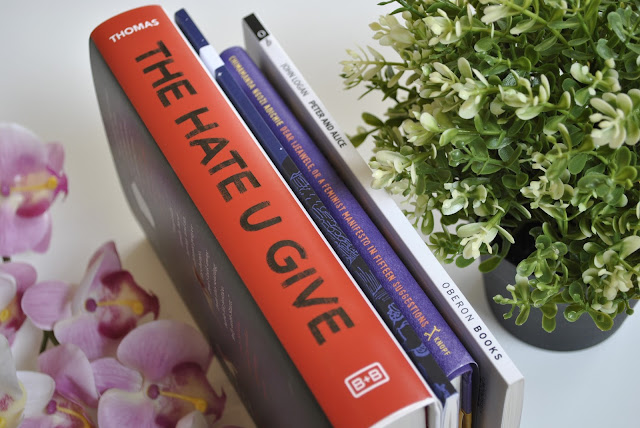