June 30, 2015
Hello there! Long time, no see, I guess. I feel like I owe all of you an explanation as to why I haven't been so active with the blog. My initial hiatus was meant to last 3 weeks (when I was having my finals) but things happened. This wrap-up is gonna be a little different but no worries, books are also in it :)

I didn't know whether to talk about personal stuff here but then again, I've been interacting with a lot of you and there is no point in being secretive about it. At the end of May, I lost my (maternal) grandfather and it was quite unexpected. He was not ill or anything. He just woke up and felt bad and that was it. He died on his bed, with my grandma and my aunt with him and even though it has been hard, at least I know he lived a fully life and died surrounded by those who loved him. This happened after being done with my first week of finals and it set the mood for the next weeks. I know is gonna take a while to fully accept it but time heals everything.

Once finals were over, it was time for London. To be honest, my initial enthusiasm to go there was decreased by my granddad's passing but I still tried to make most of my trip. I had a great time and I took so many pictures and visited a few bookstores and I do plan on making a few posts about all of it if you would like to see that :)

And now, let's talk about the books I've read during June. I have to say most of my reading was done during the first and last week of June. From the 13th to the 23th I read nothing and I didn't really miss it. I had other stuff in my head. And also, the last book before that "hiatus" was Throne of Glass which was a huge letdown and so I got into a slump, basically. Since I wanna talk about more stuff, I'm gonna try to keep this nice and simple. 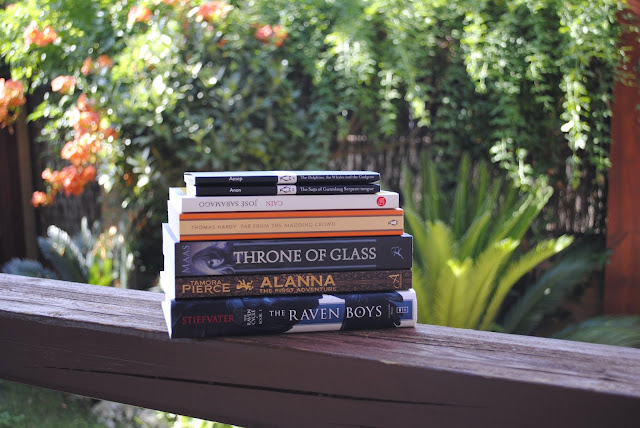 And now, let's talk about some TV shows, shall we? 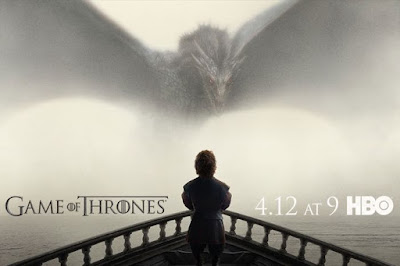 First of all, Game of Thrones. The 5th season has been the worst for me. Yes, they have kept two of the main book storylines almost intact (Jon's and Dany's) and for that I'm glad. I know people had a seizure when they saw the last episode but I've been expecting it from the beginning and I was very happy. I don't want to rant about all the changes here since a post wouldn't be enough for that but mainly, the changes in Sansa's and Arya's storylines, I liked. They were understandable, especially Sansa's because it was stupid to just introduce a character they've never talked about in the show to give us that storyline. So, keep in mind that everything that happens to Sansa in the season, didn't happen to her in the books.

But, I'm angry at how the creators have handled both Dorne's and Stannis' storylines. Like, you can't even begin to understand how much they have destroyed the characters Martin has created. They decided to keep Arianne out of the TV show and that was their first mistake. They should have but instead of introducing an amazing female character they decided to "replace her" with Ellaria. Yeah.......... not happy about that. Why? Because Ellaria never intends to seek revenge and seeing what they did with he infuriated me. Also, their plan was the most pathetic thing ever. It was laughable. Last, we have Stannis. I'm not gonna spoil a thing, and I would appreciate if you don't do as well in the comments just in case, but for those who have seen only the TV show and haven't read the books, you need to know that Stannis wouldn't have done THAT. So, the show basically killed the character's arc and I was actually pretty shocked and disgusted after the episode because that was not Stannis and I would never forgive Benioff & Weiss for doing that, EVER. 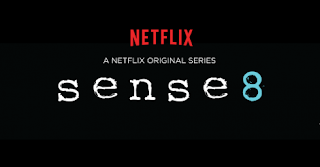 The second show I wanna to talk about is Sense8. MY GOODNESS THAT SHOW TOOK OVER MY LIFE BIG TIME. I saw its 12 episodes in 2 days. I was so hooked and it gave me all the feels. It's a bit weird and it's completely character-driven so keep that in mind. Although it is a sci-fi show, deep within is about human relationships and what connects us all. If you are planning on watching it please watch at least 4 or 5 episodes before giving up. It's so worth it :) AND I NEED A SECOND SEASON LIKE I NEED AIR TO BREATHE. 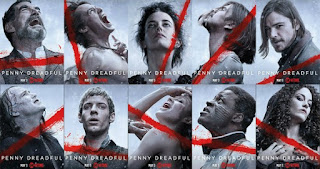 Last, but not least, I finally caught up with Penny Dreadful. I'm enjoying this season so freaking much and I don't think I'm ready for the season finale next week if we take into account how last week's episode ended. Someone hold me, it's gonna be emotional.

And, that's my June wrap-up! Now, how are you all doing? How was June?