Book Review // Because of Mr. Terupt by Rob Buyea 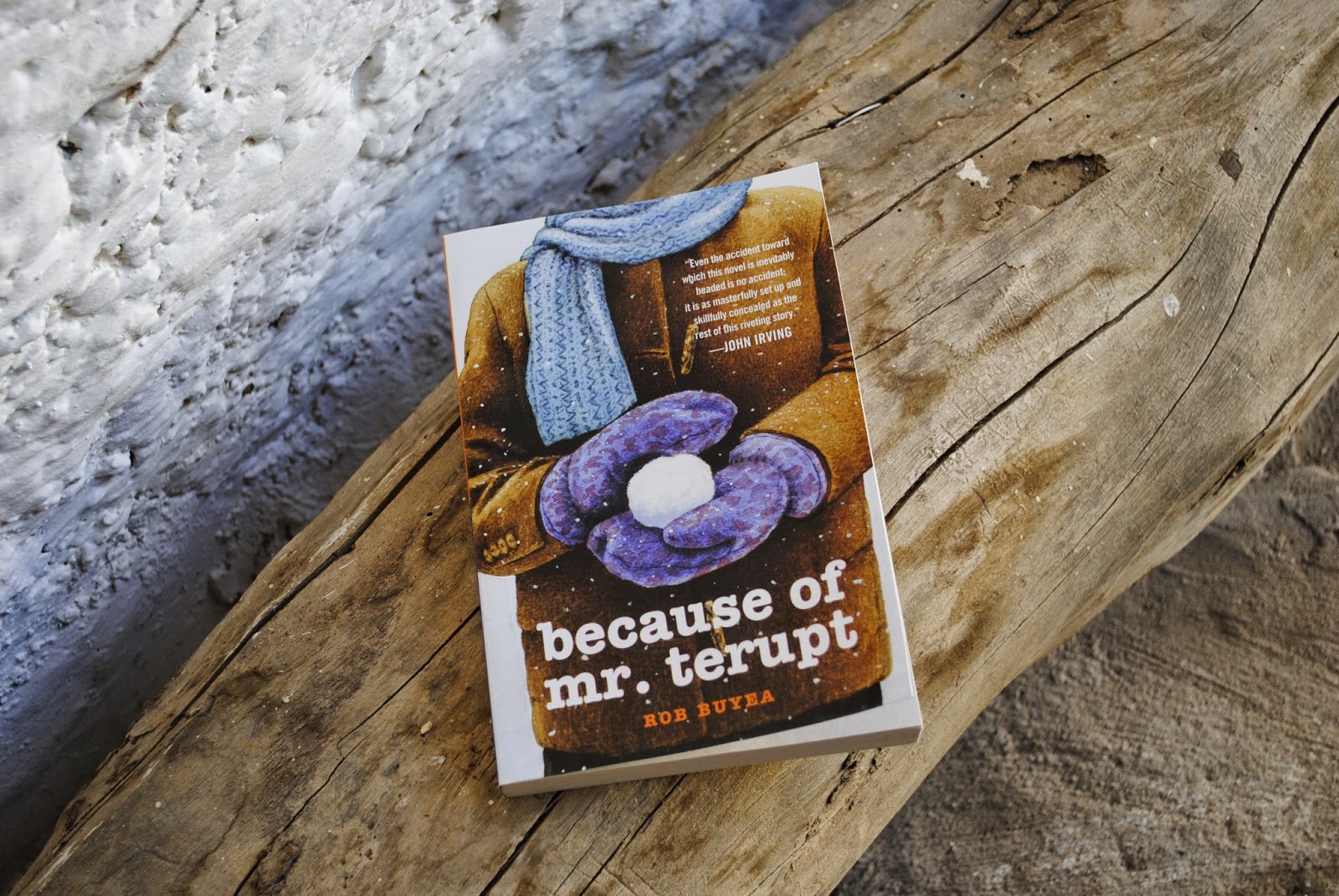 Because of Mr. Terupt by Rob Buyea {Goodreads}
Published by Yearling in 2011
Paperback edition; 288 pages {BookDepository}
"Features seven narrators, each with a unique story, and each with a different perspective on what makes their teacher so special. It’s the start of fifth grade for seven kids at Snow Hill School. There’s . . . Jessica, the new girl, smart and perceptive, who’s having a hard time fitting in; Alexia, a bully, your friend one second, your enemy the next; Peter, class prankster and troublemaker; Luke, the brain; Danielle,who never stands up for herself; shy Anna, whose home situation makes her an outcast; and Jeffrey, who hates school. Only Mr. Terupt, their new and energetic teacher, seems to know how to deal with them all. He makes the classroom a fun place, even if he doesn’t let them get away with much . . . until the snowy winter day when an accident changes everything—and everyone."

“Everybody’s got a story, Anna.”

Because of Mr. Terupt follows the story of 7 kids who are completely fascinated with their new teacher, Mr. Terupt. And when I say it follows 7 kids, I mean it. We get several chapters from each character which adds a lot of depth to the story since we read how differently these kids see the same things and how wrong or right can their actions be. We get to know them all in a way; what they like, what they fear, what they want… and it’s truly mesmerizing to read about.

We, as readers, don’t get all the details and the story is slowly told by these kids because that the thing: we know something is gonna happen from the very beginning but we don’t know what it is. Rob Buyea builds the atmosphere slowly but firmly and by the time everything is revealed you’re just so into the story, you feel it too. And after that, is all about how the characters deal with everything.


“If you love someone, you don't quit on them just because they make a mistake.”

Both the plot and the writing are very simple, yet powerful and emotional. Yes, I know I’ve said so many times that I’m a easy crier and yes, I do cry easily with books or whatever for that matter (I have this thing when my eyes decide to produce tears and I just can’t order my brain to stop them. It’s very frustrating and not so great when you’re in public but oh, well…) but Because of Mr. Terupt is an emotional read and maybe you don’t cry, which is fine, but you will be touched by this kids’ story. And if you’re not... sorry, you’re a monster (not really though, don’t worry).

“We're lucky some people are so full of goodness.”

Middle-grade books never cease to amaze me and Because of Mr. Terupt is no exception. I know this is quite a vague review but if you have read and enjoyed Wonder by R. J. Palacio then give this a go. It’s not the same story, but is definitely there to get beneath your skin.