Book Review // The Sword of Summer by Rick Riordan 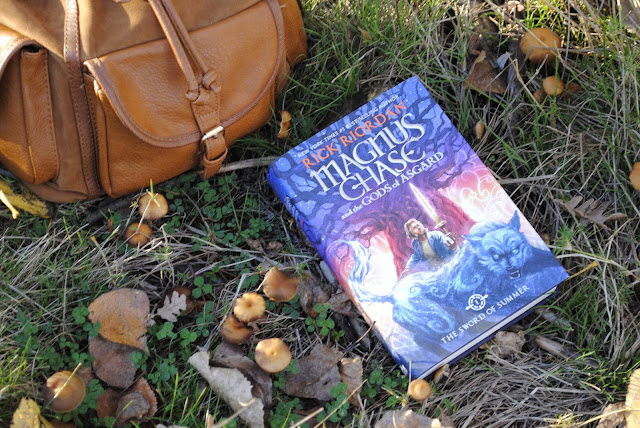 
Magnus Chase has been living on the streets since his mother died some years back. Now, his uncle is looking for him and Magnus is resolved not to be found since her mother advised him not to trust him; his uncle is dangerous but things tend to not go us planned sometimes. He learns then that he’s the son of a Norse god and after he is set to live so many great adventures.

It will come as no surprise when I tell you how much I enjoyed the book. Riordan can do no wrong for me and I’ve never given a book by him less than 4 stars. There is something about how he writes his stories that captivates me. His characters are smart, witty and funny and therefore, connecting with them is no issue at all. You are bound to like them. Or at least that’s how his stories go for me. Just as Percy, Magnus is hilarious and believe me when I tell you I found myself unable to control my laughter. Magnus is not the only funny characters; all of them add to make the story very funny and the dialogues among each other are amazing. Some comebacks were side-splitting and I did re-read some passages along the way because I wanted to keep on laughing. The pace is also quite fast. We can say The Sword of Summer is indeed unputdownable.

However, I will say it resembles Percy a lot, or at least the layout of the story and obviously, both are connected. It couldn’t be any other way considering Magnus is Annabeth’s cousin and I can’t but wonder how Riordan is gonna fit in the same world Greek/Roman/Norse mythology. Can we have three systems? Greeks and Romans are connected but what about the Norse gods? I got some headaches thinking about it and it is one problem I had while reading it.
Any kind of mythology, I find fascinating. I know a lot about both Greek and Roman mythology but I’m not so well-versed in Norse myths so fairly speaking, I can’t really tell how much or how well Riordan has played with them.

The Sword of Summer is one of those books where there is time for everything: to laugh, to cry, to get annoyed at some characters, to smile and to have your heart pounding against your chest at every turn of the page. Some will find some adventures, or rather their resolution, a tad convenient. And I will have to agree but, take into account we’re dealing with middle-grade and it happens sometimes. For all that matters, I didn’t find that annoying. I was honestly having too much fun to care. 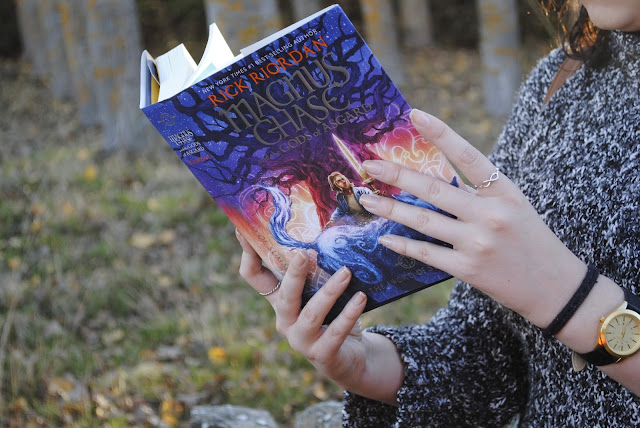