The Changeling by Victor LaValle 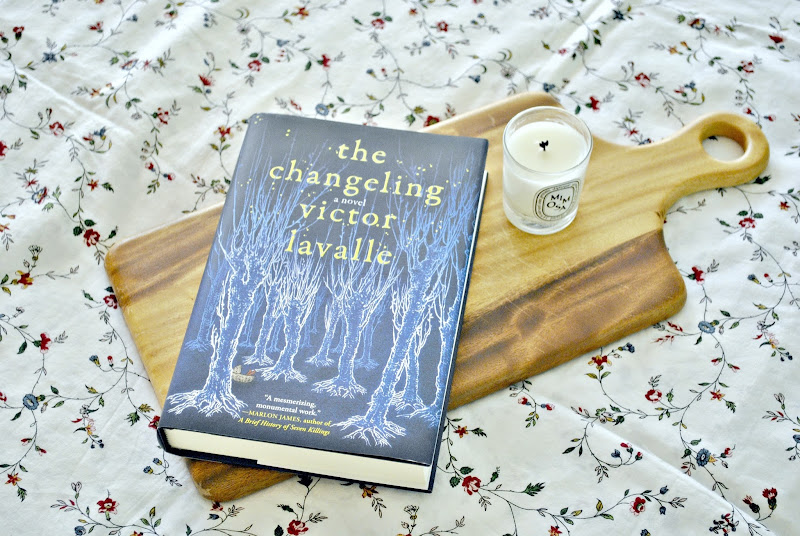 Apollo is about to become a father. He's ecstatic about it but at the same time there is a fear at the back of his mind. His own father abandoned him when he was a little baby and he is scared about not being a good father because he didn't have a fatherly figure while growing up. Once the baby arrives, he starts to settle into his new life, being a committed father and then, one day, everything changes. Emma, his wife, starts acting strange and after seemingly committing a terrible violent act, she disappears. Now Apollo's odyssey begins. He must find her and bring her back.

The first thing I'm gonna touch upon in the review is how deliciously written this book is. LaValle completely captivated me with his writing style. He knows when to push it and when to take a step back. The writing flows perfectly and it's what made the story so great for me. The characters are also fantastic but not all of them are given equal treatment. It's true that the story is mainly focused on Apollo and he's the one we get to know and understand very well but I wish I could've got to know Emma just as well. We do learn about her, for sure, but she doesn't feel as present as Apollo.

Fairytale references are everywhere and the blending between reality and fantasy works very well. The more you read, the more bizarre it gets. At the beginning, the story is more rooted in reality but as the story progresses, you notice how the fantasy elements take over and what appears to be a book with a fairytale touch becomes a fairytale on its own.

The Changeling explores what it means to be a father and the fears attached to it. The anxiety of failing, of not being good enough. It proves how, as much as we try, being a parent is trial and error. Making mistakes is part of it. The important issue though it's trying our best. In this sense, this novel is also about the length parents will go to protect their child. As you can probably tell I absolutely adored this story and I started doing something I don't tend to do: annotate it. I normally underline favourite quotes and such but with this? I had so many thoughts and I needed to write them down. I loved interacting with the story.