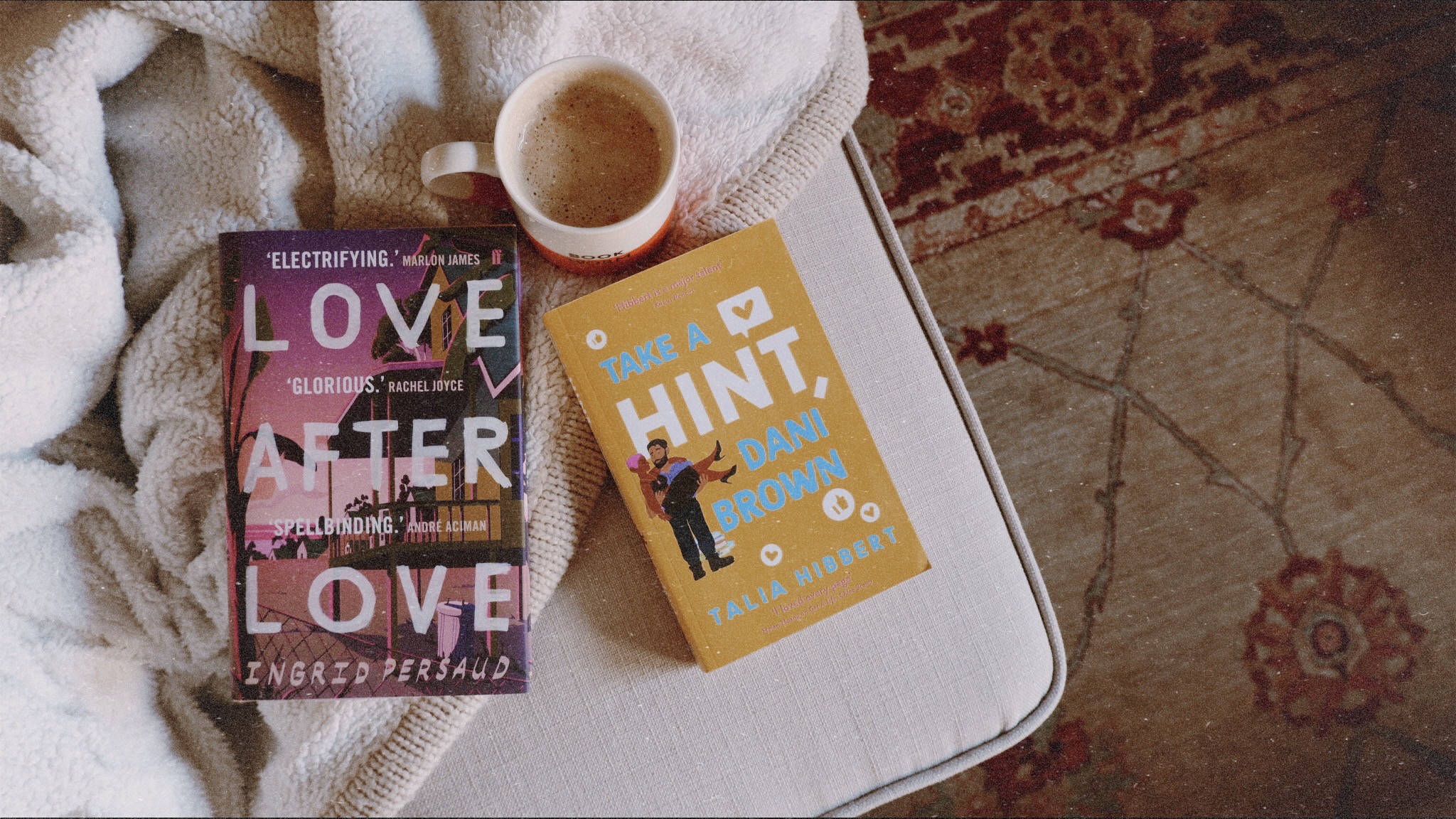 Love After Love by Ingrid Persaud [tw: homophobia, domestic violence & self-harm]. This novel is beautifully written and devastatingly, yet hopeful. We follow three main characters and all of them got under my skin. They go through so much and it's nearly impossible not to care for them, even when their actions and decisions frustrated me due to lack of communication. If only they had sat down to talk things through... but alas, that is also life. Love and its multiple representations are done so well. I was an emotional mess by the end and it's gonna take awhile before I can say goodbye to Betty, Chetan and Solo.
Take a Hint, Dani Brown by Talia Hibbert. I adored this. It had me rolling from page 1 and it's such an addictive story - it plays with the fake relationship trope which I love - that it was almost impossible to put down. Dani and Zafir were absolutely adorable and their banter was *chef's kiss*. Despite its light tone, Hibbert deals once again with series issues such as anxiety and emotional abuse. My only problem? I wanted more of these characters and their story.
Follow