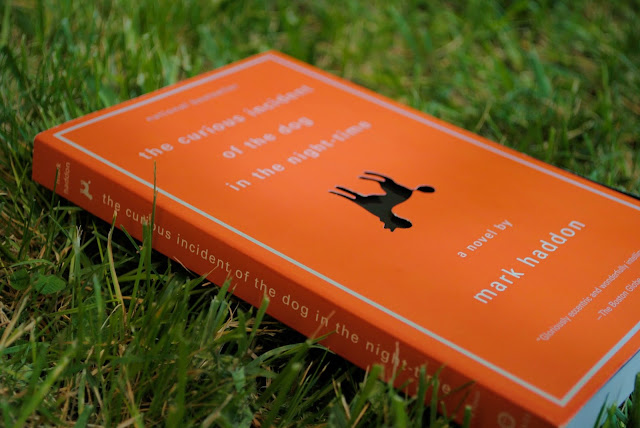 The Curious Incident of the Dog in the Night-Time by Mark Haddon {Goodreads}
Published by Vintage Contemporaries in 2004
Paperback edition; 226 pages {BookDepository}

Christopher is a special kid. He doesn’t like to be touched and doesn’t understand human emotions very well. However, he loves patterns and lives through rules and diagrams. Logic is everything for him but when one night he finds his neighbour’s dog – Wellington – dead, his logical world crumbles and so he decides to take the lead and try to resolve the mysterious murder.

Told through the eyes of an autistic boy called Christopher, The Curious Incident of the Dog in the Night-time is a fascinating story which enlightens us about how the world works for someone with autism. However, I need to point out that not all autistic people behave the same. I’ve worked with autistic kids when I was doing my internship and the methods used for some, didn’t help with others. Every case is different on itself and that’s why there are many ways to deal with it. Not really knowing the exact causes of autism doesn’t help either.

Because this is told from Christopher’s point of view, the writing style can come across as repetitive but that’s the whole point. It gives realism to the story. Throughout the entire book Christopher gives us his routines, why he doesn’t like to eat or touch yellow or brown things or why he has troubles understanding what other people is trying to say because he really doesn’t get sarcasm or double meanings to well. He takes it all literally, though he says he’s getting better at it.
It’s true this story is not for everyone if you have little patience for a monotonous tone, which is the effect the writing can have sometimes, but I felt moved by it. More often than not, we take other people for granted. We believe everybody is like us and when someone acts in an odd way instead of trying to understand why, we brand them as crazy or weird. This book also shows its readers how little people know about autism.

For me The Curious Incident of the Dog in the Night-time wasn’t only about Christopher trying to find out who killed his neighbour’s dog, but about how misunderstood autistic people can be. It made me sad when he was mistreated or not taken seriously but it also made me smile because it is a self-improvement tale. If you are interested in the topic, I highly recommend you reading this.

Do you know much about autism? Have you ever met someone who suffers from this disorder?