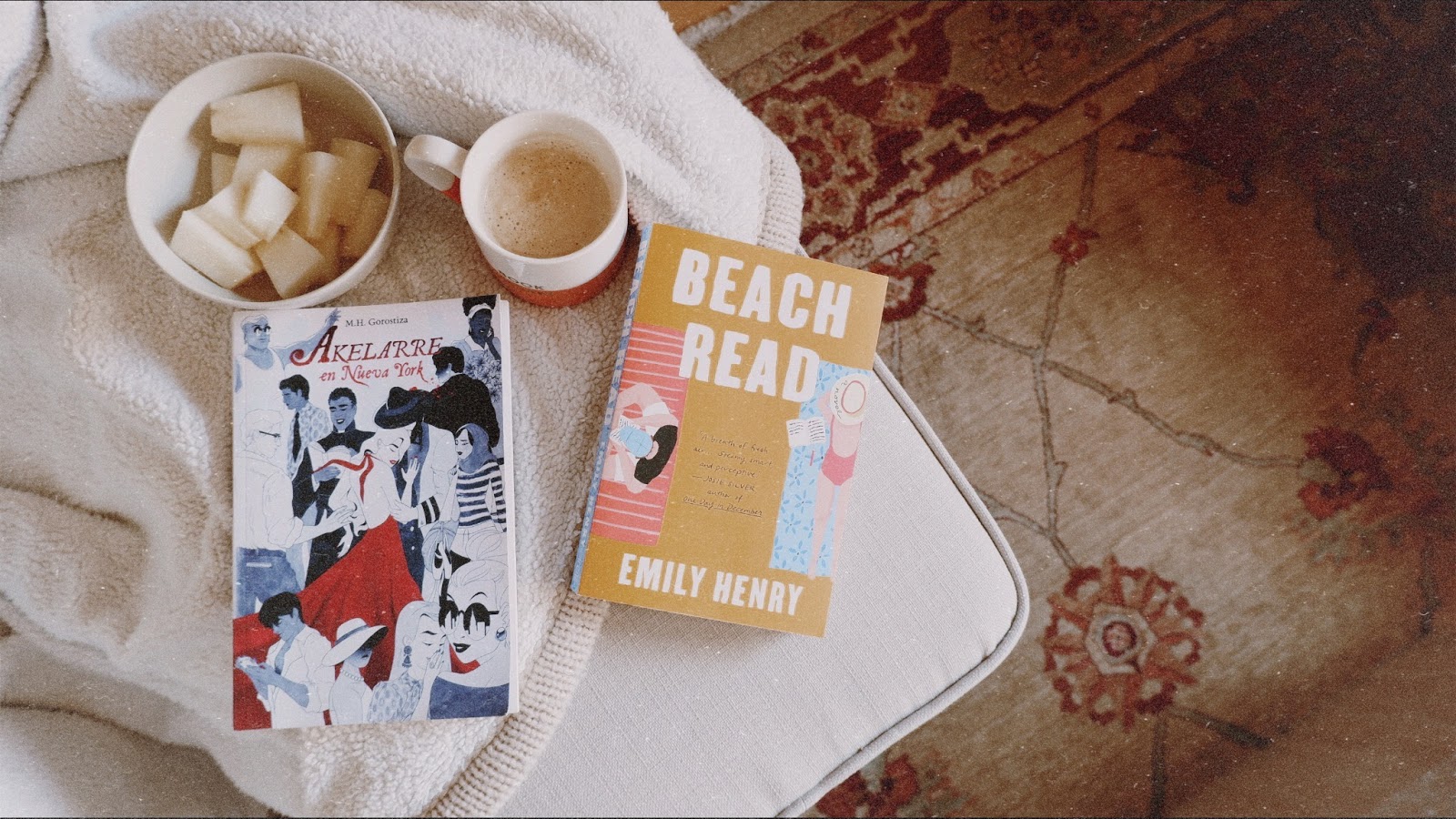 Akelarre en Nueva York by M. H. Gorostiza follows Lilith, an immortal witch who wakes up in present day New York to help British spy Benjamin Solomon to bring down a criminal organisation. I had a lot of fun with this one. It is true that it's a debut and as such it has some faults - for me, the most noteworthy is the excessive repetition of the same details throughout the novel - but the plot is intriguing from the get go and the author's writing style reminded me of Victoria Álvarez's. As a whole, the mix of fantasy (Basque mythology) and history is probably the element I loved the most; in fact, I wish there were more chapters focused on 1610's Navarre, the witches and Lilith's past - which it's something I hope is explored in the next installments as well as the rest of the character's backstories. Akelarre was sent to me by the author but all opinions are my own.

Beach Read by Emily Henry. I really enjoyed this novel. It wasn't cheesy and actually dealt with some heavy topics which I appreciated because I felt more mature and there were some moments when I actually sobbed - when it comes to romance I tend to roll my eyes more. However, the hype worked against it since I went into it with high expectations and despite being delighted by it, I was at the same time expecting a lot more. I also thought we were going to get a dual perspective but we only follow January, who is going through a very difficult time indeed, but truth be told I wish we'd also had Gus's point of view since his view of the world - at the beginning - is similar to mine (fellow pessimists raise your hands!) and I wanted to be in his head because although January is not in a great mental head space herself, she still deep down believes in happy endings whereas Gus is all "this world is meaningless and happiness doesn't exist" and how that view was challenged and how he felt throughout would have bene a massive plus for me.