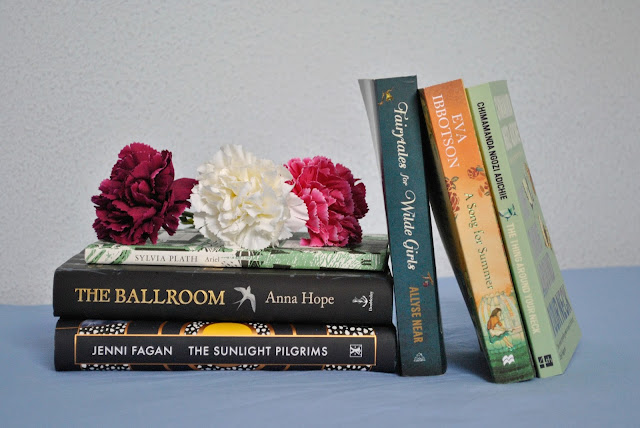 July is always a special month for me. It’s true I’m not much fond of summer but July is my birthday month so I can’t help but love him. This July I turned 25 and since then I’m trying not to panic a little bit – I think it is inevitable though. I enjoyed time with friends and family and I stayed most weekends in my grandma’s village. It’s a very peaceful place and I got a lot of reading done because sadly I couldn’t enjoy much time outdoors since hay fever there was (and still is) horrible and everything was covered in pollen, like a blanket of snow. Oh and I also went to the movies and watched Me Before You and Finding Dory. The former was nice and I enjoyed it as I enjoyed the book, but I’m well aware of its problems; Finding Dory was perfect.

I read 7 books in July and all of them were great; more than great actually since the lowest rating I gave was 3 and I had two 5 star-rating books hand to hand. Of the seven books the one I enjoyed less (and I still thought it was a nice read) was A Song for Summer. It was a fast read but full of flat characters. The two best novels I read in July were Fairytales for Wilde Girls, which I’ve been raving about non-stop since I finished it; and The Hero of Ages, the last instalment in the Mistborn trilogy.


Remember at the end of June when I said I was on a book buying ban? Well, that went out of the window. I got a few books for my birthday but I also bought some before that. I hate my lack of will power. I've shared all my new books in my Instagram so I don't see the point in a bookhaul post, but if by any chance you would like to see that, tell me below and I'll get on with it.

I have no much planned for August. I’m going to my grandma’s village as well this month and in terms of my reading I want to finish my Harry Potter re-read as well as get my hands on The Cursed Child which is coming in the mail in the next 10 days or so. I hope I don’t get spoiled. Besides that, Homegoing by Yaa Gyasi is also on my TBR for August.

How was your July? What are your plans for August? Any exciting reads planned?