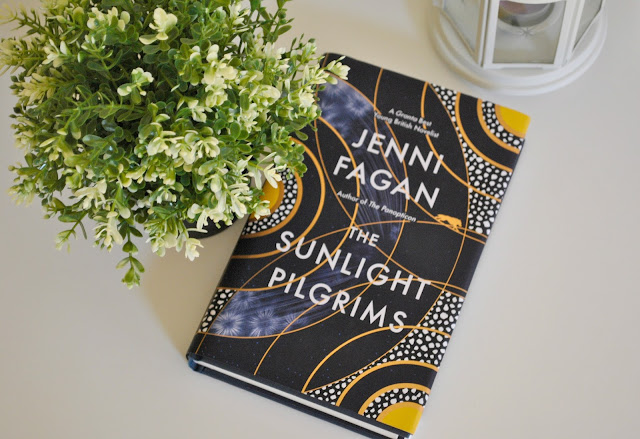 It’s 2020 and the world is on the brink of apocalypse. The temperature of the Earth is starting to plummet rather quickly, everything is freezing over and basically the whole planet is becoming a white surface. In this icy atmosphere The Sunlight Pilgrims is set, specifically in a caravan park in Scotland where we follow the lives of Constance and her daughter Stella and the new-comer Dylan. Little did they know that their lives will eventually intertwine throughout the course of the story. Oh, and keep in mind it’s the year 2020, four years from now which might seem random but it was a bit more terrifying than that because it is not a very distant future; it is just around the corner.

Cold. That’s the way to describe this novel. A cold that you feel in your bones, a cold that poses a threat to humanity when every single day new bodies are being found, frozen in the snow, or when there is no heating or enough food for everybody. You feel that threat; it’s a constant reminder to our characters that the end is near, that their lives cannot be taken for granted and that their possibility of surviving is narrow. However, when I finished reading I was left a bit unsatisfied – I thought it would have a bigger role, the main issue of the novel. Of course the environmental catastrophe is always present but I was expecting for something more that it didn’t come. It’s difficult to explain.

There is a bit of mystery going on concerning Dylan and I understand that this mystery is the reason why Dylan arrives in Scotland but it really wasn’t that big in my opinion or, at least, I wasn’t much impressed when everything was revealed. Don’t know if I was the one missing the point of it or that it wasn’t supposed to be such a big deal.

The Sunlight Pilgrims is very much a character driven novel and although sometimes character driven novels can seem a little slow, I found this book to be a real page-turner even when nothing much was happening. Jenni Fagan also deals with some complicated matters and is heavily focused on transgender issues. The characters are so quirky and very special and the dialogues are pure gold; I giggled quite a lot especially every time Stella and Dylan interacted. Constance is probably my favourite because she fights with all she has to protect her daughter even when people believe her a freak. She doesn’t care; they aren’t important for her. The only one she cares about is Stella and I found that mother-daughter relationship rather beautiful. All in all, a very engaging read and one that will make you think about human life and the dangers that life entails.