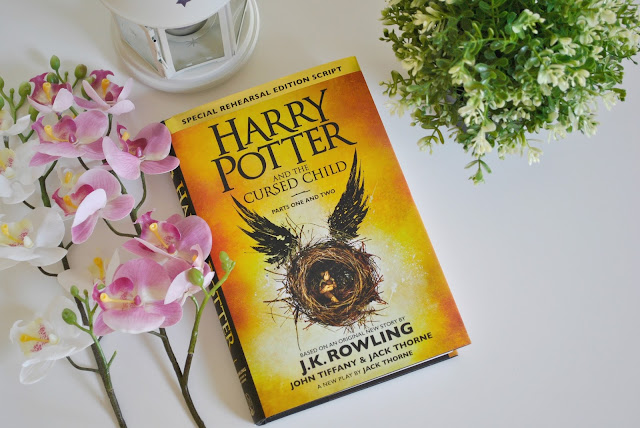 The world went crazy when a new Harry Potter adventure was announced, myself included. When I learnt it was gonna be a play, I felt a little bit disappointed because not everybody could afford to go to London to watch it but still felt some hope when they said the script was gonna be released because at least I would be able to read the story, right? Now that I’ve read it, I wish I hadn’t. Harsh, I know, but I’m insanely disappointed in this new adventure. Why? It makes no sense. I wanted to write a review without spoiling but it seems impossible when there are so many issues to talk about and not revealing certain aspects of the plot would be impossible. So, there will be spoilers ahead. You’ve been warned. This discussion might be all over the place: I have so much to talk about but I don’t want this to be very long, which will probably be. Apologies in advance for both the length and my being all over the place.

First of all, the writing was not good. And that’s a nice way to put it. I’m sorry but that’s the truth. This is not well written, or at least not for me. Also, it seriously reads like fan-fiction. What surprises me the most is how it is not as good as it should be when J.K. Rowling has been on this project since the beginning? She might not have written the story herself but she endorsed it. I’m just confused. However, and I’ll say this before getting into all my problems, I didn’t feel the need to put the book down once. It read super fast, and it’s very simple yet confusing at some points.

Let’s start with the plot shall we? Ridiculous, that’s how I’ll describe it – ridiculous, bordering on stupidity. And it’s full of holes as well. Okay, so basically, the whole thing starts with Albus being friends with Scorpius (Draco’s son) and then being sorted into Slytherin and from then on, his life turns into shit. Four years later, which by the way go by super quick (which is understandable and I'm not complaining about it), the Ministry finds a new Time-Turner (objects which were supposedly destroyed after the Battle of Hogwarts) and instead of destroying it, Hermione the new Ministry for Magic decides to keep it. At the same time, Amos Diggory, as a very old man, confronts Harry about Cedric’s death; blaming him for not trying to go back and save his son now that there is a Time-Turner available. Harry refuses. Albus hears the whole affair and at the same time he meets Amos’ niece Delphi. So basically he convinces Scorpius to skip Hogwarts and go searching for this Time-Turner into the Ministry, alongside Delphi, to go back in time and save Cedric Diggory. WHAT COULD GO WRONG? Everything since they change the past twice. The plot alone might work but it’s the way it is delivered that makes the whole issue ridiculous. Let me explain.

To get into the Ministry this new trio transform into Harry, Ron and Hermione. Scorpius knows how to make Polyjuice Potion. Now, if I remember correctly Hermione spent two bloody months making that potion. In this new story, there is no need. A few seconds and voila! Your potion is ready. Here you have your first plot-hole.

Second plot- hole: the time-turner itself. Again, if you remember Hermione had to spin the time-turner three times in order to get three hours back in time. These kids want to travel back 25 freaking years… can you imagine how many spins that one might take? Their hands would fall off before completing the task I'm sure. However, apparently there is no need. You just touched it and you get transported into the time you want. Bravo! Now, I've seen people explaining that there apparently are various types of time-turner and I could've accepted this explanation if there was some information about it in the books but there isn't so this just feel like a cop-out. It's very convenient, you know?

The third plot- hole comes when the big revelation follows. Are you ready? Delphi is not who she’s supposed to be. BIG GASP. NOBODY SAW THAT COMING (I knew she was bad since she first was introduced). But wait, there is more… she’s a Dark Wizard… wait, wait… there is still more… she’s VOLDEMORT’S DAUGHTER. Wow, man, wow. I mean, can you imagine Voldemort actually doing it?? And with Bellatrix? (gags all over the place). Okay, fine, even if he could have made it, they explained the child was born during the time Bellatrix was at Malfoy’s Mansion. How on earth didn’t the Malfoys know? Somebody explain this to me. Or did they speed the pregnancy with a spell? Hey, if they can change how time-turners work or how to make Polyjuice Potion this is also acceptable, right? There are many more plot-holes but these three were the ones that bothered me the most.

I’m still mad about this as you can probably tell. Now, let’s talk about characters because if you think you’re gonna open this and find the characters you love you’re wrong. These characters don’t look/talk or think like the characters I know from the series. These are incredibly childish. 36 years old you say? Nope. They sound like their own children. That’s not a compliment. And don't get me the whole thing of "hey, this is a play... the actors are supposed to bring life to the characters". No. That is not an excuse. It is true that when it comes to theater actors do so much with the characters, they add more layers but the thing is these characters are already layered and that is nowhere to be seen in the script. Of couse the performance will add much more but why these characters don't feel like themselves? And don't let me get started on Ron. Just. No.

Now, as I said, Albus and Scorpius change the past twice. In one of those alternative realities Hermione and Ron aren’t married (horrible, I know!) and so Hermione is the Defense Against the Dark Arts Professor. All seems fine… but then she opens her mouth and she sounds just like bitter Snape, which might be the play writers thinking this would steal quite a few laughs from the audience and it could, but it bothers me for some reason. I may be looking too far into this but does it mean that because Hermione didn’t marry Ron and didn’t have kids, she would be a bitter person? Is that all she is? As I said, I might be going too far but something to think about nonetheless.

Finally, I wanna talk about Albus and Scorpius. These two are the newbies; we don’t have a pre-established image of them so we don’t have material to compare them. They are fresh and I will admit I enjoyed Scorpius as a character.  Albus? Well, he is a bit too angsty for my taste. And people can justify his behaviour by saying he’s having a horrible time at Hogwarts but so does Scorpius and he’s not whining all the time. Anyways, that’s not my main point with these two. While reading there were certain moments, in the way they talked to each other most of the time, when it seemed like there could be more than a friendship going on between them but then that’s taken away from us when at the end Scorpius asks Rose (Hermione & Ron’s daughter) out which isn’t really harebrained but what is the point of leading your readers in that direction? I call that queer baiting and it wasn't necessary (and by the way, I'm not the only one seeing this. It's a very much discussed point everywhere).

I’ve been thinking about all these since I read the script last Wednesday and I do still wanna see the stage production and I will do so next year. This is just a script and obviously the performance could be very different. The actors' work will bring so much (thank goodness!); that’s their job. And it would also be interesting to see how magic is done live. No visual effects like in the movies. All is more raw and that’s the beauty of theater so here I’m hoping that one day, once the play runs its course in London, they would released a recording of the play so everybody can enjoy it. 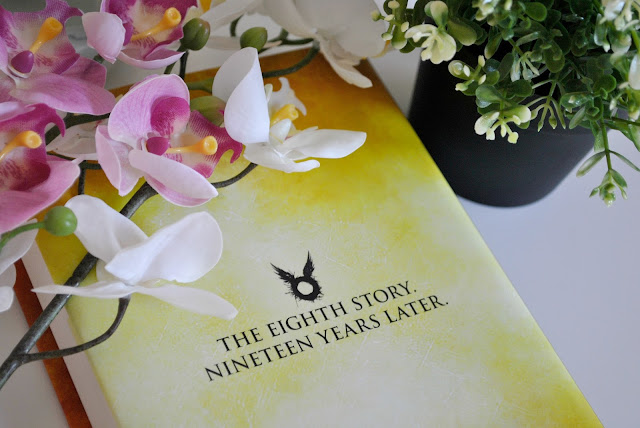