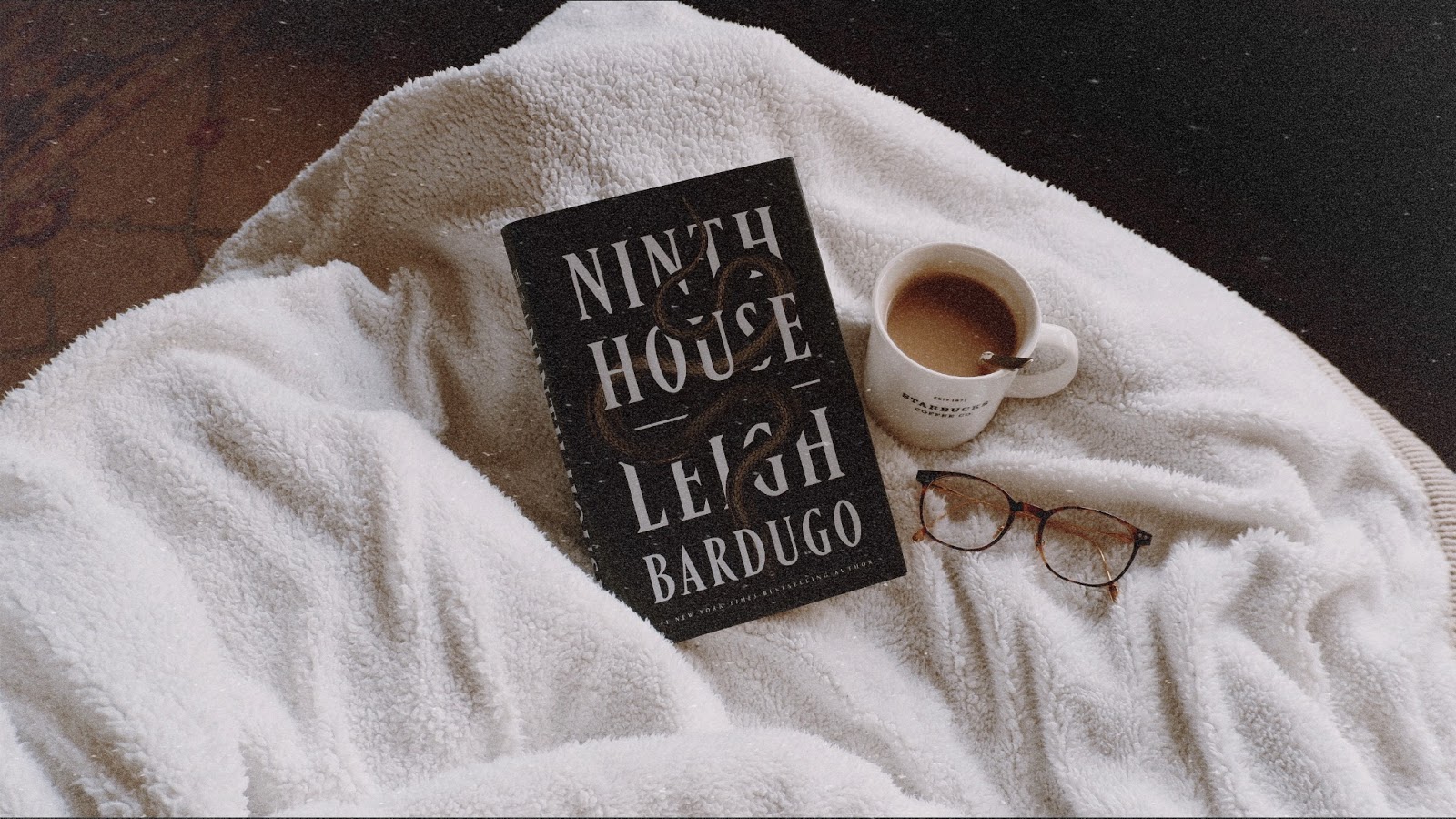 After seeing a bunch of negative reviews and a lot of people dnfing this I was scared. But it also helped me to lower my expectations and just go into it with an open mind. And what can I say? I truly enjoyed this. I won't deny that it took me awhile to get into the story, the beginning can be confusing due to two elements: one, the story isn't told in a lineal way and two, there is a lot of information thrown at you from the start. These two elements, on their own, aren't confusing per se but put together? they could be. You have to pay attention and stay focused while reading, otherwise a lot of it will go over your head. Most people I know who dnfed it, did it before the 100 pages mark and I can see why. Not everybody is gonna enjoy that. In my case, I was intrigued from the start and all the information that Bardugo lays out, despite feeling a bit info-dumpy sometimes, was related to magic and the secret societies in Yale and I was like, yes please give me more. I'm not even kidding, I was so engrossed reading about these things that if you know any book that deals with the same elements please let me know 'cause I'm craving them now.

I enjoyed the writing from the beginning but it is true that Bardugo shines when it comes to dialogue. She creates funny and quick-witted dialogues; but her descriptions sometimes threw me off. She might focus on tiny details of the surroundings that just makes some descriptions a tad too long. All in all though, I don't mind descriptive books so that also play in my favour. Keep it in mind.

The characters, however, took me awhile to warm up to and I believe the reason for that is because it takes some times to get to really know them. Alex, our main character, is a very obscure person. She is full of secrets and we don't know them, so you don't truly know what she's gonna do next or where her loyalties lie. You're always wondering who she is, especially at the beginning, and then, once you get to know her past and what she's been through, her actions are far more understandable. She's a kick-ass woman basically. Darlington, the darling boy of Yale, tends to be a favourite among readers and I did like him but I don't think Bardugo has shown us all of him and I'm hoping the sequels share a lot more light about who he is. The same goes for Dawes, a girl who helps Alex. These two form an incredible female friendship and despite them not knowing each other a lot, they still protect one another and it's one of the strongest things about this novel in my opinion. The other characters I liked as well is detective Turner. He's us. The outsider that knows nothing about magic and all of a sudden he's thrown into this world and is a bit thrown off by it.

In therms of the mystery... I figured out who did it but not why they did it. So when the reveal came I was like YES I KNEW IT but also NO I DIDN'T.

This book is a mix of everything, but primarily we have a mystery, fantasy elements and dark academia themes. Bardugo also explores power structures and privilege, related to the world of Academia. If you enjoy all of that - which I do - and don't mind a slow burner (the plot dones't really kick in till page 100 or so) which is typical of adult fantasy because the world and elements of it have to be lay out properly, then by all means read this book. Now, if you enjoy mysteries or dark academia but don't really care about fantasy, you'll probably struggle and I recommend you not to pick this up. However, if you like fantasy but don't care about mysteries I think both elements are well-balanced once the story sets off and you'll probably be alright.

At the end of it, Ninth House is not a book for everybody. And if you're picking this up because you have read Bardugo's previous work be warned that they are nothing alike. So don't go into this thinking is gonna be like The Grisha trilogy or even the Six of Crows duology.... because it is not. The vibe is completely different. The themes explored can be triggering. In terms of trigger warnings we have sexual assault and drug abuse but there is also a lot of violence and body mutilation. These are never easy things to read about and yes, they made me feel uncomfortable but I was never triggered.