I Was A Teenage Ghost Hunter by Brian K. Henry 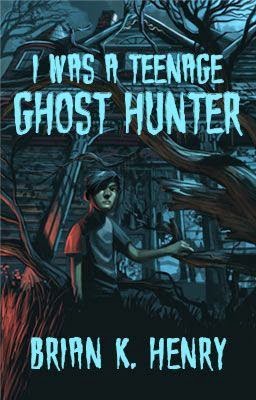 Title: I Was A Teenage Ghost Hunter
Author: Brian K. Henry
Pages: 271 (ebook)
Publication Date: March 18th 2014
Publisher: Smashwords
Summary: "Moody sixteen-year-old barista Devin Mulwray is doing his best to ignore bizarre manifestations at his job in the chilly Northern California town of Arcata. Already teased about his recurrent ‘phase-outs’, the last thing he needs is to get pegged as a guy who sees ghosts. It doesn’t help his state of mind that his boss is a sarcastic slacker, his single dad is always on the road with clients and local occult fan girl Nayra is spreading ‘ghost boy’ rumors about him online. But when violent paranormal activity badly spooks teens at an abandoned estate, Devin’s pushed into investigating by his eccentric friends Clive, a budding composer, and Rex, a tech head excited by ghost hunting gadgetry. At first reluctant to get involved, Devin’s encouraged when Emily, one of the more empathetic girls at Grey Bluff High, is impressed with his daring".


First of all, thanks to Brian K. Henry for allowing me to read his book in exchange of an honest review and let’s just say that I Was a Teenage Ghost Hunter was everything I needed.

The book follows the story of Devin, a teenager who can see ghosts, and his two best friends, Rex and Clive, in their ghostly adventures. These three characters are joined by Nayra, an expert in the paranormal and a blogger. But we also have Ramona, Devin’s boss at the café and Emily, a classmate.

Not taking Ramona, who is quite insufferable and deserves a few slaps on her face, into account the other characters are absolutely brilliant. The peculiar Nayra with her more unusual outfits and her correct (or so does she thinks) knowledge of the paranormal, the only thing she does is driving Devin up the wall and is super funny to read their interactions and snarky comments. Rex and Clive are, well, hilarious! All their ideas end up being a disaster but they just don’t see it and think they are great. They are way more excited about the whole ghost hunting than Devin is even though they can’t even see the ghosts! Emily is a classmate who supports Devin when all his classmates start picking on him due to the things Nayra keep posting on her blog. And lastly we have our protagonist, Devin who despite being the only person who can see ghosts is the sanest of them all. And the lovely thing about them is the combination of their different personalities which creates quite a unique atmosphere between them.

One of the most surprising things for me was finding out that since the beginning Devin’s friends knew about his ability. Devin doesn’t go all: ‘hey guys, just so you know I can see ghosts’ because they already know. Before starting the book I thought Devin would have to tell his friends about his weird ability and that would create the conflict of believing/not believing in this kind of stuff but no, the reader is introduced into a story where the whole ghostly stuff is already assumed and they talk about it with normality. Which is really hilarious, to tell you the truth.

Finally, one of the most interesting things for me was the stunning ability of Brian K. Henry to mix moments of tension with some killingly funny dialogues but without getting to ridicule the plot however eccentric the situations, in which the characters became involved, seemed to appear. I had so much fun reading this book and I laughed like crazy.

So, on the whole if you are looking for a quick and funny read but with a spooky atmoshpere, I Was a Teenage Ghost Hunter is your book. Oh, and also, the ending? So hilariously good.