Ready Player One by Ernest Cline 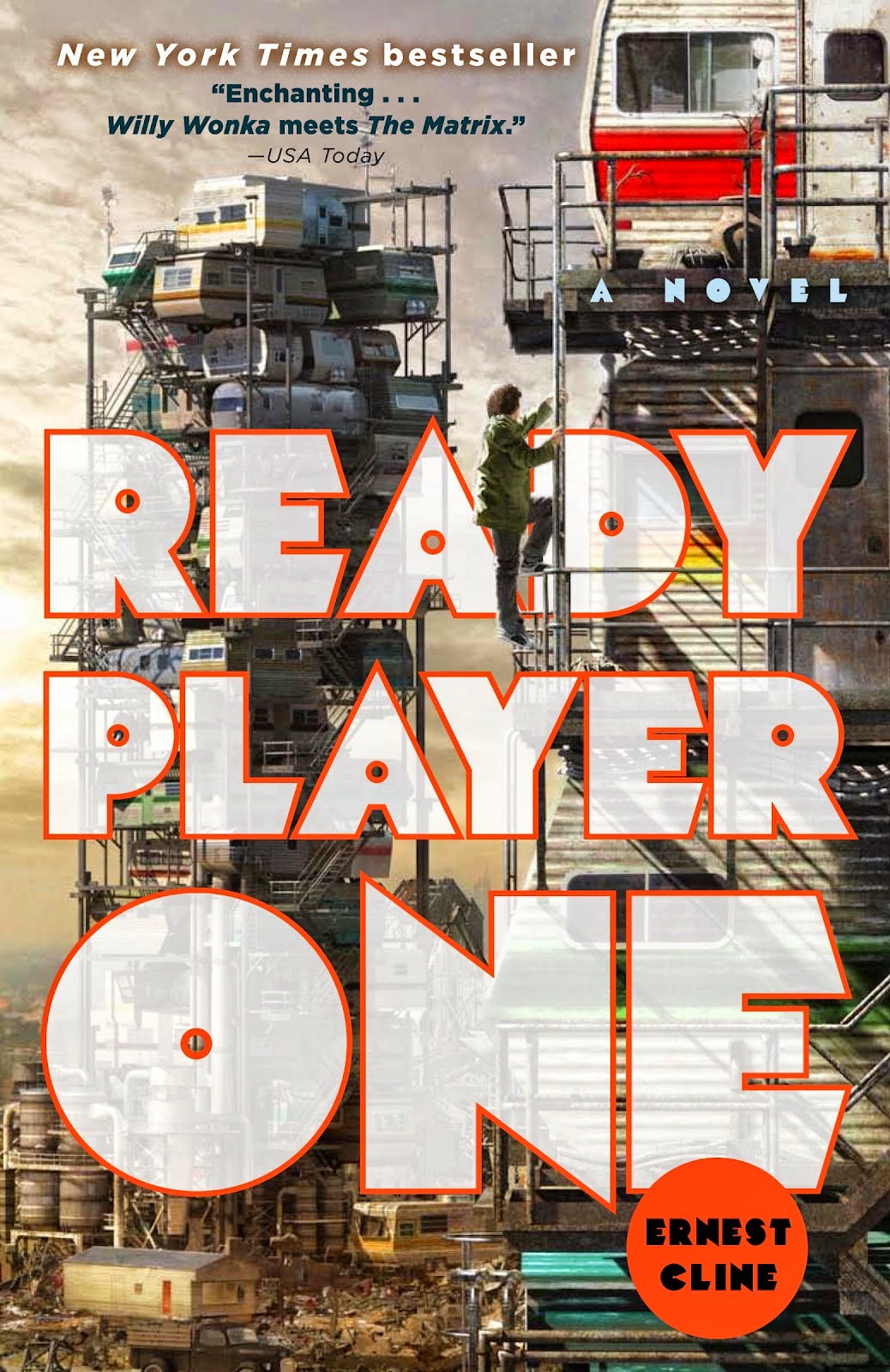 Title: Ready Player One
Author: Ernest Cline
Pages: 374 pages (paperback)
Publisher: Arrow Books
Publication Date: April 5th 2012
Summary: "Imagine the world at stake. An epic struggle between good and evil. The greatest quest in history. The fate of humanity resting in your hands. ARE YOU READY?"

Are you mentally prepared for this? Because let me tell you, it is not short! Ready? Well, don’t say I didn’t warn you  ;)

I’m not a massive fan of videogames purely because I’ve always sucked at playing them, not counting Warcraft and Age of Empire II: The Conquerors though. Those I used to love and being honest, I was quite obsessed with them. So, what made me pick this up? Well, when this book is described as a mix of Willy Wonka and The Matrix you can’t possibly say no. Or, at least, I can’t.

Based on a futuristic world, in which the natural resources have been almost consumed and the population do what they can to survive, the people shelter themselves inside a virtual game called OASIS. The novel starts telling us the ending, knowing that the creator of OASIS James Halliday, before dying, created a quest to obtain The Eastern Egg to win his fortune and all rights to OASIS because he had no heir. When I say the novel starts at the ending what I mean is that from the very beginning we already know who is going to find The Egg first, and from then on we are told the story of how that quest went, which is the truly interesting and fascinating thing about this story. And so Ready Player One follows Wade in his desire of not only find The Egg but also, in a certain way, find himself.

Ernest Cline has created an astonishing and overwhelming story that captures the reader from page one and leaves nobody indifferent. However, the only snag I have is how technical his writing style can be sometimes. Before picking this up I knew there was gonna be loads of references to the 80’s culture, including videogames, films, music bands and so on and that was not a problem but rather an incentive. What I mean is that there is a lot of vocabulary about “computer stuff” as I call it and I truly have no clue about computers. So, when certain chapters were focused on computing I was a bit lost.

I also have to say that this is hardly a light read, despise its meager 374 pages (yes, for me that’s meager) but a read that requires the reader to be fully immerse in the story and concentrate not only to not miss a single detail of it but also to completely understand what Cline truly wants to tell us.

As to the characters, our main protagonist is Wade, and what a fine protagonist he is! He is a total genius, a “gunter” (someone who is taking part in the quest and is good, meaning that he wants to win in order to maintain OASIS as a free virtual platform and to prevent IOI from gaining control of it and force their members to pay a monthly fee). Is fascinating to see how Wade develops and how he learns from his mistakes, which a quite a few. He has a big heart and he proves it throughout the entire narration. The entire book focuses on him and indirectly on James Halliday, who is basically the Willy Wonka of this story, but instead of being obsessed with sweets he has a thing for 80’s pop culture. Then we have Aech, one of Wade’s best friends inside OASIS and who also participates on the quest. At the same time we have Art3mis, one of the most famous “gunters” and Shoto and Daito, two brothers who also are searching for The Egg. We have Og Morrow as well, who was Halliday’s partner. But what story doesn’t have an antagonist? Well, for that we have Mr. Sorrento, the head of IOI, whose only mission is to obtain The Egg at all cost, not matter the price and who he has to take down to get it. Let’s be simple where: he is bad as hell (I would actually use a different word to describe him, but let’s not swear….). Every character plays its part and is great how all they intertwine.

Lastly (yes… don’t worry… we are almost finished here), I'm gonna talk about my rating and my reasons behind it. Ready Player One is divided into three parts and in both parts 2 and 3 there were times that it was harder for me to read for the aforementioned reason: too much vocabulary related to computers and that made my reading a bit slow sometimes. That’s why I rated it with 4 and a half deathly hallows. But honestly, this book IS MEANT TO BE READ, it’s so worth it! And deep underneath computers and 80’s pop culture are not the main themes, although it might seem so.

Hope you like it, and if you've read this book let me know in the comments below!
Go follow me on Goodreads!