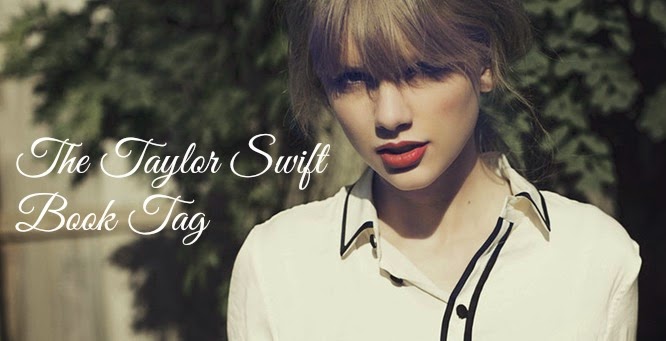 Brittany @ Space Between The Spines tagged me, a while ago, to do The Taylor Swift Book Tag and that's what I'm doing today. I'm incredibly late on tags! I still have 3 more to write, it's getting ridiculous but I swear I'll do them before 2014 ends. I promise! But let's get on with the questions!

We Are Never Ever Getting Back Together – Pick a book or series you were pretty sure you were in love with, but then wanted to break up with.

The Divergent series by Veronica Roth. I absolutely loved Divergent and Insurgent. They were so fast-paced and action packed and I love every page of those two books but then, Allegiant came in the picture and oh, God! I’m gonna pretend the series ended with Insurgent because Allegiant was so full of plot holes and inconsistencies which made me pretty mad. I’m so done with dystopian series with shitty conclusion.

Red – Pick a book with a red cover.

Forbidden by Tabitha Suzuma. I haven’t read this book yet but I’m planning on doing so very soon. I really wanna see how Suzuma deals with incest because this book is about two siblings falling in love.

The Best Day – Pick a book that makes you feel nostalgic.

My answer is gonna be the same as Brittany: Harry Potter by J. K. Rowling because it’s the series I grew up with.

Love Story – Pick a forbidden love in a book or series.

I Knew You Were Trouble – Pick a bad character you couldn’t help but love.

There are many that fit as an answer but I’m gonna go with Sebastian Morgenstern from The Mortal Instruments series. I can’t help myself; I loved how bad he was.

Innocent – Pick a book someone ruined the ending for.

Memorias de Idhún by Laura Gallego. This book hasn’t been translated into English, I believe. Funny enough I picked this one up and took it to class when I was in high school. I was only 2 pages in, TWO PAGES! And one of my best friends came up to me and asked me: “how do you feel about this?” - This being the ending of the book. I was devastated really but I enjoyed the book nonetheless in the end.

Everything Has Changed – Pick a character from a book who goes through extensive character development. 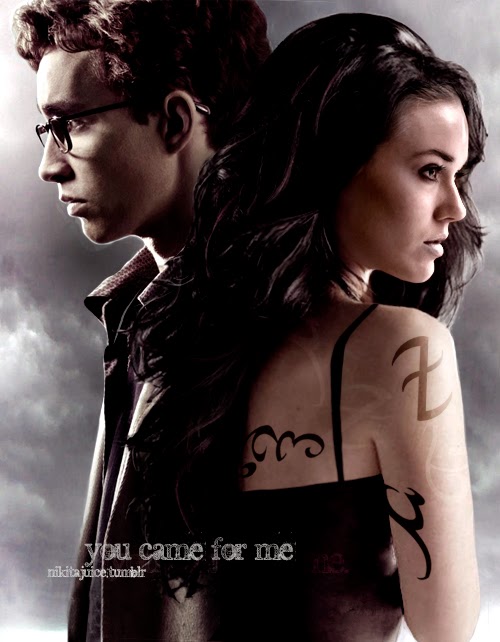 You Belong With Me – Pick your most anticipated book release.

The Winds of Winter by George R. R. Martin.  We don’t really know when this one is coming out but I just don’t care. I want it. I need it. Even if I have to wait years to get it. Period.

Teardrops On My Guitar – Pick a book that made you cry a lot.

Only one? Jeez, I’m quite the crier to be honest and so I cry with a lot of books but I’m gonna go with The Fault in our Stars by John Green. I don’t even know how I didn’t get dehydrated from crying, honestly.

Shake It Off – Pick a book that you love so much, you just shakes off the haters.

Easy, The Catcher in the Rye by J. D. Salinger. I love that book so much but I know there are loads of people who really hate it. I don’t care, is still one of my favourites.

Blank Spance – Pick the most over hyped book or series that didn’t work for you at all.

The Darkest Minds by Alexandra Bracken. I mean, I like the idea and the ending was enough for making me want to read the sequel but I picked this one up because everybody was loving it and saying how good it was and I was just like “meh!” through most of the book. The writing style didn’t grip me whatsoever and sometimes it was hard to pay attention.

The Guardians of Time trilogy by Marianne Curley. I read it when I was in high-school and loved it. I don’t hear a lot of people talking about it and I think it really deserves more credit.

Sookie Stackhouse & Eric Northman. God, I loved that pairing so freaking much! But then Charlaine Harris messed it all up. I’m not gonna spoil you with whom Sookie ends up at the end but let me tell you, I was not happy about it. Not a bit.

And that's it! I don't really know who has or hasn't done this tag already so if you haven't and you wanna do it, feel free to do it and then link me your answers! Thanks again to Brittany for tagging me because I've been dying to do this one for awhile ;)