Book Review // Fairytales for Wilde Girls by Allyse Near 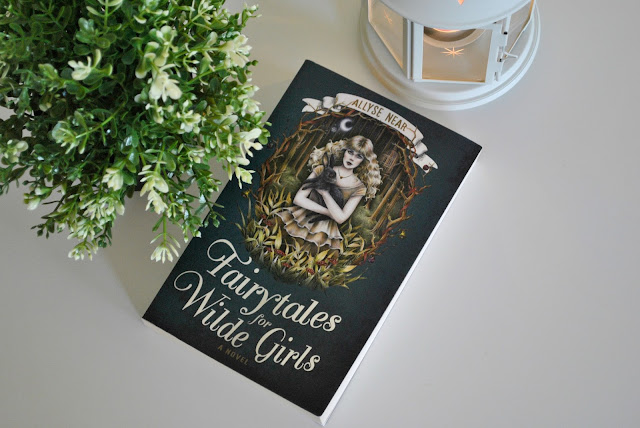 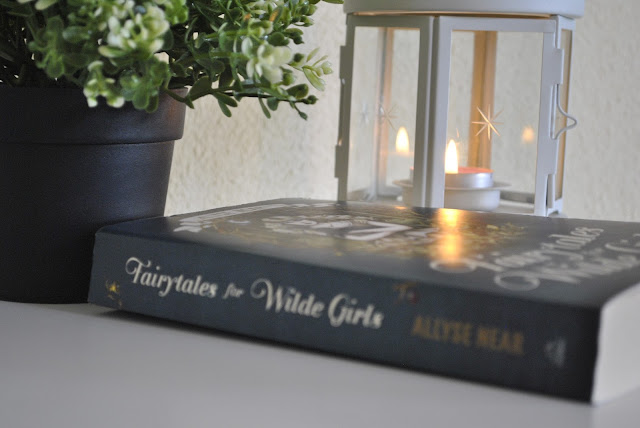 Isola Wilde is not your typical teenager. She is a human Child of Nimue and is able to see magical creatures: ghosts, faeries, unicorns… all of them living in the woods near her house in Avalon. Since she was very little she has had 6 protectors, her brother-princes as she calls them; 5 of them are ghosts: Alejandro, a Victorian dandy; Ruslana, a Fury and a ferocious warrior; Rosekin, a faerie; Christobelle, a mermaid; Grandpa Furlong, and elderly ghost; and finally James, the only one of her protectors who is human. All of them take care of her and keep her company. Nobody else can see the ghosts, not even James even though he’s a brother-prince, and every time she mentions them, there is always the same answer: “you are too old for imaginary friends!”

However, these magical creatures might be the only chance Isola has to survive when she founds a dead girl inside a birdcage in her precious woods. The girl was brutally murdered and as a consequence, her mind is twisted, poisoned and she tries to taint Isola, hurting her and making her afraid of the only safe haven she’s known all her life, Vivien’s Wood, since her father is practically an absent figure in her life and her mother is fighting her own battles with her mind.

I’ve been praising this book to the skies everywhere because it was everything I was looking for. Since the very first page I was transported into a world made of beautiful, whimsical words that made my imagination run wild. I had a hard time putting it down – I just wanted to eat it all in one go so it could always stay with me – but I forced myself to read this slowly as to get the most enjoyment out of each page, each sentence and each word within this story.


And the characters, oh dear, were part of what made the narrative so incredible. Isola is remarkable and I adored her since the beginning. I loved the strangeness and quirkiness around her; and her brother-princes? They were extraordinary. Another element I enjoyed quite a lot was the inclusion of different fairytale stories within the main story. Isola’s mother used to read her a book of fairytales when she was a little kid and those stories are told as well and they added so much to the storyline and the characters. Fairytales for Wilde Girls had also some dark elements as any other fairytale so there were some eerie moments which were creepy but fun at the same time.

My words won’t make any justice to the gorgeous piece of literature that Fairytales for Wilde Girls is but believe me, read this if you love fantasy and fairytales and dark stories. This has it all. There are no words, not really, to express my love. It’s just a feeling in my gut; the same feeling I had while reading that kept telling me this book was about to become a favourite and that it did. It deals with trauma and mental illness and the blend between fantasy and reality is fantastic. I don’t know how many times I can say this but READ IT.

Finally I want to share some of my favourite quotes:


“I may not be the most kind, the most loving, the most steadfast – but I have a little of all those things, and while I have those qualities, and the memories of the people who gave them to me, why, then Loneliness can never hurt me!”

“Ah, sweetie. If the poets couldn’t unriddle them, then you certainly can’t. Be kind, and keep your ears on offer if she wants to talk. But you can’t draw out the strangeness, Edgar. It’s not a poison.”

“There was something familiar but strange about her - Snow White with a suntan. Cinderella in biker boots. Tough and delicate and magical and real all at once.”

"Ruslana seduced men who killed women and kissed them with those very lips,cutting them open,revenging a death by taking a life" 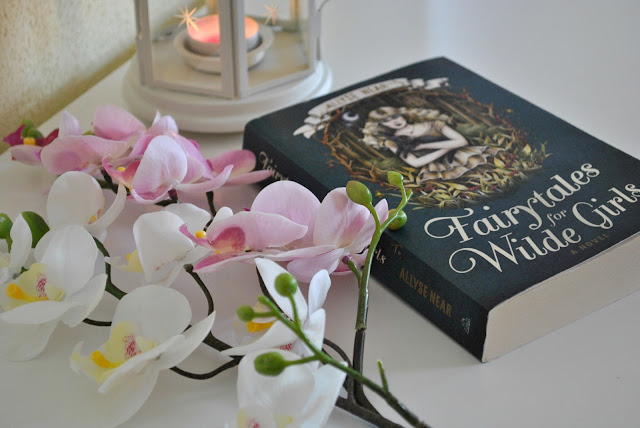