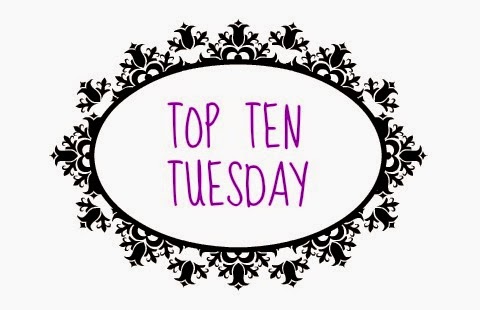 Although I wanted to make this a Top Ten Tuesday, a Top Five would have to do. Why? Well, when I was browsing Goodreads to come up with debut adult novels I couldn’t find a single list.

or maybe I’m stupid and didn’t find one, which is another possible scenario LOL

Anyways, my initial idea was listing 5 YA debut novels and 5 adult ones and now I’m just gonna list the 5 YAs. If any of you know some adult debut novels, don’t hesitate and comment them below ^^

An Ember in Ashes by Sabaa Tahir. This is a fantasy standalone novel (yes! A standalone! Let’s celebrate!) And I’m just gonna copy paste the first four lines of the summery on Goodreads because it was enough to catch my attention:  “Set in a terrifyingly brutal Rome-like world, An Ember in the Ashes is an epic fantasy debut about an orphan fighting for her family and a soldier fighting for his freedom. It’s a story that’s literally burning to be told”. I mean, I was completely sold after that. April can’t come soon enough.

The Wrath & The Dawn by Renée Ahdieh. This is a retelling of A Thousand and One Night and that combined with that cover (LOOK AT THAT BEAUTY!) it was enough. This one comes out in May. And technically this is not a debut novel since Renée has another book published but we are just gonna pretend it is a debut, okay? Okay.

Written in the Stars by Aisha Saeed. This is a contemporary novel set in Pakistan about a girl named Naila whose parents are trying to marry her to a man of their choosing. I’m not really the biggest fan of contemporary but I was drawn to it because of the cultural setting. It comes out in March.

Under a Painted Sky by Stacey Lee. This one is a historical fiction novel set in 1849 about a Chinese girl. I’ve been trying to give you a synopsis myself but I just thought, again, the Goodreads one is pretty neat: “Missouri, 1849: Samantha dreams of moving back to New York to be a professional musician—not an easy thing if you’re a girl, and harder still if you’re Chinese. But a tragic accident dashes any hopes of fulfilling her dream, and instead, leaves her fearing for her life. With the help of a runaway slave named Annamae, Samantha flees town for the unknown frontier. But life on the Oregon Trail is unsafe for two girls, so they disguise themselves as Sammy and Andy, two boys headed for the California gold rush. Sammy and Andy forge a powerful bond as they each search for a link to their past, and struggle to avoid any unwanted attention. But when they cross paths with a band of cowboys, the light-hearted troupe turn out to be unexpected allies. With the law closing in on them and new setbacks coming each day, the girls quickly learn that there are not many places to hide on the open trail”.

Red Queen by Victoria Aveyard. I believe this is a mix between fantasy and dystopia. Society is divided Reds, who are commoners; and Silvers, who possess powers. The main character, Mare, is a Red who finds herself working for the Silvers and despite being a commoner she soon finds out she has a power that can threat the rule of the Silvers. So, long story short: who will win? I do wanna find out this February when it comes out.

And that's my list! Do you know about any of these titles? Do you wanna read them as well? Tell me below alongside your most anticipated debut novels!