Book Review // The Girl on the Train by Paula Hawkins 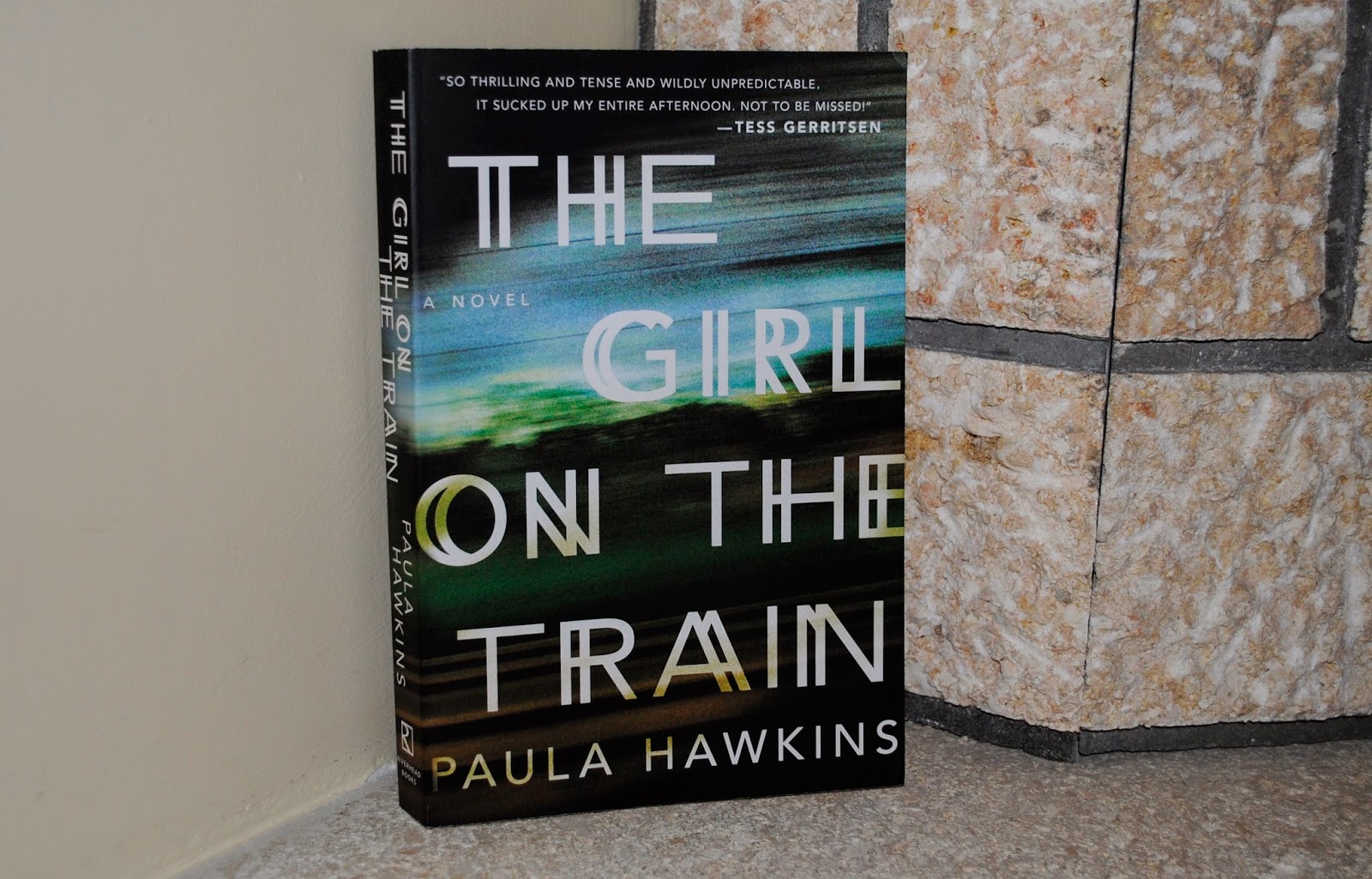 The Girl on the Train by Paula Hawkins {Goodreads}
Published by Riverhead Books in 2015
Paperback edition; 323 pages {BookDepository}
"Rachel takes the same commuter train every morning. Every day she rattles down the track, flashes past a stretch of cozy suburban homes, and stops at the signal that allows her to daily watch the same couple breakfasting on their deck. She's even started to feel like she knows them. “Jess and Jason,” she calls them. Their life—as she sees it—is perfect. Not unlike the life she recently lost. And then she sees something shocking. It's only a minute until the train moves on, but it's enough. Now everything's changed. Unable to keep it to herself, Rachel offers what she knows to the police, and becomes inextricably entwined in what happens next, as well as in the lives of everyone involved. Has she done more harm than good?"

Okay, when someone tells you The Girl on the Train is the next Gone Girl you pay attention. Or at least, I did since Gone Girl blew my mind away when I read it almost two years ago. The problem with comparisons is that sometimes they get into your head and, in some sort of way, spoil your reading experience a bit. I won’t deny the comparisons annoyed me a bit now and then but fear you not; this is not an exact replica of Gone Girl but there are indeed some similarities. One of my other issues with this was my own expectations. Of course they were high and yet again, they proved to be fatal for me. But let’s not get all negative, shall we?

“If I sit in carriage D, which I usually do, and the train stops at this signal, which it almost always does, I have a perfect view into my favourite trackside house: number fifteen.”


I loved the creepy atmosphere surrounding the plot and how you really can’t trust anybody. And when I say anybody I mean it; starting with our main protagonist, Rachel. For starters, she is an alcoholic and doesn’t remember half of the stuff she does during the day and she’s not really sure if the other half of stuff really happened as her mind tells her. She catches a commuter train every single day and she sees the same house when a lovely couple living there. She imagines how their lives would be but one day she sees something she can't forget about. It eats her and then, the woman from that house goes missing. After that she knows something is horribly wrong but she can't tell exactly what. I won’t say more because really the chances of spoiling just a little bit are high and I prefer not to tell more just in case.


“It’s impossible to resist the kindness of strangers. Someone who looks at you, who doesn’t know you, who tells you it’s OK, whatever you did, whatever you’ve done: you suffered, you hurt, you deserve forgiveness.”

Also if you think the Gone Girl characters were awful, wait until you read this. Honestly, I have no problem reading books when the characters are horrible people but this book just takes the prize. And it was very frustrating – the ‘I-wanna-throw-this-book-miles-away’ kind. But in reality the characters are the greatest thing about this novel. They are rough, messed up (even though I would go for a harder word to describe it…), untrustworthy and, yes, frustrating but that’s really the fun part, don’t you think? I told you I love this kind of books and it’s because of the characters. I feel like I could write a dissertation about them but I’m gonna keep it simple and leave it like that. If you wanna know more, you will have to read it.

“One for sorrow, two for joy, three for a girl. . . Three for a girl. I’m stuck on three, I just can’t get any further. My head is thick with sounds, my mouth thick with blood. Three for a girl. I can hear the magpies—they’re laughing, mocking me, a raucous cackling. A tiding. Bad tidings. I can see them now, black against the sun. Not the birds, something else. Someone’s coming. Someone is speaking to me. Now look. Now look what you made me do.”

Although I said I wasn’t gonna get all negative, besides the comparisons and my expectations I did have another problem: I saw the twist, or rather, I found out about the truth way before the whole thing was told. Bummer! Don’t get me wrong, the author does a good job at making you create all kind of theories about ALL the characters but I figured it out anyway. Not at the beginning though but a little too soon and even though I like the whole thing wrapped up, I was disappointed because it wasn’t a surprise. Once my brain put the pieces together, the revelation was just a way of checking how right my theory was.

But don’t let this get you down. If you wanna read it, do it because is a great creepy book. The reader, as the characters, is not sure of anything. I highly recommend The Girl on the Train if you like reading thrillers and even more if you love unreliable and damaged characters.