Book Review // Once Upon A Time by Marina Warner 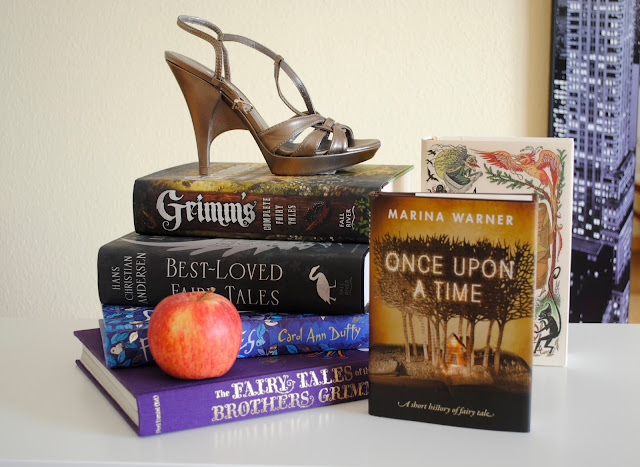 Once Upon A Time by Marina Warner {Goodreads}
Published by Oxford University Press in 2014
Hardback edition; 201 pages {BookDepository}

Non-fiction is way out of my comfort zone, not because I don’t like it but because I feel is like reading a text-book and for that, I have Uni already. Yet, I was very much intrigued by this. I’m getting into fairytales lately and I’ve heard of Marina Warner before since she’s supposed to be prominent figure in this department. I have no idea how to review a non-fiction book and therefore, I’m just gonna tell you below the issues it addresses and how I liked it.

The book explores the many different versions of some very well-known fairytales. For example, Perrault’s Cinderella isn’t the same as Brothers Grimm’s. While Perrault’s features the fairy godmother and it’s the main inspiration for the Disney version, in the Brothers Grimm’s version Cinderella asks a tree for help, a tree that is her mother’s personification. The Brothers also tended to be crueler. This was my favourite part of the entire book: the comparisons between several authors, not only Perrault and Brothers Grimm, and getting to know what they changed and why.


There is also room to talk about modern writers and how they have re-interpreted the fairytales. One writer kept popping up every time: Angela Carter and her Bloody Chamber – a book I plan on reading as soon as the postman brings it to me.
Fairytales have not only being a huge part of different social movements like feminism but have also influenced Freud and his psychoanalysis for instance. The movie industry and its diverse interpretations are also discussed within the pages of Once Upon a Time and there are now a few movies I want to check out.

Warner drives us in a very light and gently style through the different fairytales, their different writers and what inspired them and what have fairytales mean throughout the centuries since they’ve been around. They have influenced our morality, sexuality and as a result, society. It’s nearly impossible to detach culture from them. Fairytales are an irrevocably part of us. If you are interested in this topic and are looking for something easy to follow and interesting, Once Upon a Time might be the book for you.

Do you like fairytales? Do you know the original versions? Which one is your favourite?