The Lunar Chronicles by Marissa Meyer (No Spoilers) 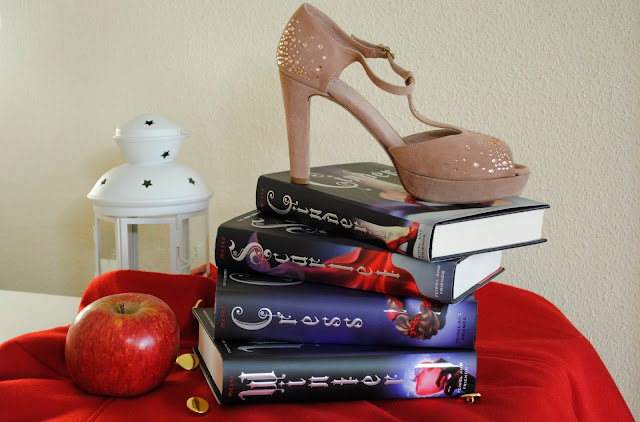 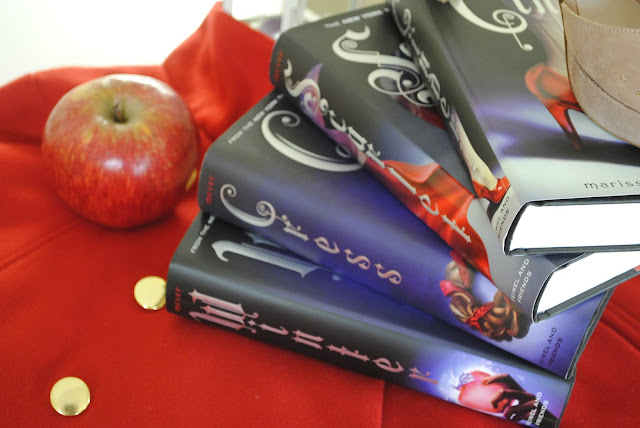 Cinder, Scarlet, Cress and Winter are the titles in the Lunar Chronicles, a four-book sci-fi/fantasy series written by Marissa Meyer. Each book entails a new take on very well-known fairytales; namely, Cinderella, Red Riding Hood, Rapunzel and Snow White. Although each book focuses primarily on one character, the series is one epic story. One of the greatest things about it is that Meyer set it in a futuristic world where humans, androids and cyborgs coexist. For obvious reasons I’ll be giving you general information about it and what I liked or disliked in a vaguely way in order to avoid spoilers because nobody likes them – and with good reason.

We are firstly introduced to Lihn Cinder, a cyborgs living in New Beijing with her stepmother and her two stepsisters. She works as a mechanic at the market place and one day an unexpected visitor finds her way into her shop. That visitor is none other than Prince Kai who needs to get his android fixed. From that day on, never is the same in Cinder’s life as she’s caught in the middle of a political struggle when the tension between Earth and Luna increases due to a mysterious and deathly plague.

Fairy-tales is something I love and re-tellings always catch my attention since I find very intriguing to see what authors can bring to them. How they play with them. However, as most of you know, this year I haven’t been having the greatest luck in the YA department and although I was very excited about the series, I was skeptical at the same time. Fear, though, I shouldn’t have had.

I laughed, I cried, I swooned (seriously, there are some very swoon-worthy male characters… Thorne being my favourite of the lot) and I had my heart skipping beats when I couldn’t bear the tension. About the main female characters, our heroines, my least favourite has to be Cinder and it is not that I didn’t like her, because I did, but she felt very gullible to me sometimes even when she should have known better. Winter is a precious little thing and Cress was adorable. The toughest of them all, a kick-ass woman, is Scarlet. All of them have good and not so good things but they create a nice mix and it was great “seeing” them all develop, character-wise. That being said, my favourite character is probably Iko, an android and Cinder’s best friend. She’s sassy, funny and loyal among other great personality traits. Also, her snappy comebacks were always on point and gave me life while reading.

I enjoyed how vast the world is, and diverse too which is always nice. Still, I found some parts a tad predictable, the first book specially; and yes, Cinder is my least favourite of them all but I still enjoyed it, a lot. The series gets better and better with every book, with quite a few twists. Winter dragged a bit but it was bound to happen with its 800 pages. That is a mammoth of a book. The books are divided into parts and at the beginning of each one, Marissa Meyer also includes a snippet of the original fairy-tales and then she works with that. All in all, the story was great for me and I highly recommend it.

Have you read the series? Did you like it? Or, are you guys reading it at the moment? Also, if you have read it, please try not to spoil it in the comments just in case someone who doesn’t know what happens reads it :) 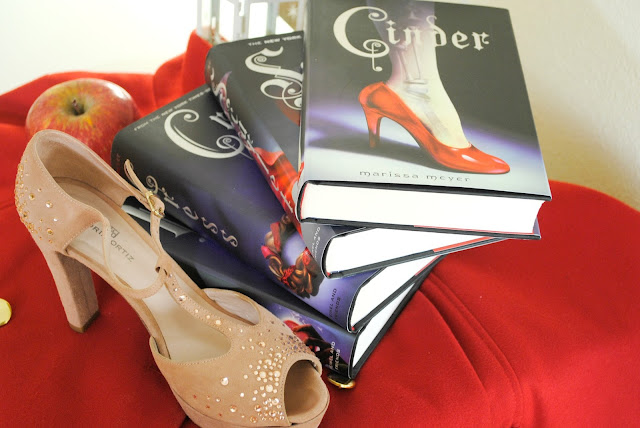 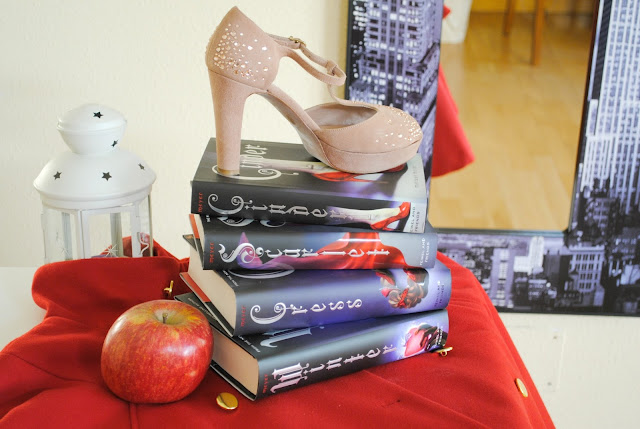