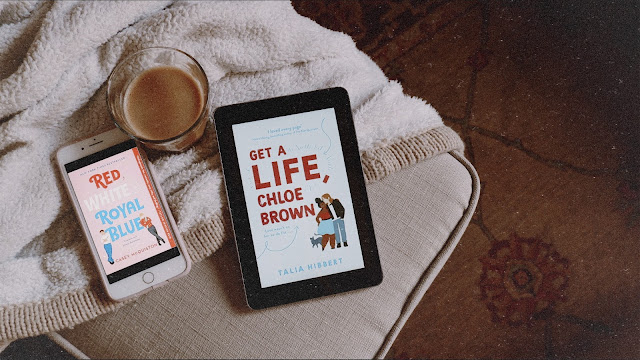 Get a Life, Chloe Brown by Talia Hibbert. I really enjoyed this. For some weird reason I thought this was YA but no, definitely not YA considering all the steamy, graphic scenes. I will say I wish the story was longer so certain issues would have been explored a lot more since the problems both main characters were facing were incredibly important (Chloe has fibromyalgia and Red is dealing with the emotional/psychological consequences of a previous abusive relationship) but I also understand that despite all that, this book is meant to be about two people realising they are perfect for each other. It's supposed to be light-hearted, about the joys of finding the one, without forgetting that Chloe is dealing with a chronic illness and Red with psychological trauma.

Red, White & Royal Blue by Casey McQuiston. I enjoyed it despite being cheesy and fluffy because all characters were adorable and I had a nice time reading it. It has its problems but as romance is not really my thing, I didn't go into it expecting a masterpiece. Some people found the whole "politics plot" boring because it took out from the romance but I actually really enjoyed it so there's that.