July 19, 2014
I'm one of those people who love to hear music while reading but I don't normally tend to link certain songs to certain books. Don’t ask me why. I don’t know.

However, when I saw that some booktubers were making Books and Songs video I thought it was a terrific idea and since then I have wanted to make one of my own. As you may or may not know I don’t have a Youtube channel and I didn’t really know how a blog post about this topic would turn out. You simply put the book and next the song? It sounded lame. But then again, why not making it anyways? I picked up 6 books, even though two of them go together. It will be a long post but here it goes nonetheless. Enjoy!!

1. Shatter Me by Tahereh Mafi

While reading this book I listened for the first time to Give Me Love by Ed Sheeran. Yes, yes... I know this song is old but I haven't heard it before and I thought it described perfectly well how Juliette feels about her powers and its consequences. She can't live a normal life, she can't be loved and truly the only thing she wants is to fit in and have someone there by her side.

Wonder has a soundtrack of its own really because R. J. Palacio picked up some really good songs to introduce some of the POVs in the book, but still I really think both Human by Christina Perri and Brave by Sara Bareilles kind of remind me of what August goes through.

To be honest, the song I picked up for this book, Stay by Hurts, has nothing to do with the general plot but instead is focus on two of my favourite characters: Simon and Isabelle and how their relationship goes on in this book.

4. The DUFF by Kody Keplinger

I read this book two months ago and I can say is one of my favourtie contemporary books ever. I loved how Kody developed the story and how it all ended. The song I picked up is Starring Role by Marina and The Diamonds because in a way it captures perfectly well the frenemy relationship between Bianca and Wesley.

5. The Archived & The Unbound by Victoria Schwab 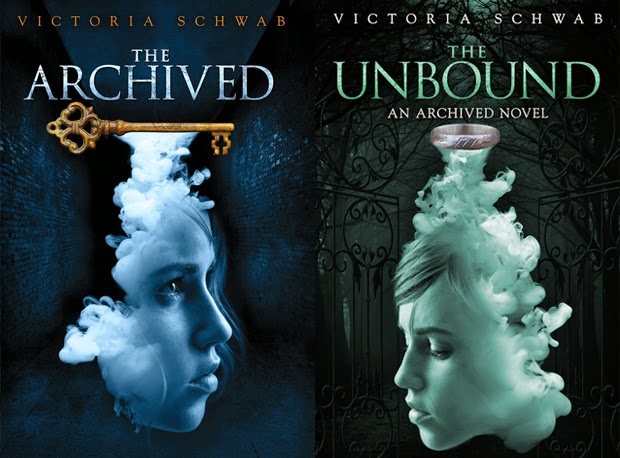 This duology is one of my favourites so far this year. I love the originality of the plot and how unnerving and disturbing it is most of the time. My music choice for this one is Murder by Within Temptation because it makes me feel as I felt reading the books and it describes so well one of the characters it’s actually scary.

I really hope you enjoy this post! Maybe I do more in the future, who knows!