July 31, 2014
Seriously, I can't believe July is over... Seven months of 2014 are gone now. Where is the time going? Basically this month I’ve read 6 books and 1 novella and even though there are less books than previous months I still have to say I’m happy about my reading month. 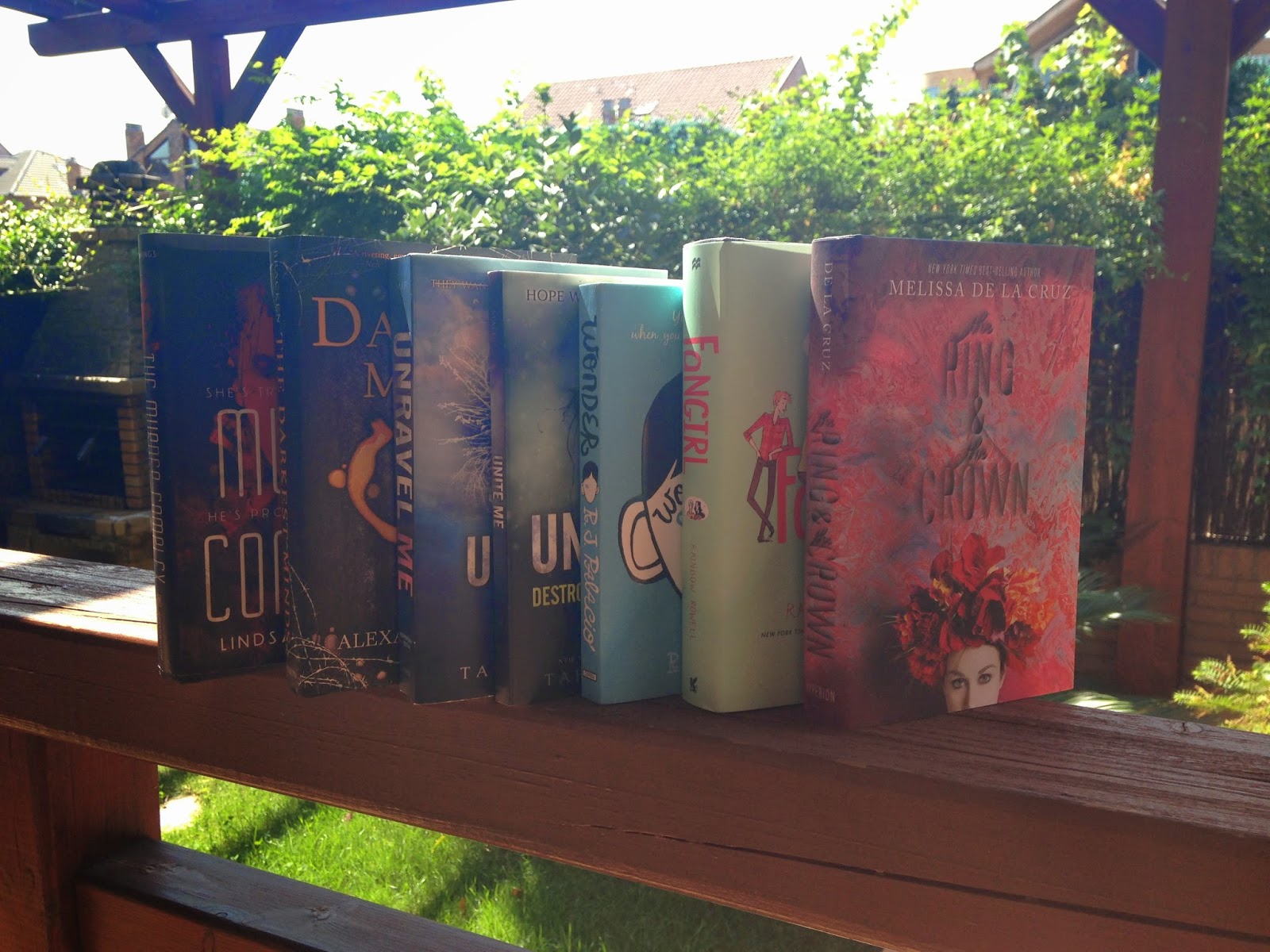 1. The Ring & The Crown by Melissa de la Cruz
2. Fangirl by Rainbow Rowell
3. Wonder by R. J. Palacio
4. Unravel Me by Tahereh Mafi
5. Fracture Me by Tahereh Mafi
6. The Darkest Minds by Alexandra Bracken
7. The Murder Complex by Lindsay Cummings


I started The Ring & The Crown in June but didn’t finish it until July mainly because it was quite a disappointment for me. I thought it was gonna be a fantasy read but no, it was like a contemporary read based on a parallel 21st century world with the mindset of the 14th century. I gave it 2 stars.

Then I picked up Fangirl by Rainbow Rowell because I’ve been dying to read this one for a long time and oh my god, this book! It was perfect, just perfect and I was sad when it ended because I needed more, much more. After this one I was still in a contemporary mood so I started Wonder by R. J. Palacio which was pure awesomeness. I did a review of it so if you want to check it out here it is: http://t.co/w3NnYChV0N. I gave Fangirl 4 stars and Wonder, 5.

After these two I was kind of in a slump and instead of forcing myself to read I decided to embrace it and slow my reading. So I picked up Unravel Me, which is the second book in the Shatter Me trilogy by Tahereh Mafi, and then I read the novella Fracture Me which focuses on Adam. Fracture Me was okay, nothing really special (I gave it 3 stars) but Unravel Me was a huge improvement from Shatter Me so I ended up giving it 4.5 stars.