December 31, 2014
Guys, are you aware of the fact that tomorrow will be 2015? ARE YOU? On one hand, I want 2014 to end because it hasn't been the greatest, especially since the end of summer but on the other hand, I'm scared about 2015. Anyways, I'm here to talk about my reading this month and as most of you would know, it hasn't been the greatest but, to be honest, I don't care. Here you have them: 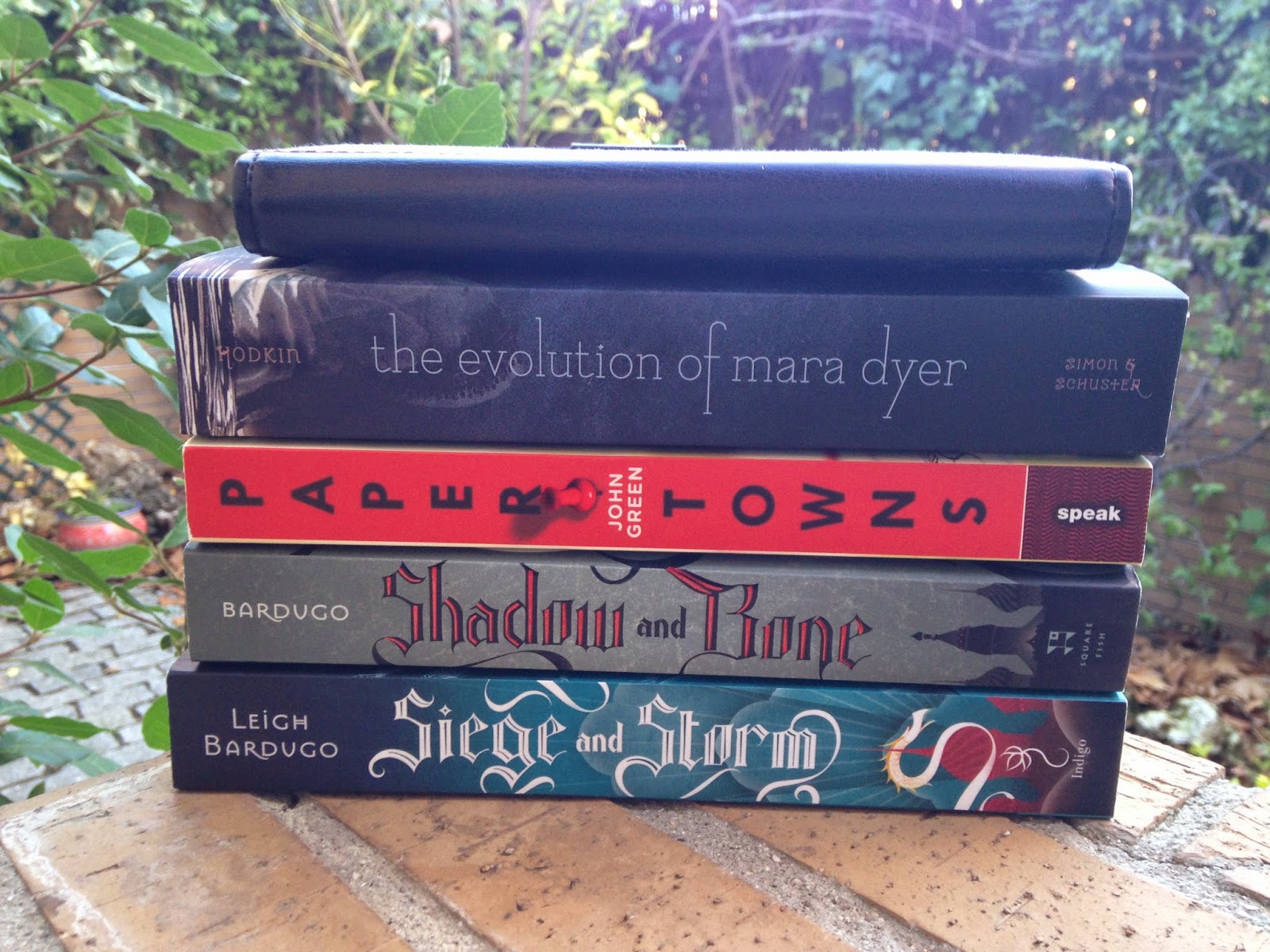 I picked up Shadow and Bone to buddy read it with Sarah at Bookish Retreat and I expected to like it alright but oh boy, was this book brilliant! I loved it! Such a compelling first book in a trilogy. All the twists I didn't see coming and the characters and the world building were surreal. I was sucked into the story. It is an incredible book and I highly recommend it if you like fantasy. I gave it 5 stars.

And of course, I really like to marathon my series, especially if they are complete, so I had to pick up the second book, Siege and Storm, straightaway and sadly I was spoiled, by myself, which is even worse (I would never trust Goodreads again, like, EVER!) and the ending was ruined for me. It devastated me because it is a great sequel. A bit dragging in the middle but still really good and I had to give it only 3 stars because my whole experience with it was destroyed. Just so you know, I even thought about DNF it and that's something I never do. But I persevered and finished it even though it took me 11 days to get through it.

After that, I went for Paper Towns by John Green because firstly, he has never disappointed me and secondly, contemporaries are easier to read. Long story short, this book disappointed me and it was definitely not easy to read. I liked the writing style but the whole plot is was a big "meh!". It didn't impress me and most the characters were so annoying. Quentin, the main character, was fine at the beginning but then I started to dislike him. His obsession with Margo was everything but healthy and don't get me started on Margo. I despised her in every possible way. The only character that saved the book for me was Radar. And despite the fact that some dialogues were hilarious, the book lacked realism at certain parts. I can't believe I didn't like this since both The Fault in Our Stars and Looking for Alaska are two of my favourite books. Such a shame! I gave it 3 stars (only due to the funny dialogues and Radar, he was just that good!), but truly this one deserves 2 stars and I'll probably change my Goodreads rating.

While I was reading Paper Towns, H. S. Stone contacted me and ask me if I wanted to read his book and after reading the plot I said yes and luckily I didn't regret it. I did a whole review of Gifted, which you can check out here, but I do wanna say that I really enjoyed it and I highly recommend it if you want to dive into fantasy. It is about a world when people is divided into Regulars and Gifteds, and the latter, once discovered, are imprisoned and forced to fight in a duel with their own kind until the death... very much like gladiators. I gave it 4 stars.

Finally, and since I want to finish some series, I went ahead and started reading The Evolution of Mara Dyer by Michelle Hodkin and holy moly, that book! It played with my mind in such a scary way that I still don't know how to gather my thoughts about the whole situation. The ending though was a massive WTF moment, I was completely speechless. The only thing that prevented me from giving it 5 stars was the fact that both Mara and Noah frustrated me with the whole 'let's keep secrets' thing between each other... can you just please be honest? Anyhow, I ended up giving it 4.5 stars.

And there you have it, all the books I've read this December. How did you do this month, reading wise?

Hope you are having an amazing day and I wish you all a very Happy New Year! See you all in 2015!