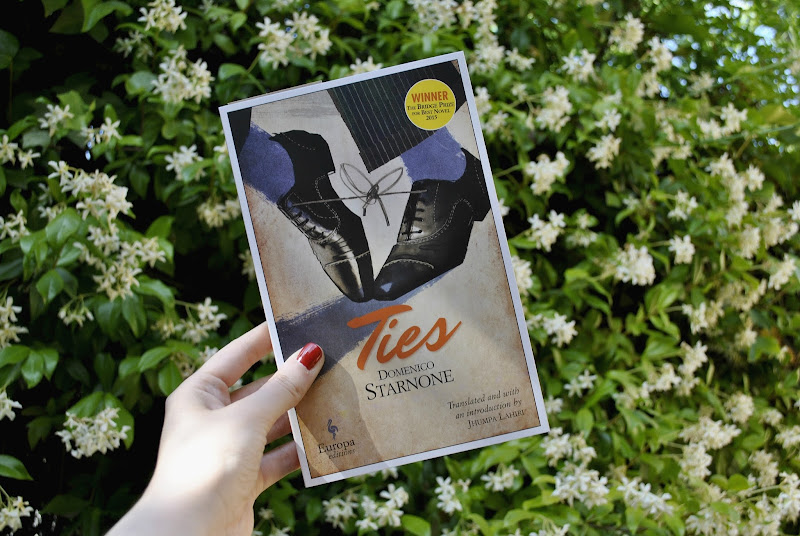 “In case it’s slipped your mind, Dear Sir, let me remind you: I am your wife. I know that this once pleased you and that now, suddenly, it chafes. I know you pretend that I don’t exist, and that I never existed…” are the words which open Ties, a novel about a fractured marriage told from the perspective of the wife, the husband and the children. I went into it with zero expectations since I received it in my March Moth Box and haven’t heard about it before and I was taken completely by surprise.

Before going into my thoughts and feelings for this novel I want to talk about Jhumpa Lahiri’s both introduction and translation. The introduction is fantastic at explaining why she loved the novel so much and she sets the mood for the actual story; she also writes a bit about how was for her translating it into English which I always find fascinating. And regarding the translation, I think it’s great. It feels like English and nothing feels odd or out of place. Now, let’s talk about the novel.

Under the pretext of a marriage apparently broken due to the infidelity of the husband, Starnone explores  how one’s actions affect and shape not only a person’s life but also the lives of those around and how we can keep ourselves and those we love prisoners. But it’s not the only theme the author tackles. Ties is focused on the characters and with almost no plot whatsoever it appears to be a quiet novel; however, it speaks volumes and it is such a pleasant yet devastating experience to read about these people and how, because they not only lie to each other but to themselves, they now look at their past with such bitterness and sadness that it will ultimately break the reader’s heart – it definitely broke mine. Yet, once you’re done with the novel, there is this sense of hope; that it is possible to face one’s fears and see one’s faults even if doing so hurts. As mentioned at the beginning, this is told from different perspectives and I really enjoyed that aspect of the story because it allows the reader to see different versions of the same people and how each one is different depending on who is telling the story.

Another issue that I found so interesting was the discussion of how we “mold” our kids by our behaviour and how much damage we can cause them without even realising it; there is one particular character who feels people shouldn’t have children because it will only bring pain to both the parents and the kid although I wish that could have been explored a bit more since it is such a thought-provoking idea and one I don’t normally read about.

‘Ties’ is one of those rare novels that invites you to re-read it as soon as you've finished it not only to enjoy once more the beautiful writing but also to take even more out of the story the second time around.