August 28, 2014
I did not know what the Liebster Award was so when I got a nomination I was like what?! In case you, like me, are completely oblivious about it it is an award given to new blogs, to get followers and views. Morrighan Rose from Elysian Fields Reviews nominated me and it took me completely by surprise. Thank you so much! 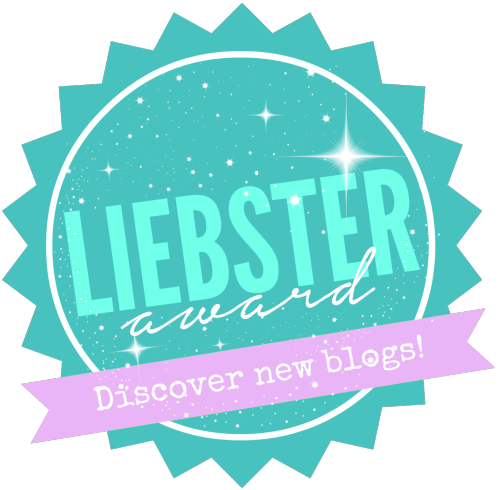 1. Thank the blogger who nominates you.
2. Answer the 11 questions she/he asks of you.
3. List 11 random facts about yourself.
4. Nominate 11 bloggers with less than 200 followers.
5. Ask these 11 bloggers 11 questions of your own.
6. Let them know you have mentioned them.

1. What is your favorite genre of book to read and your favorite book from that genre? My favourite genre is (epic) fantasy and my favourite book (okay, it is quite harsh to narrow it down to be honest) but I will say Storm of Swords by GRRM was (and is) pretty epic

2. If you could live in any world from a book, which would it be and why? This one is easy: in the Harry Potter world. That will be totally awesome!

3. Who is your favorite fictional character of the same sex? Does this character remind you of yourself, or someone you would like to be? My favourite female fictional character ought to be once again someone from the Harry Potter world, and it could be either Hermione or Ginny. They don’t necessarily remind me of myself but they are quite strong female characters and I love that.

4. Who is your favorite fictional character of the opposite sex? Why? (: Kill me now because I don’t think I will be able to pick one….. *after several hours thinking…. Not really, but maybe half an hour LOL* My pick, or picks because I can’t decide, for this one will be both Simon Lewis from The Mortal Instruments Series and Will Herondale from The Infernal Devices Trilogy. Why? Well, I pick Simon because he’s kinda dorky and super funny and incredible loyal and Will Herondale is to die for really when it comes to male characters and he loves literature (it can’t get better than that!)

5. Tell me the most random fact about you. If you think a koala is lazy you haven’t met me yet hahaha

6. When did you start your blog, and why? I started it in January 2014 I believe just for fun. I wanted to talk about books but I didn’t feel comfortable talking to a camera and I rather write anyways.

7. If an alien invasion started tomorrow and you had to hide in a bomb shelter, name three things you would bring with you. I would bring books, food (plus water, by default) and my family. This answer is a cheeky one but three things? Impossible LOL

8. How many books do you own? (Physical and e-books included) I have no idea of the exact number but it might be close to 300 books

9. If you could pick one supernatural trait to have, what would it be? I would love to be able to control the elements. That would be totally cool!

10. What is your all-time favorite book or series? Harry Potter series, no surprise here

11. What book are you most anticipating reading, whether it not be released yet, or you just haven't gotten around to it? Winds of Winter, the sixth book in the Song of Ice and Fire series. There is still no release date though *very sad face*

Now, after answering the question is time to write some of my own to my 11 nominations:

1.      Explain the meaning behind your blog name
2.      If you could travel through time, which period of time would you go?
3.      What got you into reading?
4.      If you had to re-read a book for the rest of your live, which one would you pick?
5.      Besides reading, what other hobbies do you have?
6.      Do you like to listen to music while reading? Or maybe have a snack?
7.      Physical books or e-books? Why?
8.      If you could create the perfect group of friends choosing fictional characters, which ones would you choose? Why?
9.      Have you ever disliked an author, or rather his/her books, which everyone seems to love?
10.  If you could be a fictional character, in which genre would you like your story to happen? Why?
11.   (At this point I was completely out of ideas, so maybe this last question could be lame… this is so hard!) Last one: if you are given the opportunity to re-write the ending of a book, would you do it?

Okay, writing these 11 questions has been harder than some of my Uni exams…

Now is the part about telling you 11 random facts about me (a.k.a the part where I totally fried my brain. I’m not kidding… My mental state after this part was not nice)

1.      Even though I’m from Spain I would have loved to be born in the United Kingdom or Ireland (this is the immediate consequence of being an Anglophile)
2.      I have a weird ability (if you can call it that way…): I tend to remember loads and loads of actors (both female and male) names and their filmography. Weird, I told you so but quite handy sometimes.
3.      One of my best friends and I used to pretend we were the Halliwell sisters (from Charmed).
4.      I’m afraid of the ocean. Not knowing what is underneath is terrifying for me
5.      I have no will power (seriously, my book buying problems are so out of control is just ridiculous)
6.      Another book related fact: I hate books in bad conditions. I cringe at the sight of them.
7.      I cry very easily (when I’m sad, happy, frustrated and so on… even when just listening to certain soundtracks I would get all the feels)
8.      My favourite Disney movie is and will always be The Lion King.
9.      I love Greek mythology
10.  I listen to music at all hours. I can’t help it
11.  I went to Florence with my school and we were so tired that after visiting the Uffizi Gallery one of my friends and I decided to take a nap in the street. Imagine….

(I think I messed up the order of The Rules... well, let's ignore that fact)

And finally my Nominations...

1. Lauren at ABlondeLibrarian
2. Lauren at Bookmark Lit
3. Sarah at YA Bookaholic
4. Zoe at The Infinite To-Read Shelf!
5. Eileen at BookCatPin
6. Giselle at Perks of Being a Reader
7. Anna at Books, Quotes & Dimples

Thank you once again Morrighan for this nomination!