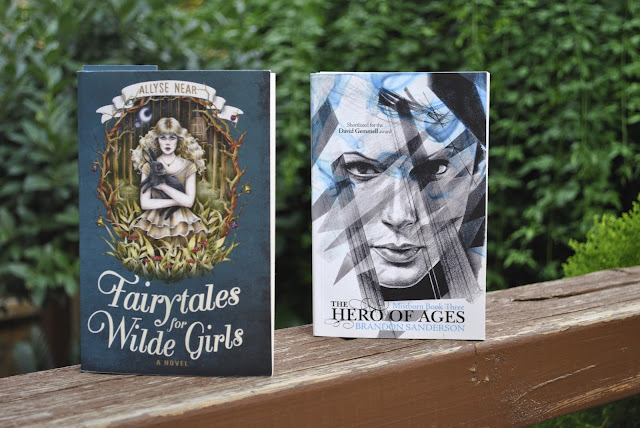 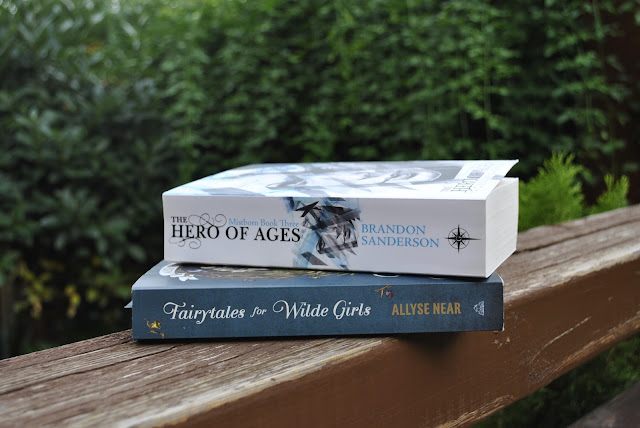 I’m still reading these two books because 1) I haven’t got so much time these past couple of days and 2) they are so good I wanna take my time with them. A year ago I read the first two books in the Mistborn trilogy and I didn’t pick up the third and final installment straightaway because I needed a break. The second book was heartbreaking. Little did I know I was gonna wait more than a year to get to The Hero of Ages. So far, so good. I love the magic system and the characters as much as the first time.

Fairytales for Wilde Girls though it’s the real deal this week. I picked it up on a whim: a recommendation on Goodreads and oh boy…. It’s so good I can’t even. The writing style is perfection and the story is so fantastical. I highly recommend it and I haven’t even finished it yet!

Also, there is some news blogging-wise. I’ve been having troubles with Google+ comments for a while but I didn’t want to disable them because that would have meant losing all my comments. However, I decided to install Disqus just because I was so fed up. And indeed I lost all previous comments but I hope this new system works alright for everybody (and my sake) and it can make up for this inconvenient. Sometimes blogging gets on my nerves. You don’t know how many times I screamed yesterday to my computer. Anyways, I hope you don’t mind the change so much. Let me know how it goes as to continue with this new one or get back to the old system.

Have an awesome weekend!
And Happy Reading!