Book Review // A Song for Summer by Eva Ibbotson 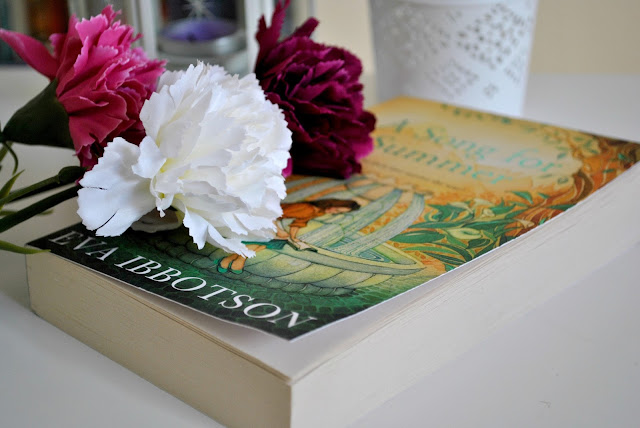 
Ellen is a London girl brought up by her aunts who are suffragettes. However, she is not interested in any of that. She studies in a school where they learn to cook, clean, etc and then decides to move to boarding school in Austria since she’s been fascinated by the country thanks to a cook she’s known all her life. She finds a paradise in there, taking care of the children. But there she meets a gardener, Malek, and something arises between the two. However, their idyllic world is being threatened by Hitler’s advance.

There is no much I can say about this book. It is a nice read, something you pick up that is fast and doesn’t require too much from the reader. When it comes to the characters, as I see it, they aren’t complex at all. Rather flat, I’ll say. Ellen, our main character for example, is the classic angelic woman who everybody likes. There is nothing much to her besides that. The same goes to most (if not all) characters in the story.

The book is most focused in the Austrian landscape and how it is a safe haven for Ellen and the people living there. Music and the opera also play a huge part in the plot. I don’t know much about it myself but I had no problems with any of it while reading it – in fact, it was nice to know a bit more about it. Finally, and although some of the book takes place during the Second World War, its issues are not heavily touched throughout the narrative. We see aspect of it for sure but as said, Ibbotson doesn’t go much into depth.

I know this is labeled as young adult fiction but I find it more as a children’s book than anything else. Anyways, as stated at the beginning, it’s an easy and quick read and I might pick another title by her in the future to see if it is just the same or if her other stories are a bit less simple. 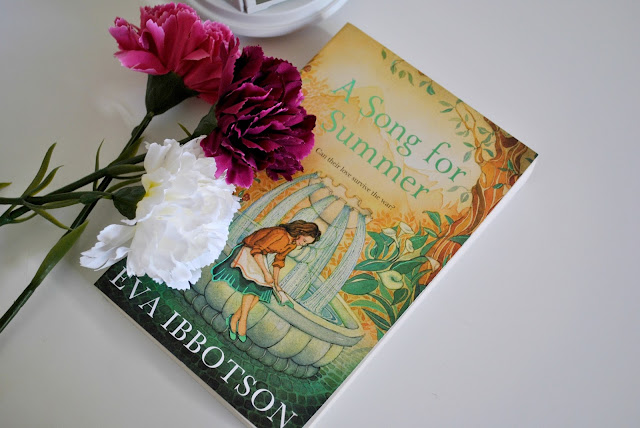