The Mistborn Trilogy by Brandon Sanderson (No Spoilers) 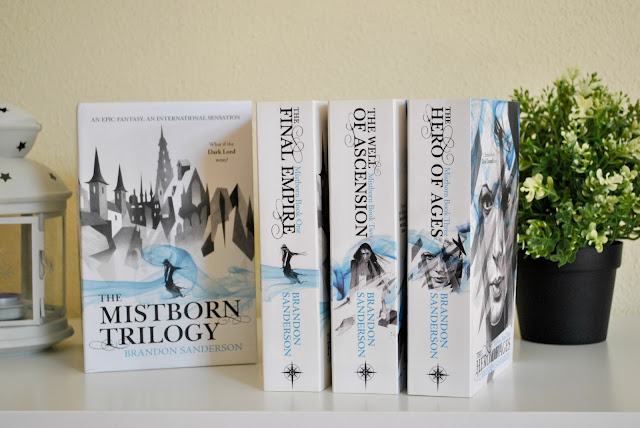 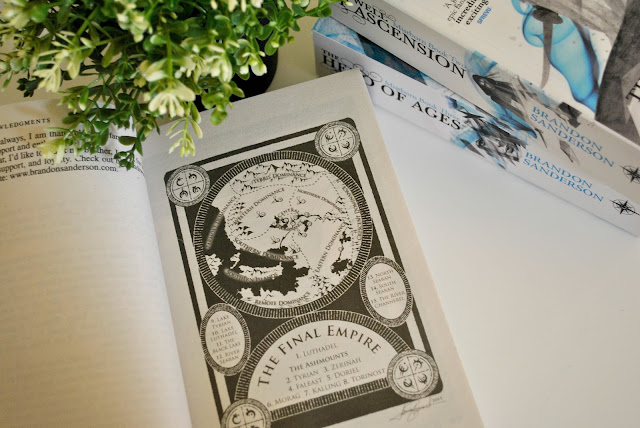 Welcome to the Final Empire, a world ruled by a Dark Lord named Lord Ruler. He’s been in power for hundreds of years, spreading terror among the population especially the Skaa people, who are slaved and work for the nobility – supported by the Lord Ruler. There have been many revolt attempts but all of them failed. However, people still have hope and there is a new rebellion on its way run by one of the most wanted criminals in the Empire, an allomancer called Kelsier. Allomancy is the ability to burn metals within you; and each metal gives the allomancer a certain type of power – for example, burning pewter will give the person physical strength. There are ten different metals to burn. Most Allomancers can only burn one type of metal and they are known as Mistings. However, there are some mistings that can burn all metals and they are known as Mistborn. Kelsier is a Mistborn and he intends to overthrow the Lord Ruler and free the Skaa. Along the way he encounters an unlikely alley, a Skaa urchin called Vin. Will this rebellion succeed?

Trying to sum up this trilogy is quite tricky and it might seem complicated at first but it is not, believe me. The magic system Sanderson came up with is brilliant and I had so much fun reading how the burning of the metals is done and the abilities that that gives the allomancers. It’s a very logical system and it makes sense when you try to analyze it. The magic doesn’t come out of the blue; it has its rules and allomancers can’t do whatever they want. They need to practice and get use to it and this is one of the things I enjoyed the most. Obviously magic is not real and it is a very convenient tool to push the narrative without a real explanation sometimes and so when you have a very rationalized magic system in which there are limits and not everything is possible, making sense of all details is crucial and that’s exactly what Sanderson does. The battle scenes are great and not confusing – not for me at least – which is a problem epic fantasy sometimes has. They are very engaging and as I said, they make sense because the magic makes sense. The world building is also very rich, giving background and explanations for the world and how the government and society works.


However, this trilogy is not only about the magic. It’s also about the characters and what they bring to the story. There are many but you get to know all of them, even the bad guys: heir hopes, their fears, their passions. Throughout the story we get to know what motivates them, why they joined the rebellion or why they are fighting against it. My favourite character is and will always be Vin; but appreciate almost all of them, especially Spook, TenSoon and Sazed. The story also touches quite a few themes that are relevant in our own world: slavery, religion and faith, friendship, family, loss, sacrifice and the right an individual has to be free among other topics.

The story is full of twists. Many things I didn’t see coming and was kept on edge since page 1. The narrative poses so many questions and the respective answers will blow your mind, especially during the last book. The ending was surprising and none of the theories I had in my mind became true. I wish I could say more but I don’t wanna spoil the fun so if you’re a fan of epic high-fantasy you definitely should check Brandon Sanderson out. You won’t be disappointed. 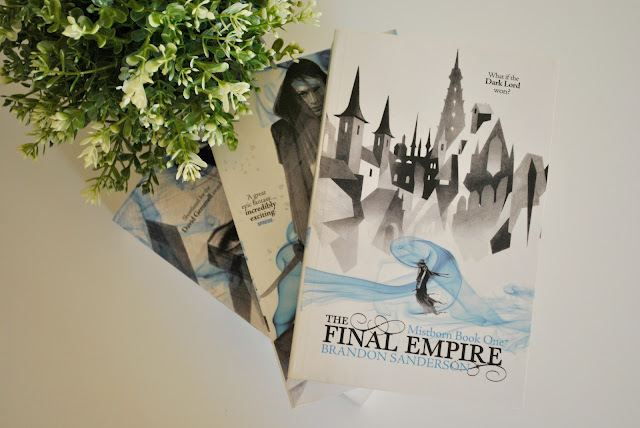