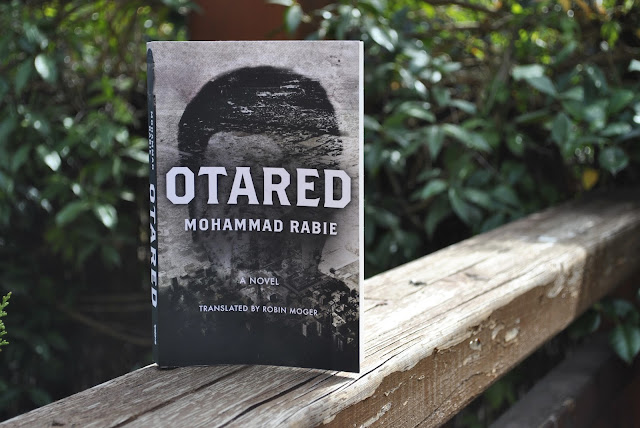 Otared is a difficult book to review. It is a good book but not the right one for me. It was different from everything I’ve read before but ultimately, too brutal, at times way too slow and if I’m honest I don’t think I completely understood the idea Mohammad Rabie was trying to convey.

I requested it for review from the publishers (@hoopoefiction) because I liked the idea of a dystopian novel set in Egypt, in a not so distant future: 2025. We follow different storylines along different time-lines that later come together. The readers are introduced to a decadent Cairo, a city now occupied by The Knights of Malta, where its people have given in to violence, sex and drugs. As the characters often say, they are living in hell. The most prominent character is Ahmed Otared; a former police officer turned into a sniper to fight the occupier and help free his city. Although he’s aware of how depraved humans have become, he’s also part of the problem. His job in the resistance, which consisted in killing officials and hurting the invader, becomes corrupted: he starts killing indifferently men, women, and children — everything that crosses his eye.

Otared is a pessimistic novel. There is this constant idea that hope is lost and that mix with the brutality of the narrative creates an image of never-ending despair, misery and desolation. It is hard to read at times. The focus on the violence and the sex (most of the times combined) is not easy to stomach and quite a few times I found myself gagging or turning the page altogether. As I said, I assume the brutality of it all was to enhance the idea of a living hell but some scenes were too much even for me – I normally have no problems when it comes to violence and sex in books. However, if you are intrigued about the story and can bear without any problem the issues that were problematic for me, I’ll say give this one a go.