The Archived & The Unbound by Victoria Schwab

October 25, 2014
I read these two books back in March and I did write a review for both of them but I was not really happy with it so I ended up deleting it. I wasn’t going to upload them but since Halloween is next week (and I changed the things I didn’t like out of the reviews) I thought these two would be a nice read for those who like me, enjoy reading unsettling books but at the same time don’t want to be scared to death. 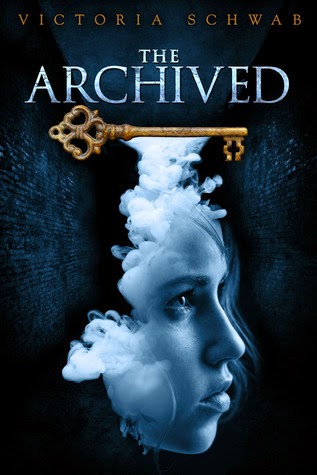 Author: Victoria Schwab
Pages: 328 (Hardcover)
Publication Date: January 22nd 2013
Publisher: Disney Hyperion
Summary: “Imagine a place where the dead rest on shelves like books. Each body has a story to tell, a life seen in pictures that only Librarians can read. The dead are called Histories, and the vast realm in which they rest is the Archive.”

This book was an incredible delight! Already the plot is quite interesting and intriguing on its own: "imagine a place, the Archived, where the dead rest on shelves like books", but sometimes the dead or Histories (as they are called) wake up and is the Keeper's job to bring them back to the Archived, where they belong. Our protagonist, Mackenzie Bishop, is a 16 year-old girl who has been a Keeper since she was 12. A job she inherited from her Da. However, when her family moves to an old hotel things start to complicate and the mystery begins.

Even though the beginning of the book is a bit bizarre, once Victoria Schwab starts to introduce and explain little by little the world surrounding the Archived and its rules, the reader is surrounded by a fascinating story, one impossible to put down, let me tell you, with characters that in spite of being loyal to the Archived and the tough task ahead of them, suffer the consequences of living a double life. In addition, Victoria Schwab achieves one tricky goal: to make the reader believe that this hidden world could be a plausible one. And the book has its own dose of mystery and darkness as well. In fact during my time reading this book when I went to sleep I realized that I was a little anxious just in case a confused and violent History, or a Keeper-Killer, would go through my bedroom door. Crazy, huh? But that's the unsettling, unnerving and, at the same time, fascinating effect this book has had on me. But I didn’t have any nightmares, it was just a feeling but then again, I get scared really easily it’s just ridiculous. 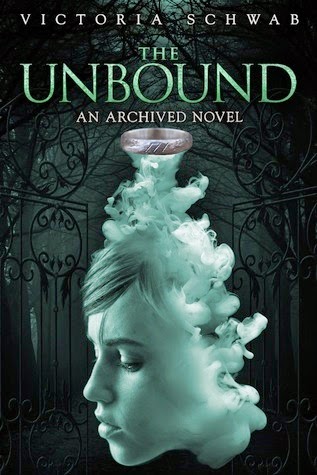 Title: The Unbound
Author: Victoria Schwab
Pages: 368 (Hardcover)
Publication Date: January 28th 2014
Publisher: Disney Hyperion
Summary: “Imagine a place where the dead rest on shelves like books. Each body has a story to tell, a life seen in pictures that only Librarians can read. The dead are called Histories, and the vast realm in which they rest is the Archive.”

Thanks to The Unbound, Victoria Schwab gives us back Mac’s world to fascinate us with a new intriguing and dark story that successfully makes you crave for more once you have finished it. Despite the fact that some parts were a little bit predictable there were also some amazing and unexpected twists that were jaw-dropping.

Focusing on the characters, I found very interesting to see how Agatha developed through the book. Obviously since the end of the first book the reader got the feeling that this woman was not as good and professional as she appeared to be but the reader will actually “see” her true self. Agatha feels her world, The Archived, is crashing down and becomes quite unstable. Something like that happens to Mac but let’s be honest: if I suffered from black outs and then I didn’t remember what I’ve done I will freak out as well, mostly due to the Archived policy when it comes to unfit people.

I absolutely adored the dynamic (friendship) between Mac and Wesley and how they only cared about protecting and helping each other out. I loved how incredibly strong and independent Mac is. She is a brilliant female character. And Wes, well, I love his sassiness and how he doesn’t really care what others think of him. The only thing that bothered me was not reading enough about Roland, I wish he could have participated more in this story because he’s always supporting Mac and so I’d have loved to read more about him.

So, to sum up my feelings and opinions I will say this: I. DESPERATELY. NEED. A. THIRD. BOOK. I need more of Mac and Wes in my life. It is necessary. And I believe Victoria Schwab is working on it! *fingers crossed we can have a third installment*

Have you read this duology? If you have, what were your thoughts about it? If not, would you like to read it?

Find me on Goodreads!