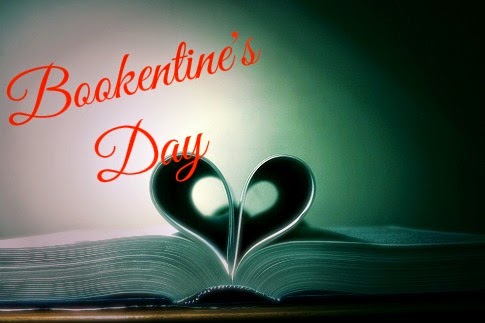 I’M BACK! First of all, thank you so much for the lovely comments on my previous post; you’re all so sweet and lovely ^^

So after three weeks, I’m finally uploading a post and it’s a tag. I know Valentine’s Day was yesterday but the lovely Jillian over at Jillian’s Books tagged me and I thought it was the perfect opportunity to get back in the blogging train. Without further ado, here are my answers:

My OTP (One True Pairing): I have too many because. Shipping is one of my many hobbies but my biggest OTP is Hermione and Ron (shocker!). While reading the series I thought Hermione and Harry would end up together but I prefer Hermione and Ron because it’s not the obvious choice and I just love that. 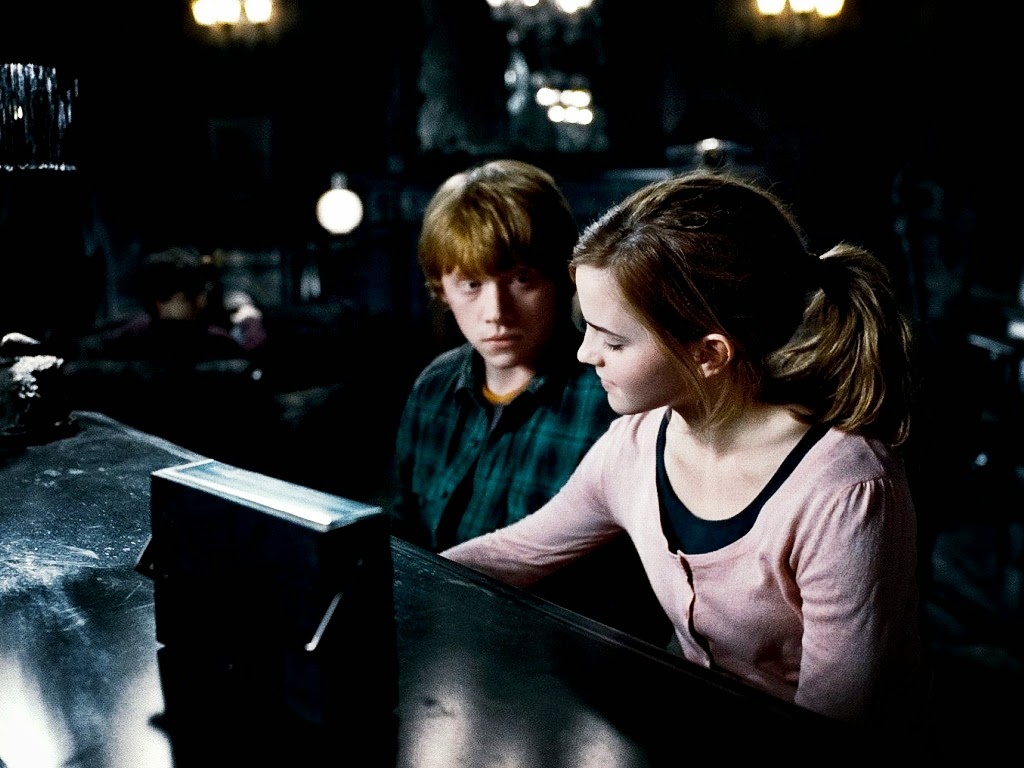 Look how he's looking at her. It melts my heart. My babies!

My Favourite Ship to Ship: Can I use the same answer? No? Okay… I’m choosing Rose and Dimitri. How can I not? Their whole storyline was beautiful, dramatic and heart-wrenching but it was so worth it in the end. Don’t let those awful covers fool you; read the series!

Favourite LGBTQ Ship: Easy peasy! Magnus and Alec! I don’t think I have to say anything else. They are witty and so good together. They’ll always have a spot inside my heart.

Favourite YA Contemporary Romance Book: Don't know which one to pick.... But Levi and Cath are just too cute for their own good.

Favourite Ship From a Book that isn't Contemporary Romance: Simon and Isabelle from TMI series. I prefer them to Jace and Clary; I can’t help it. Simon was, and is, my favourite character from the TMI series since the beginning and his relationship with Isabelle was great to read about. 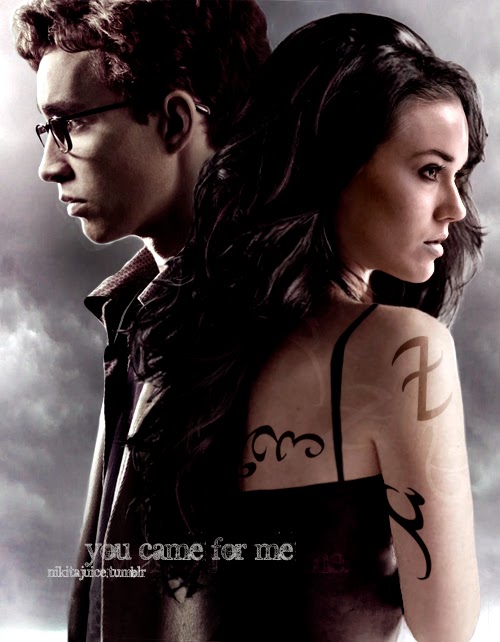 Favourite Friendship: There are many I could fit in this category starting with Harry and Hermione/Ron but I’m gonna pick Liesel and Rudy/Max from The Book Thief. Those who have read the book would know what I’m talking about. 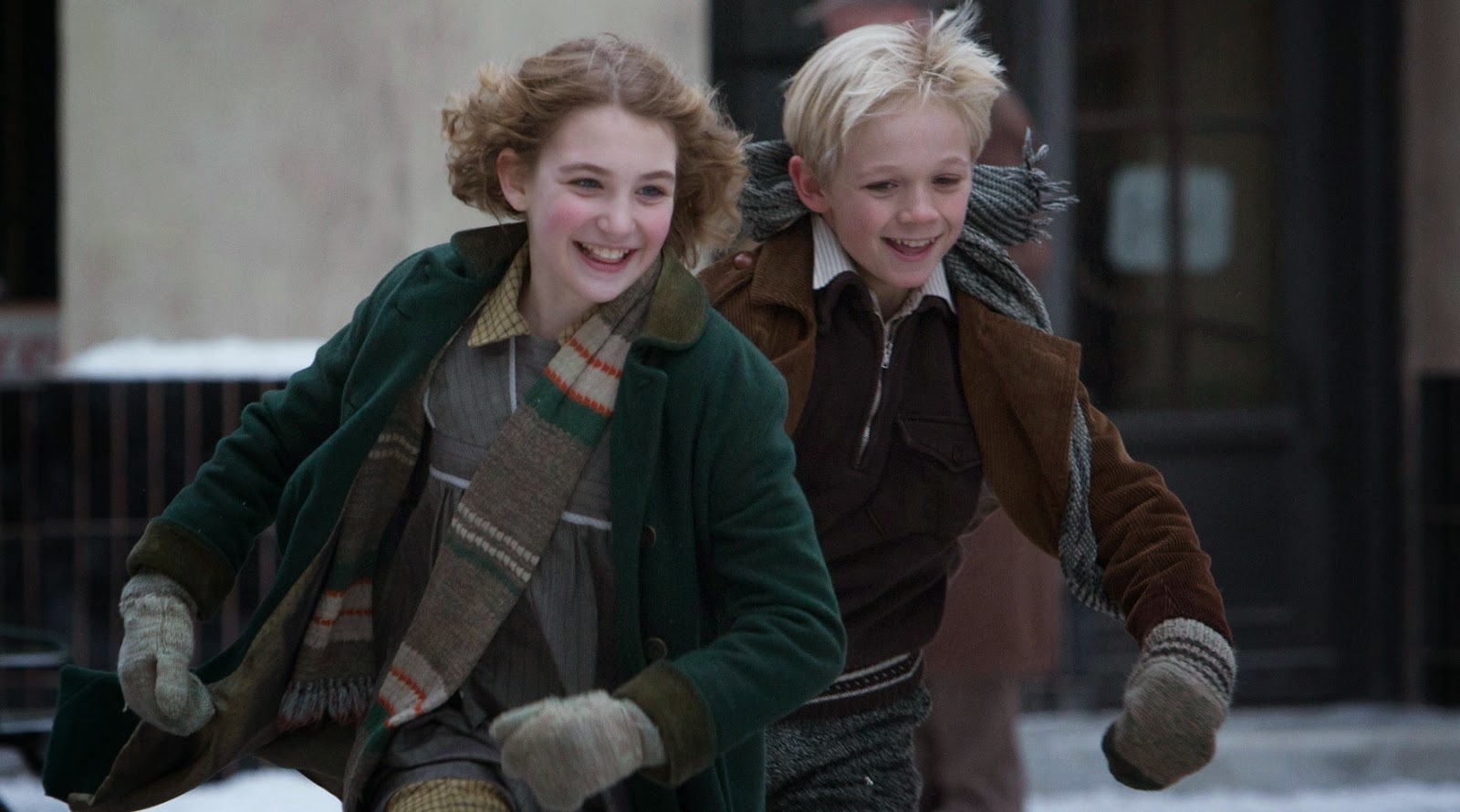 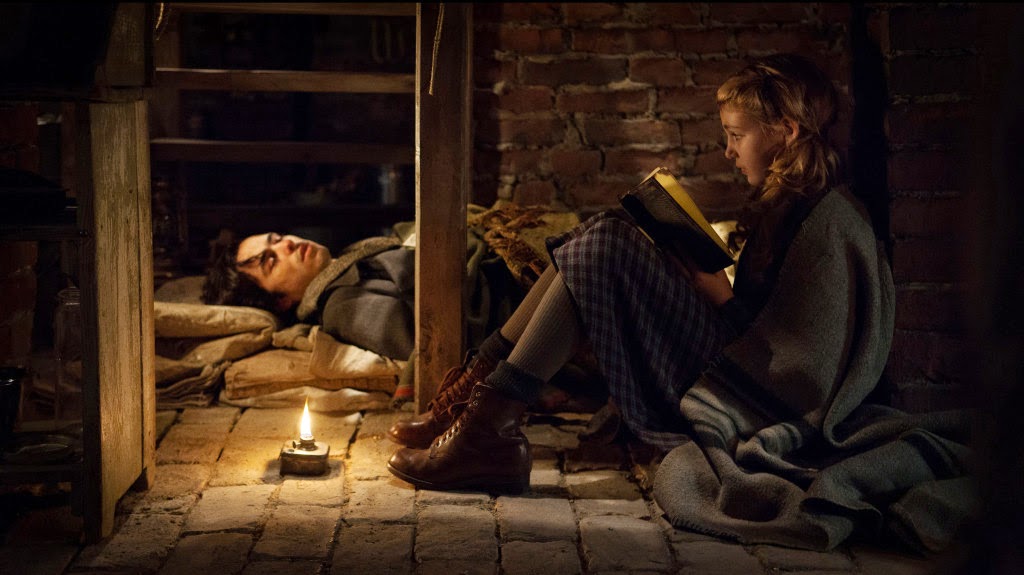 All these pictures are giving me all the feels....

Top Book Boyfriend of all Time: Will freaking Herondale. Just give him to me; I’ll be happy for the rest of my life.

Three other Book Boyfriends (because we all know we can’t have one!): Adrian Ivashkov (duh!); Dimitri Belikov (double duh!) and last, for certainly not least, Jaime Lannister. Those who haven’t read all Game of Thrones books would think I’m mad but seriously, Jaime goes through a lot of character development and I adore him. My fave character will always be Tyrion, and he can also be fit into this category to be honest. I mean, his wit knows no limits and I love that about him. He's also an avid reader, what else do you need?

The Character I Wish Was My Valentine: Since I already used Will Herondale to answer another question, I'm choosig Eric Northman from the Sookie Stackhouse series instead but only if he comes in the shape of Alexander Skarsgard. I read the entire Sookie series and I was not the biggest fan of it, especially the ending but Eric Northman? He’s so fine and so charmingly wicked that I just can’t help myself.

The Character I Wish I Could Spend Valentine's Day with Sulking Over the Fact that We Don't Have Dates: I wouldn’t really sulk over that; and since I have to pick a friend to spend the day I’m picking Luna Lovegood. That would be interesting for sure!

Most Painful Ship to Ship: I’m picking Jon Snow and Arya Stark. I ship those two so much. The age difference between them in the TV show is too much and I don’t think there will be something between them but in the books they had such a great friendship and the age difference is not that big and I just ship them, okay? Don’t judge.

Favourite Love Triangle: I don’t like love triangles; they make me wanna cringe because most of the time are badly written so I’m just not gonna pick any because I still haven’t come across a book in which I genuinely liked both guys and was impossible to pick.

A Villain You Secretly Love: Sebastian from TMI. He’s bad, really bad but he was fun to read about as well LOL.

And that's it! I don't know who to tag since Valentine's Day is over but if you would like to do this, please do and let me know afterwards!