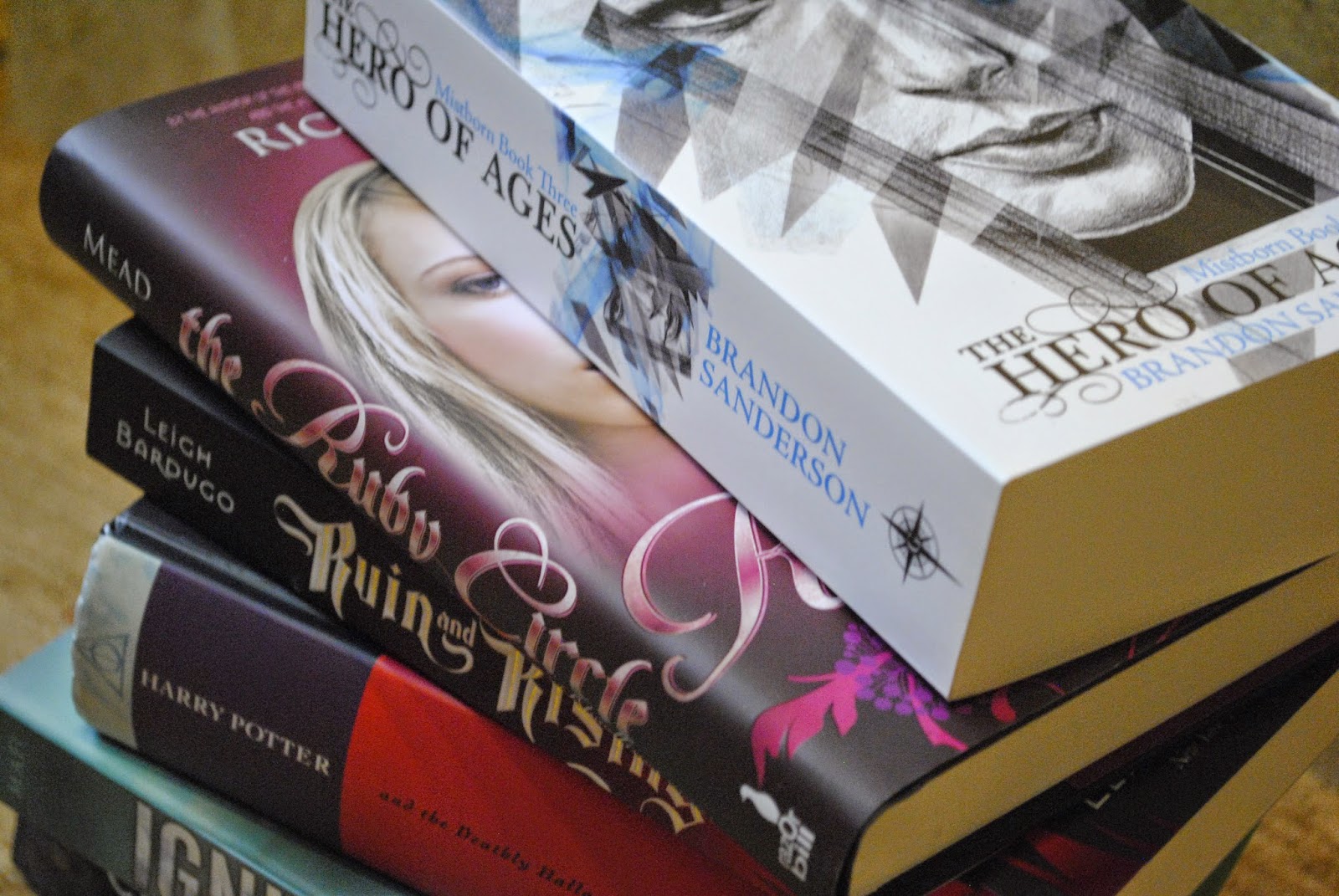 There is something exhilarating yet terrifying about finishing a book series. We want to know how the story will end; but don’t fool yourselves, in reality what we really wanna see is if the story ends as we thought it would – in other words, as we want it to end. Unfortunately, most of the time, it doesn’t and although that doesn’t imply you won’t like it, it also means uncertainty and let’s face it, nobody fancies that feeling.

So today I wanna talk to you all about something really close to home: my inability to immediately read the last book in a series once it’s published. I do buy the book though but I tend to put it on my shelf and it stays there, gathering dust for one or several months. I wish I could pick it up right away and be done with it. The funny thing is that I have no problem whatsoever when I’m reading a series I like but I’m not really too invested in – especially when the entire thing is already out. It’s inconsistent behaviour, I know, but my brain works weirdly.

However, I believe it’s understandable. Before, I mentioned the uncertainty of not knowing how the book would end. Would my favourite characters die? Would the ending live up to the rest of the series and satisfy my expectations? A huge amount of these types of questions pop up inside my head. So if I like a series but it is meh for me, I don’t really mind what will happen and I read it without troubles. But, when I’m enjoying a series and it’s time to pick up the last book and all those questions start to invade my mind another issue arises: fear; or rather, the fearful feeling of letting go. Of saying good-bye to the world and the characters, for better or for worse. And right now, I’m experiencing it again.

This is me. All the time after saying goodbye to book series.

It’s been two months since The Ruby Circle came out and I’m just not ready to read how the story will wrap up; even more if I take into account the amount of mixed reviews it has been getting. That is the worst because I don’t wanna be disappointed or just finish it and have the feeling that it wasn’t THAT good. So the poor book lays motionless on my bedside table. It’s not the only example. Last night I finally finished The Well of Ascension by Brandon Sanderson and as much as it blew my mind away I know I won’t be able to pick up The Hero of Ages although I totally should because I’m taking part in #YearofCosmere and I should have already started it. But I just can’t.

Frustration is a lovely feeling....

It wasn’t always like this. In fact, binge reading (is that even a thing?) series was something I enjoyed doing quite a bit. Apparently reading habits modify and mine definitely have. It frustrates me but there is nothing I can do about it; I’m positively not gonna force myself to read them though. That could be catastrophic.

Now that my rant is over…. What about you? Do you feel the same way? Or, have you noticed if your reading habits have changed? Let’s discuss!