April 24, 2015
It was earlier last year when I found out about Dewey’s 24 Hour Readathon and even though I know is almost impossible to read 24 hours non-stop I think the idea is brilliant. A Readathon worldwide; readers from every country coming together at the same time for an entire day to read, read and read. My start time is Saturday 2PM and it would end Sunday 1:59PM. You can learn more about it on their website as well as your start time. I’ve never taken part myself but lately my motivation to read is lacking – and by that I mean I’m completely obsessed with Netflix’s Daredevil. If you are following me on Twitter *wink, wink* you would know already since it’s the only thing I tweet about… 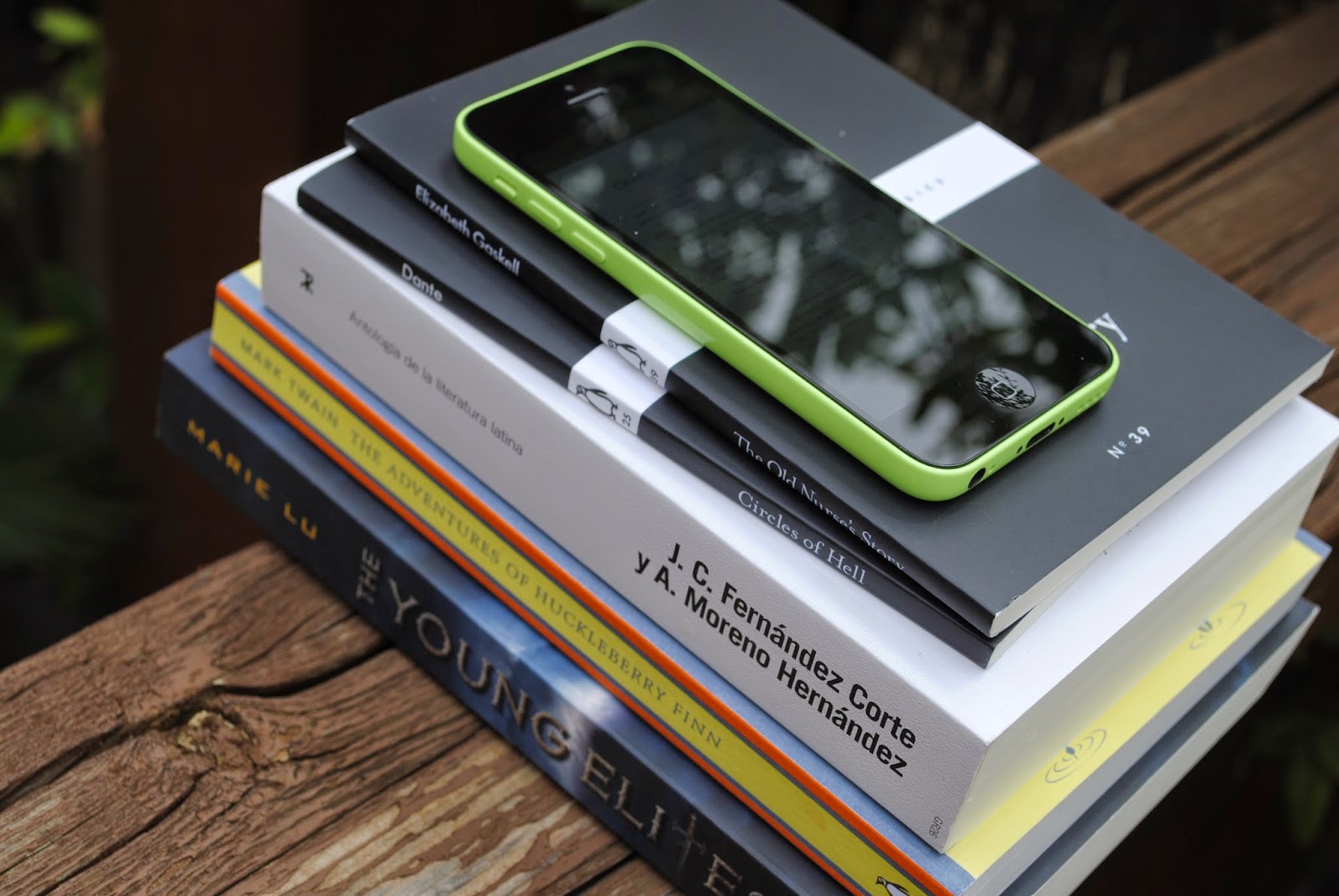 I’m not imposing any goals to myself. I’m just gonna read here and there and see how much I get done. First of all, I’m gonna try and finish Playing Mrs. Kingston by Tony Lee Moral since I received it for review and it’s my top priority. I also wanna read quite a chunk of; or rather finish it if possible, The Young Elites by Marie Lu. Fantasy is my favourite genre and I think it would help me to push my reading.

I also have to do some reading for my Classical Literature course, a few fragments of different Latin authors such as Ovid, Virgil and Catullus. They aren’t a priority and they are short so when I don’t feel like reading the other books, I would pick them up. Behind this reasoning are the next two books: Circles of Hell by Dante and The Old Nurse’s Story by Elizabeth Gaskell. Both are less than 60 pages and very easy to go through.

Lastly, and if I had any strength left, I would try and read a bit of The Adventures of Huckleberry Finn by Mark Twain. I’m 100 pages in and I’m struggling with it. The main problem is the writing sometimes because it isn’t as easy to understand as it would seem, especially when Jim talks – for example: "Pooty soon I'll be a-shout'n' for joy, en I'll say, it's all on accounts o' Huck; I's a free man, en I couldn't ever ben free ef it hadn' ben for Huck; Huck done it. Jim won't ever forgit you, Huck; you's de bes' fren' Jim's ever had; en you's de ONLY fren' ole Jim's got now." And since English is not my mother tongue when he speaks I have to re-read entire paragraphs to check if I understand everything. I’m slowly getting used to it, yes, but also, the plot is all over the place and I find it hard to follow the story. I do wanna finish it and I will, but maybe not during the read-a-thon. You shouldn’t push yourself when reading classics. Just take your time and enjoy it; it is a classic for a reason, isn’t it?

This is my plan. As before, I don’t mind how much I get done. My priority is to have fun and encourage people during their reading; and if the experience is good, it would not be my last Dewey’s. That’s for sure! I will be posting my progress on Twitter and Goodreads and, of course, here :)

13:55. Five more minutes to go until the readathon starts. I have my phone ready to read Playing Mrs. Kingston by Tony Lee Moral. I have 172 pages left of it so it's my priority! I've also charged my ipod because I love listening to instrumental music while reading; it gives me motivation!

16:15. After a lovely break of 20 minutes to have lunch, I've finally finished Playing Mrs. Kingston. It was quite good. My idea then was to pick up The Young Elites by Marie Lu but my conscience got the better of me and I picked up my requiered reading for my Classical Lit class. I read some fragments from Plautus and Terencio (17:55)

19:00. I've read 72 of The Young Elites but I'm not feeling it. Decided to take a break and watch some youtube videos with a nice cuppa tea and some cookies.

20:10. I'm picking up The Old Nurse's Story by Elizabeth Gaskell since I don't really wanna continue with The Young Elites at the moment.

21:34. Finished the first short story by Gaskell and now taking a break to have some dinner. My eyes are a bit sore at the moment and I don't know if I would read the second short story or just watch an episode of Boardwalk Empire. We'll see :)

00:40. After watching an episode of Boardwalk Empire, I've decided to pick up the second short story by Gaskell (Curious, if True) and it's now 1:10 when I have finished it. It was weird, to say the least. A bunch of fairytale characters all partying together.

10:20. Set up my alarm to go off at 9am to wake up but I failed spectacularly. I had troubles sleeping last night so is time to have breakfast and continue reading. I'm planning of finishing The Young Elites.

13:35. Twenty-five minutes left of the readathon but I'm calling it a day. I've finished The Young Elites and, sadly, it didn't impress me very much. 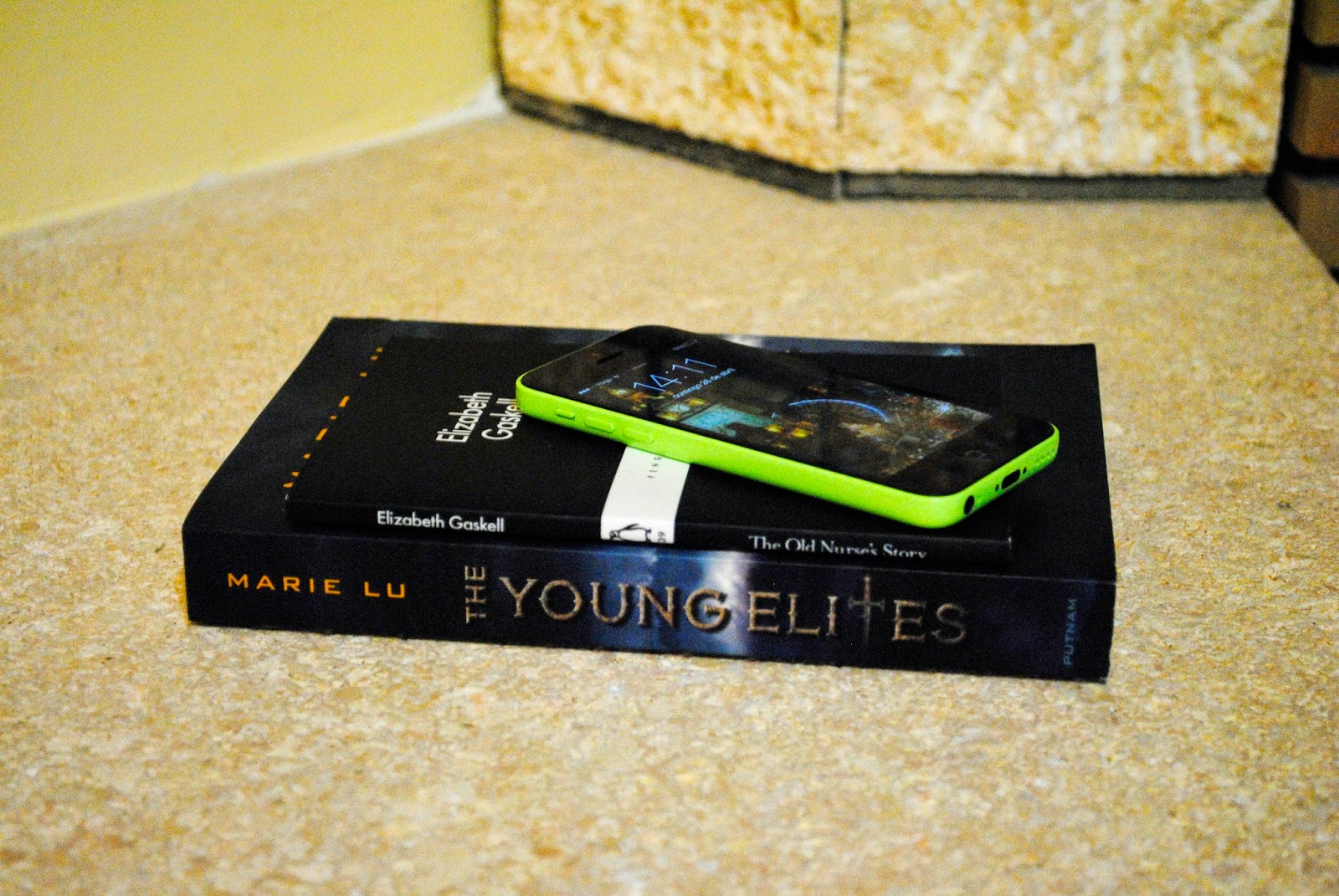 Not the greatest picture, but we're gonna have to roll with it...

And the readathon is over! I managed to finish three books and read a bit of my requiered reading for Uni (the white book of the first picture). I've read a total amount of 590 pages. Not bad at all, at least for me. I have to say taking part in this readathon has been a great experience. I had so much fun and if I can, I would join on the next one :)

So, here you have it. What are your thoughts on activities such as this one? Have you taken part?