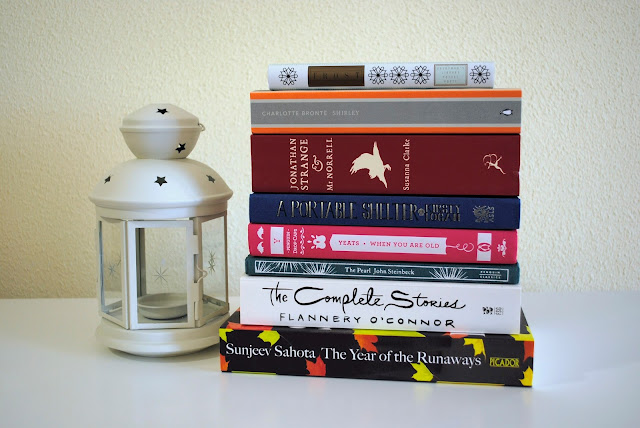 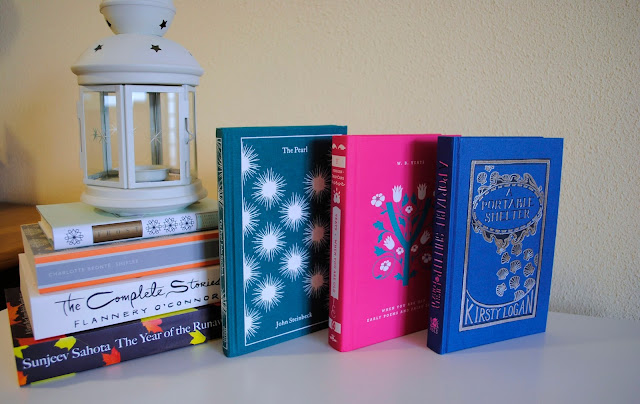 So I bought some books… go figure! Five of them I ordered online and the other 3 at the bottom I got at Pasajes which is slowly becoming my own paradise.
I went for a mix of a lot of stuff. I got some fantasy, some short story collections, classics, poetry (which I’m trying to get into at the moment) and literary fiction.

I don’t know when I will be able to go through the entire pile but The Year of the Runaways is a priority since it was shortlisted for the Man Booker Prize this year. I know I won’t be able to read the entire shortlist before the winner is announced but still, I have a feeling I will enjoy this.

The other two I’m most excited about are Jonathan Strange & Mr. Norrell because fantasy, duh? and A PortableShelter, which I was so happy to found in Amazon considering the Scottish publishing house only made a certain amounts of hardback copies and I was sure I will have to wait an entire year until Vintage would publish the paperback edition. But no, I saw it was available and I didn’t think it twice. Really, that tiny book is the major reason why I splurged online this time. I just couldn’t resist. The other collection is by Flannery O’Connor and I got it on a whim. It was there on the shelves at Pasajes looking at me and why not dive into a book knowing nothing about it? It’s the best feeling.

I’ve also added a new Drop Caps edition; this time was Yeats and it doesn’t only contain poetry but also stories about Celtic folklore/fairytales and I find that fascinating. Frost: Poems is the other poetry collection I got and I have to say this Everyman’s Library Pocket Poets editions are so tiny and so lovely and a great introduction to poetry I believe. I’ve never been to keen on poetry but I’m trying my best to expand my horizons. It can’t damage, can it?
Finally the two classics are by Charlotte Brontë and John Steinbeck. By the former I’ve read Jane Eyre which is still my favourite classic of all time so I wanted to get Shirley so I could say I had all her novels and I know about the latter (who doesn’t know who Steinbeck is really?) but I haven’t read anything by him. I wanted to start with The Grapes of Wrath which was also at the bookshop but in the end I went for The Pearl because I couldn’t resist the Penguin Clothbound Edition and it is a short book which I believe could be a good introduction to the author.

What about you? What amazing new books have you added to your shelves? Have you read some of the books I talked about? 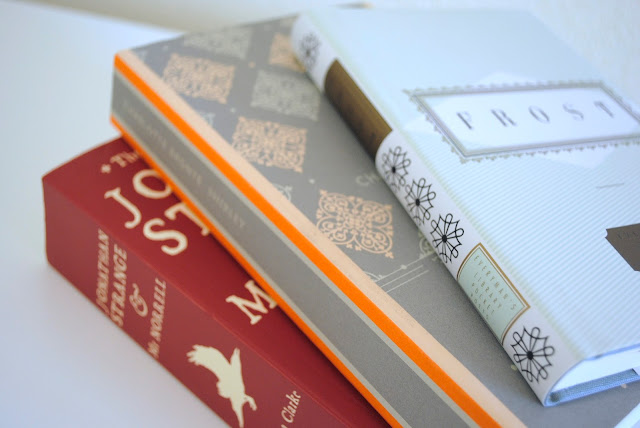 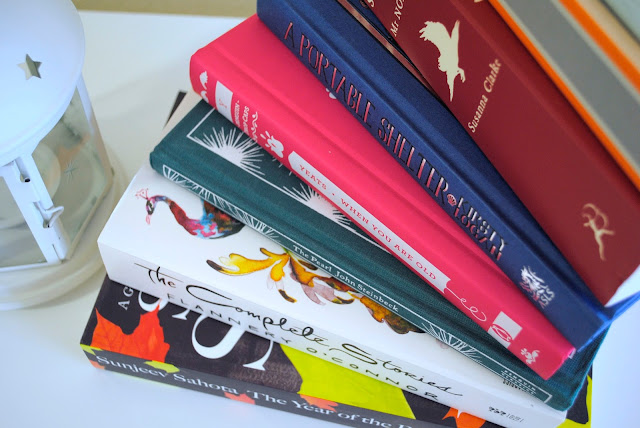