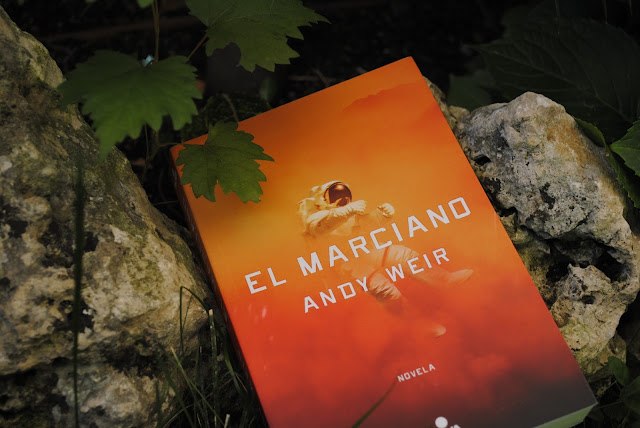 When a mission on Mars goes wrong, the crew of the Ares 3 is forced to leave the planet leaving one of them behind, presumably dead. However, the astronaut Mark Watney is alive and now, his fight for survival begins. His only chance to be rescued is when the next mission to Mars arrives in 4 years but he has neither water nor food to last him that long. His best option is to try and make contact with NASA and for that, he has a plan. This is the premise of The Martian, the debut sci-fi novel by Andy Weir. Sounds good, doesn’t it?


Although I really enjoyed this book, I had two problems with it and I’m gonna start talking about those. First of all: the technical language. I know it’s a book about astronauts and the space and whatnot and obviously it needs to be realistic but for me it was too much. I had absolutely no idea what they were talking about most of the time and instead of feeling the realism of the novel, I felt frustrated, especially at the beginning. Then, you get used to it, kind of.

The second issue was the translation. The writing style of the novel isn’t mind-blowing. In fact, it’s pretty simple (which, paradoxically, was also good – but I’ll talk about that later) and therefore, the translation is the same. It took me a bit to get used to it as well but once I did, I was fully ready to enjoy the novel for what it was. I feel like I should explain why I decided to read the Spanish translation instead of the original text as I like to do if the book is originally written in English. The reason was the language. If I had troubles reading it in Spanish, can you imagine reading it in English? It would have been a disaster.

Despite these two problems, the emotions The Martian made me feel outshined the problems. Once I was on page 170 or so, I couldn’t put it down and in fact, I read the rest of the novel (which is 408 pages long) in a day. It’s been a long time since a book has kept me awake until 2 am and it was so worth it. Constant ANGST, that’s how I felt throughout the book. My heart was beating so fast and if I was the kind of person to bite her nails, I probably would have ended up eating my hands.
Feeling connected to the characters didn’t help me calm down at all as well. During most of the novel we read about Mark, and he feels very human so it’s very easy to bond with him despite the fact we will most likely never find ourselves in that situation. He’s also very comical, which gave me a break from time to time. The rest of the characters, not only the crew members but the people working at NASA, were okay too. We don’t get to know them that much, true but they do everything they can to help Mark and it’s just beautiful.

Remember before when I said that the simple writing style helped also the novel? Well, it makes the story incredibly visual. I could picture everything in my head. When people say this is like watching a movie, they aren’t exaggerating and I just can’t wait to see the movie. So, if you were interested in reading The Martian my advice is GO FOR IT! And if you don’t, go and see the movie because the trailer looks phenomenal and quite faithful to the text – fingers crossed it turned out that way! 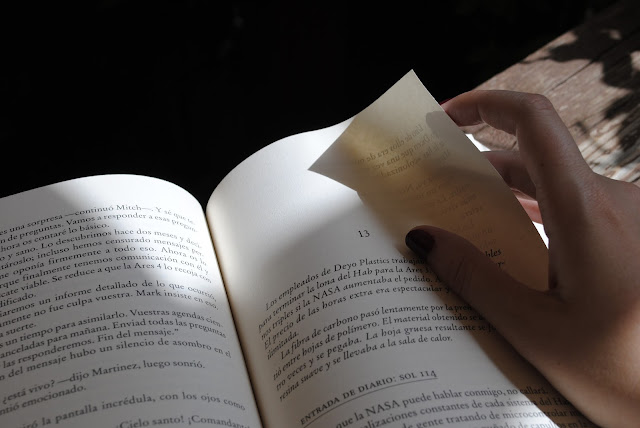