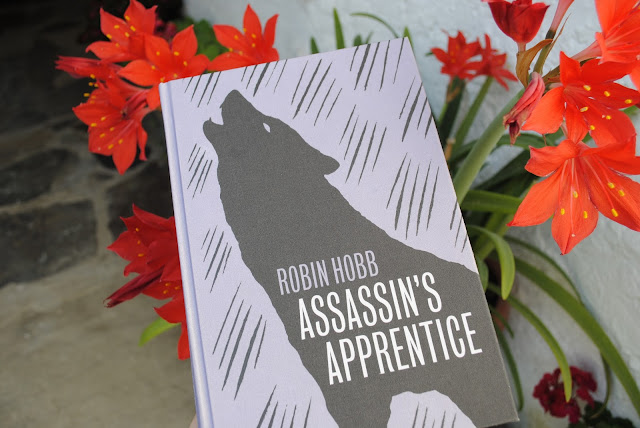 Assassin’s Apprentice introduces us to the fantasy world Hobb has created called the Six Duchies. We follow Fitz, the bastard son of the king’s heir Chivalry, and how his whole world changes when his grandfather handles him over to Court. However, Fitz is raised by a stable-master called Burrich, very loyal to Chivalry and although most of the time he is outcasted by the royal save the King Shrewd who secretly trains him as an assassin, using a tutor of course. Why? Well, through Fitz’s blood runs the Skill, an ancient magic. The thing is, although many people don’t want him around he may be the only thing that will save them all.

I decided to pick this up because everyone and their mother have been reading and loving Hobb’s books lately and being fantasy my favourite genre I couldn’t let the opportunity to read this go. The whole premise of this trilogy is fantastic. A brand new fantasy world and very original magic system that thankfully is not easy to grasp and understand for the characters. It’s very ancient and they need to train very hard to master it – it may just be me but I can’t stand when the magic is as easy as casting a spell with no training whatsoever.
My expectations were set sky high and sadly, they weren’t fully met. I liked this book but I didn’t love it as I was expecting.  It is a slow paced fantasy read, the author takes her time to build up what she wants us to know – which is great most of the time don’t get me wrong – but this time unfortunately some parts dragged too much for my taste and thus, I got bored a few times. However, when there was action it was really well described and exposed to the reader. I also wished the magic system, although original, would have been explored more. I guess we will know more in the sequels but since it was one of the things I liked the most, I wanted more, period. One thing I enjoyed though was the way this was written, the language isn’t technically modern and it helps to get into the whole Medieval times vibes, which again is great to enwrap yourself in the story.

Hobb gives us a few characters; some you will like, some you will really hate and it’s not just the plain villains that are bad just because. No, you understand why they act the way they do but that doesn’t make them less detestable, you know? Regarding the good fellas, I found them irritable sometimes. I liked them alright but sometimes, I wanted to punch them in the face and scream at them: “WHAT ARE YOU DOING? GET YOUR SHIT TOGETHER AND STOP BEING A MORON!” And the other problem is the single POV. We follow the story through Fitz’s eyes and I would have preferred to read this with multiple perspectives but you win some, you lose some right? I’ve heard her second series is written in multiple POVs, so I might read this trilogy as soon as possible just to get there. Not really though.

As I said, I liked this book alright and it’s enough for me to continue reading the trilogy although not immediately. I will recommend this because of the world and the magic system but take into account its slow pace. 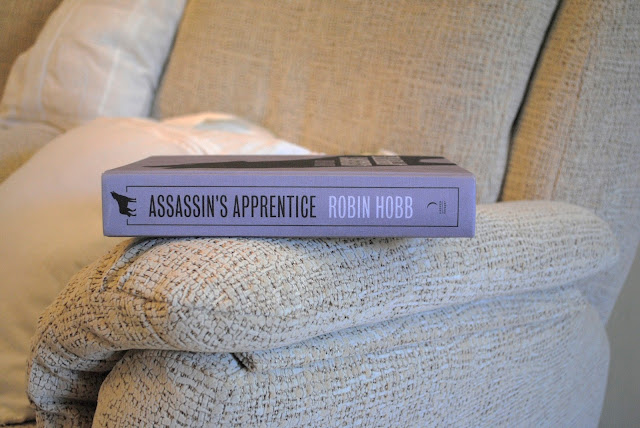 Have you heard of Robin Hobb before? Have you read any of her books? What kind of magic system do you like the most?