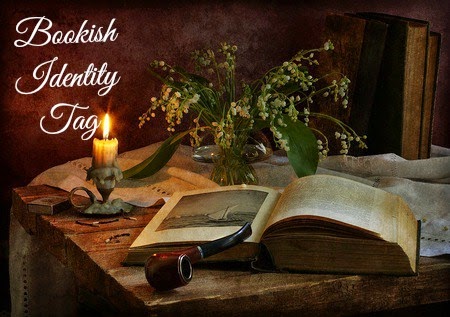 It’s been forever since I’ve done a tag post and thanks to Olivia over at Olivia’sCatastrophe I’m here to do one today because she tagged me (thank you, girl! ^^) a while ago I might say but hey, don’t they say better late than never? So without further delay…

1. Which dystopian world would you live in?

Ermm… none?!?!? Honestly, I don’t think anyone will like to live in a dystopian world. They are all so messed up! But just for the sake of the tag I will pick up the world of Ready Player One because living inside a videogame doesn’t sound too bad as long as I don’t forget to eat in real life and whatnot.

2. Would you be a Downworlder or a Nephilim? (from The Mortal Instruments)
As much as I love me some Nephilims, I would rather be a Downworlder. More specifically a warlock because you know… magic and stuff. The only thing that will make me change my mind is immortality. I don’t wanna be immortal thank you very much.

3. Who would your partner be?
I feel like I always pick up the same literary characters when answering these kinds of questions so my choice for this one is going to be Jon Snow. And just so you know I loved that northern bastard before the whole craziness over Kit Harington. Many people find Snow’s (book) storyline a bit boring sometimes but I just loved to read about The Wall and the Wildlings and the White Walkers and being Jon Snow’s partner, though illegal, will allow me to live all that.

4.Who would your godly mother or father be? (From Percy Jackson)
Poseidon all the way! Having the abilities of swim underwater for forever, talking to basically any sea animal (and horses of course!) and manipulating water would be EPIC!

5. Which house would you be from (in Harry Potter)?
Gryffindor! I know that’s what everybody chooses – most of the time – but it’s not only because Harry, Hermione and Ron went there is also because one of my favourite animals is a lion and Gryffindor’s mascot is a lion. I wouldn’t mind being sorted into Ravenclaw but I don’t think I’m that intelligent.

6. Which faction would you be from (in Divergent)?
The Divergent series and I aren’t on the greatest terms. I enjoyed the first book but then the whole thing went downhill. If I had to choose a faction it would be Dauntless. I  wouldn’t last a day for sure but at least I could try their food because that was the best part.

7. What would your daemon be? (From  Nothern Lights/Golden Compass)
I never finished His Dark Materials trilogy. I only read the first book and for some reason never picked up the second one but I was fascinated about the daemons. Mine would be either a lion or a white tiger or a leopard. Can you tell I love felines? Oh… a wolf as a daemon could be awesome too. Basically I would have a daemon that could shape shift into everything #sorrynotsorry

And now that all the questions have been answered, it's time to tag people even though I don't know who has done this and who hasn't :/  and if I tag you, don't feel obliged to do it if you don't want to :)

And if by any chance I haven't tagged you but you wanna do this anyway, feel free to do it and then link me your posts! I love reading tag post :)