A Bookworm in London. The First Day

July 03, 2015
2015 has been the year in which I've come back to London after 8 years. 8 YEARS! The last time I was there I was 15 (about to turn 16). Mental, I know. My sisters and I have been planning to go back for a long time and we finally decided 2015 was the year. Unfortunately one of my sisters couldn't come due to work but it's okay; we will be back to visit the Harry Potter Studios - we want to go the three of us together like the big HP nerds we are ^^. One of my little sister's friends came along as well. In this first post, I'm gonna tell you all what we did the first day which may seem like not a lot but believe me, we were exhausted at the end of the day.

The 16th we woke up at 4 am (never again, I swear) to go to the airport. Our flight was due at 7 am. You guys need to know I'm a bit scared of flying and I always get quite panicky during both the takeoff and the landing. My mind decides to go crazy picturing catastrophic scenarios... you know, the usual stuff. Anyways, we arrived safe and sound at Gatwick airport and then we got a bus that took us to Earl's Court. From there we were "alone" and let me tell you... finding the underground to get us to Russell Square and then the hostel was not an easy task. Fortunately British people are lovely and thanks to them we found the hostel. It was 12 pm by then and our check-in was due to 2 pm. A bit of waiting, we did. After getting our bedroom it was finally time to explore the city.

The rest of the day can be described as three Spaniards girls walking and walking until their feet were killing them basically, which was in part our fault. We didn't want to get an OysterCard simply because we were staying near Russell Square and every place we wanted to visit was close to each other. However, we didn't really think about the fact that we didn't really know the city and you can say we got a little bit lost (oops!). Thankfully London saved us, or rather a lovely pedestrian showed us that throughout the city there are maps telling you where you are and how you can get everywhere. We could finally breathe lol. At the end, we did see a big chunk of the city... success!!

The Big Ben, the Houses of Parliament, the London Eye, Westminster Abbey and Trafalgar Square, which is near a lovely Waterstones and of course I had to go inside (don't worry, I didn't buy anything... that day). It was quite emotional getting to see those places again and doing it all by ourselves, with no chaperones around. In many ways, it was like visiting for the first time. I was once again in awe of London; I had forgotten how gorgeous and impressive it is. It's true though that the city is quite noisy and crowded, which is not ideal when big crowds give you anxiety but I forgot about that completely because I was, simply, happy to be there.

After spending four hours doing touristy stuff, it was time to relax and enjoy a very well deserved dinner. We had fish and chips... when in Rome; do as the Romans do right? Not much happened afterwards. We got to the hostel again, we took a shower and we went to bed at 10 pm. We know how to party hard, don't you think? 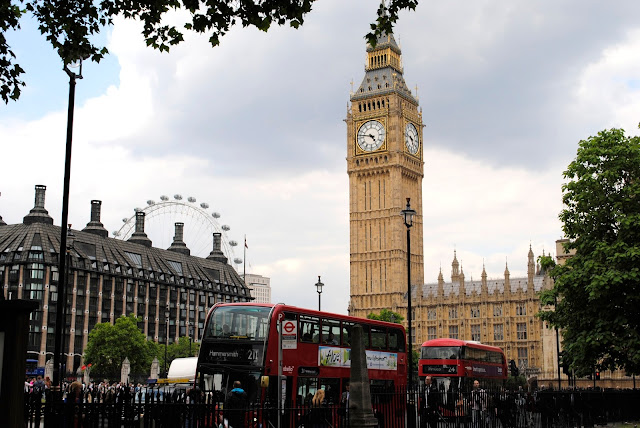 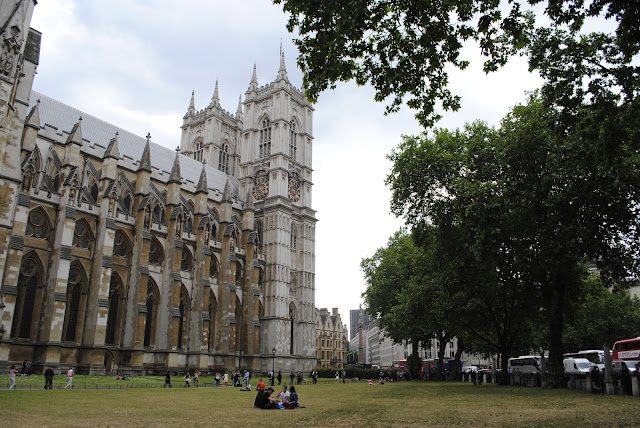 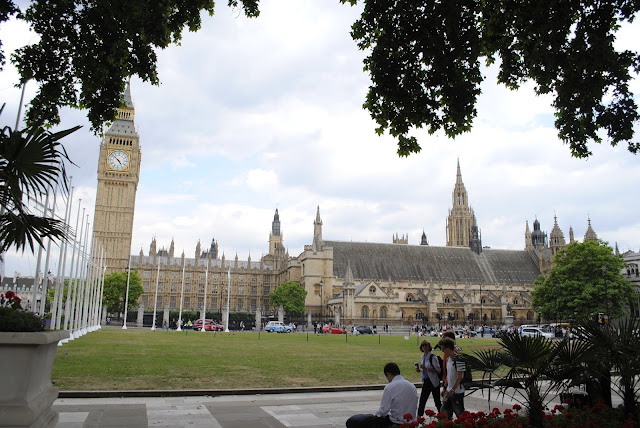 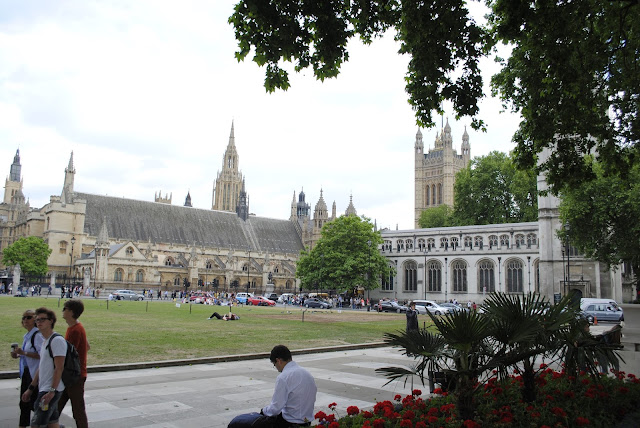 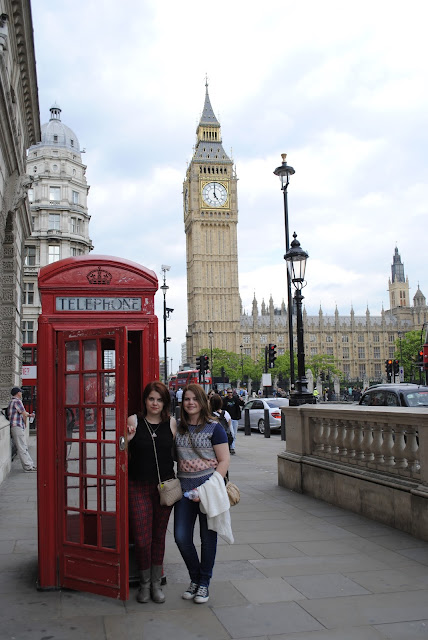 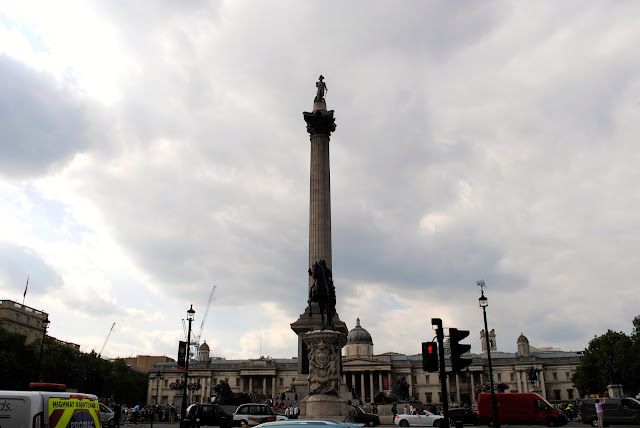 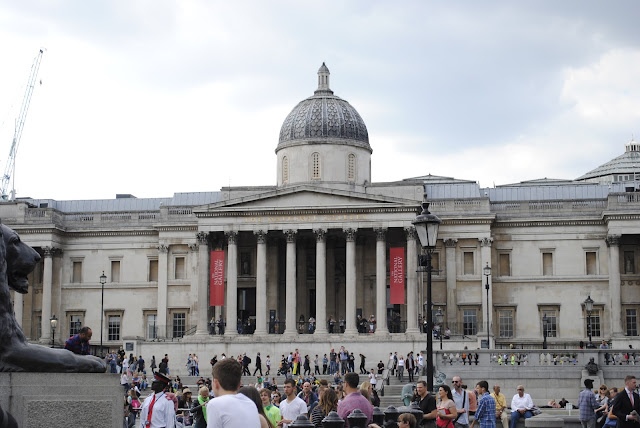 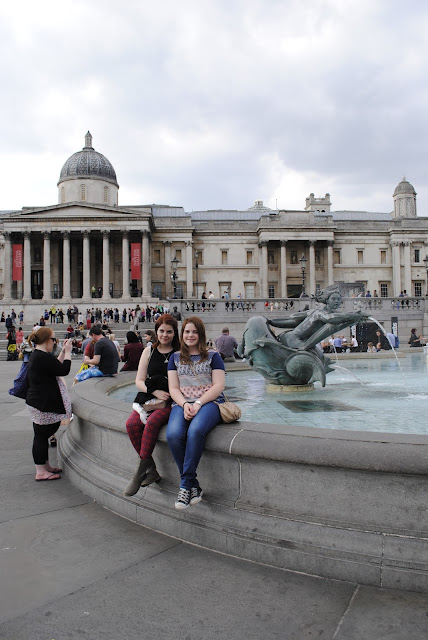 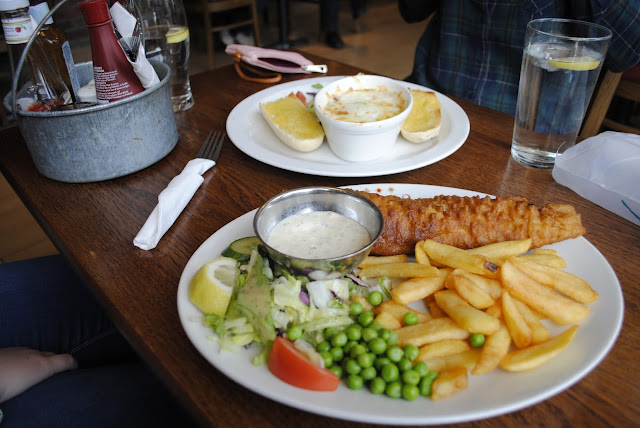 Our first day in London was over! *sad face* However, stay tuned for day 2, in which we went to King's Cross and I was almost tempted to buy the entirety of the Harry Potter Shop :)