A Bookworm In London. The Third Day

July 12, 2015
Welcome to the third day of our London adventure! We woke up rather early to try and be as productive as the other days but little did I know my cold was about to get much worse. Anyways, feeling like utter shit (there is no softer way to put it) we left the hotel and caught a bus towards Trafalgar Square. Once there, we had to catch yet another bus to get us to St. Paul's Cathedral. Thank goodness for buses, otherwise our poor feet wouldn't have lasted through the day.

While on the bus, we could see St. Paul's Cathedral and oh my, WHAT A SIGHT! It's stunning and it's just right there, in the middle of several streets, like: "hey! look at me! I'm gorgeous!" No, seriously guys, it's a stunner! We couldn't go in, I believe they were doing some ceremony *sad face* but it's on the list for the next visit ;) 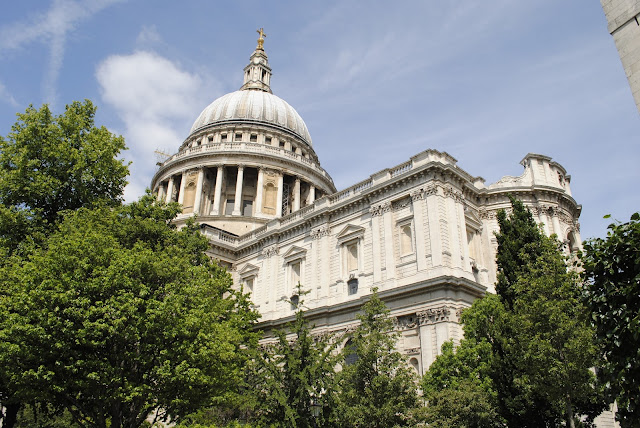 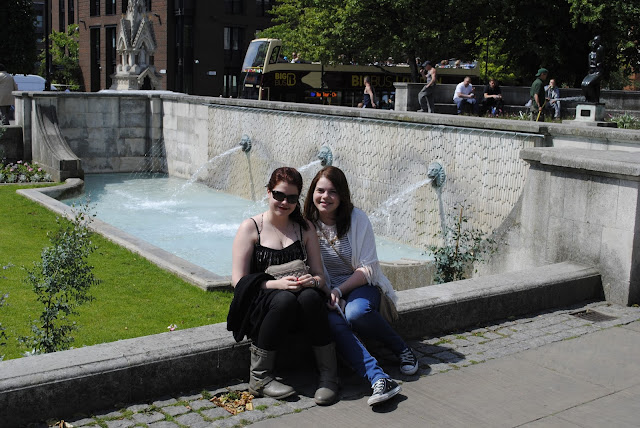 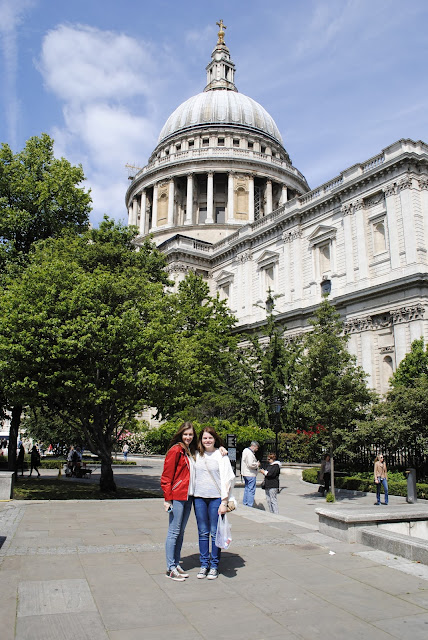 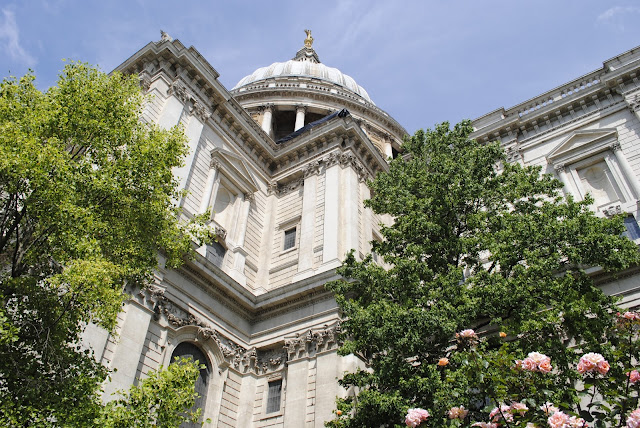 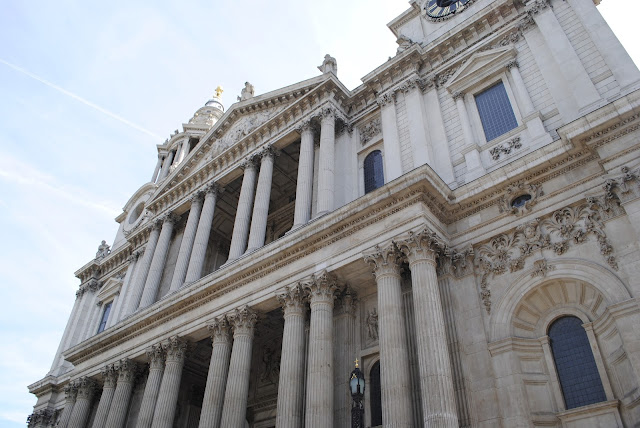 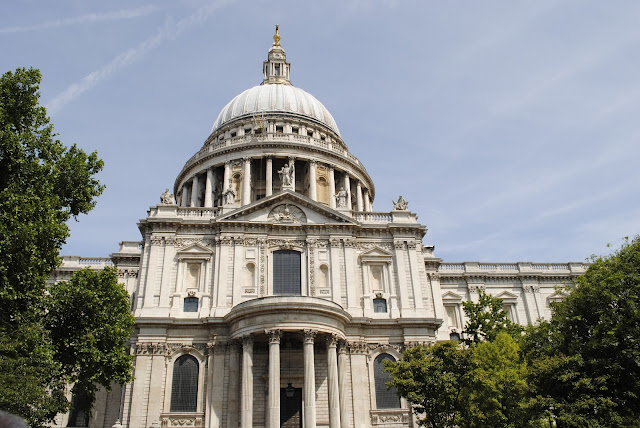 As I said, A BEAUTY! After walking around the Cathedral, we headed towards Millennium Brigde (which you can see in one of the Harry Potter movies!!! I believe the 6th one) in order to get to The Globe and I was already dying within because, you know, SHAKESPEARE!!! Funny thing, when we were approaching the theatre there were some children, with their teachers, dressed as Shakespearean characters. It was so cute!

Luck was not on our side though and we didn't get inside the theatre either. Actors were rehearsing for an upcoming play and if we paid to go inside, we couldn't really take pictures (copyright things and the like) and since we didn't even know the play, we decided to have a look at the gift-shop instead. 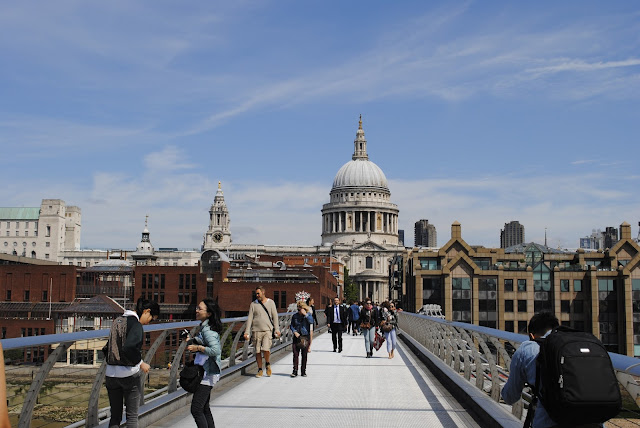 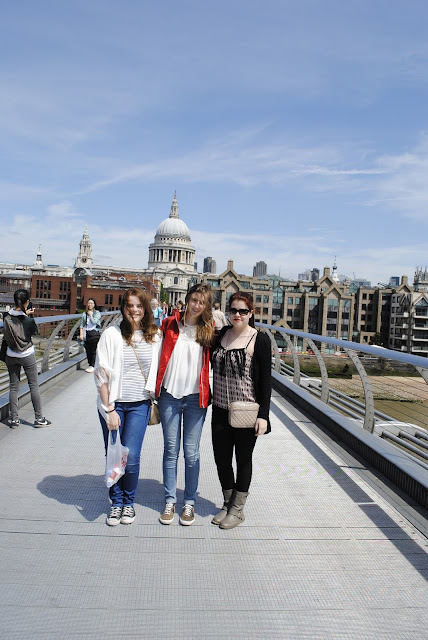 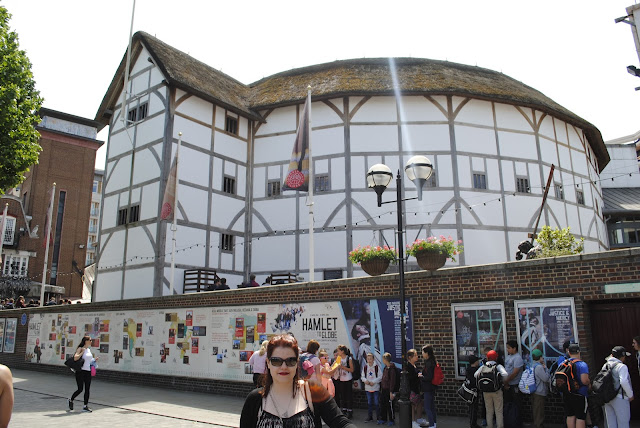 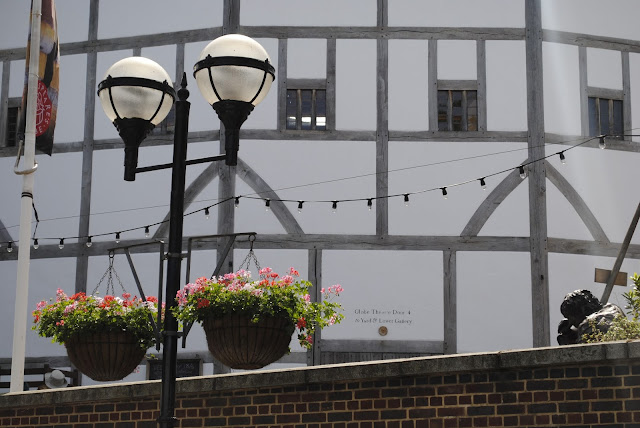 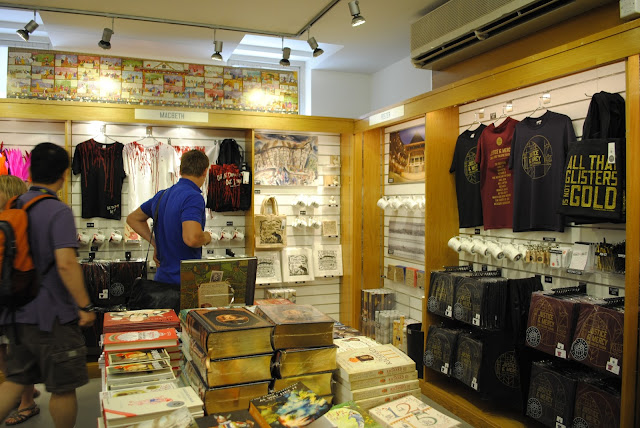 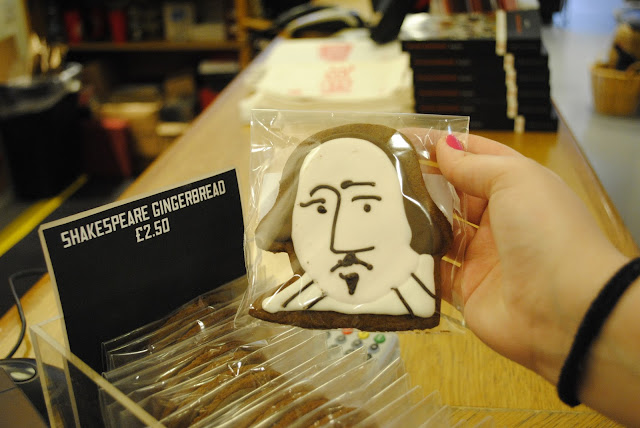 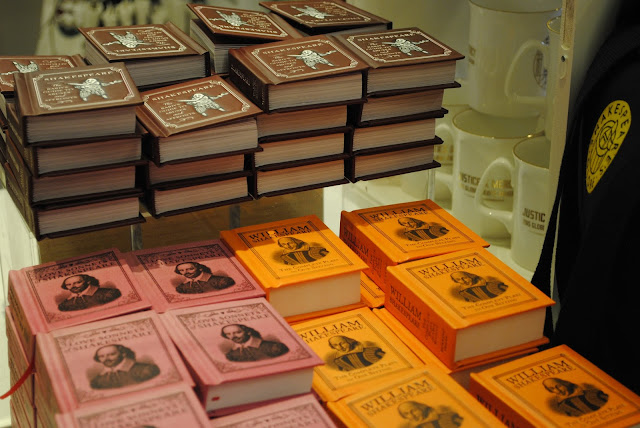 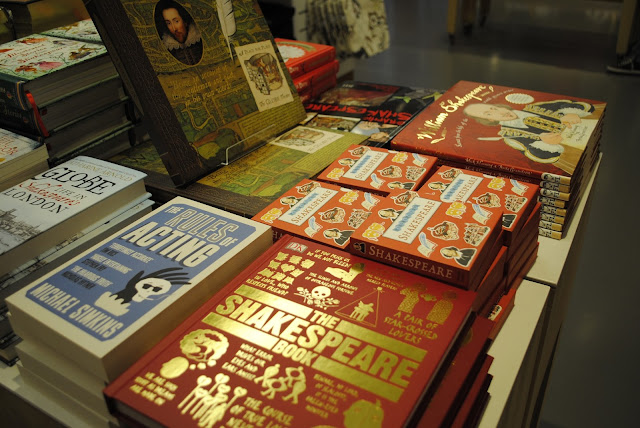 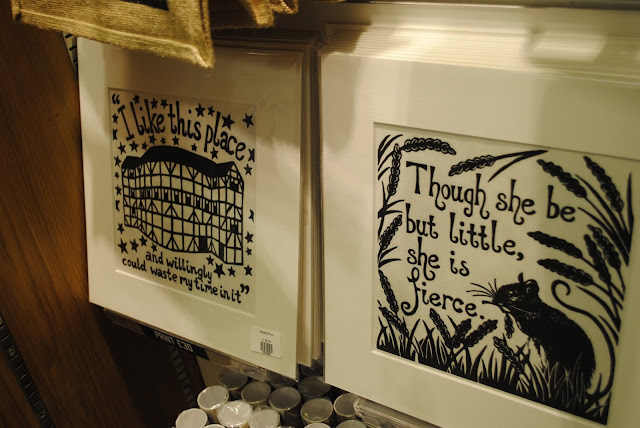 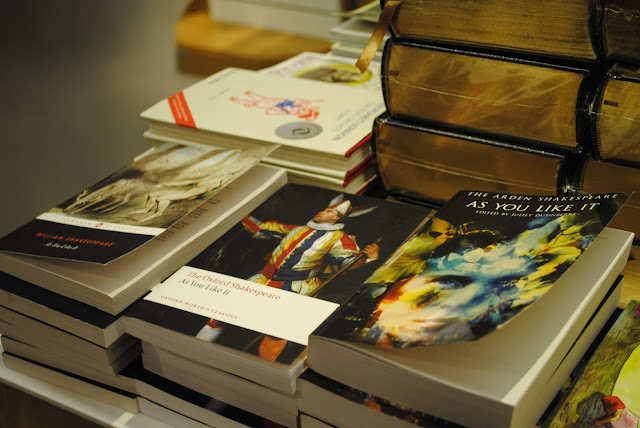 After that, we headed to London Bridge since it was relatively close (if you think close is a 20 minute walk under the heat) and we spent even more time taking pictures because that's what tourists do =P but for the sake of your eyes, I will only show you one. 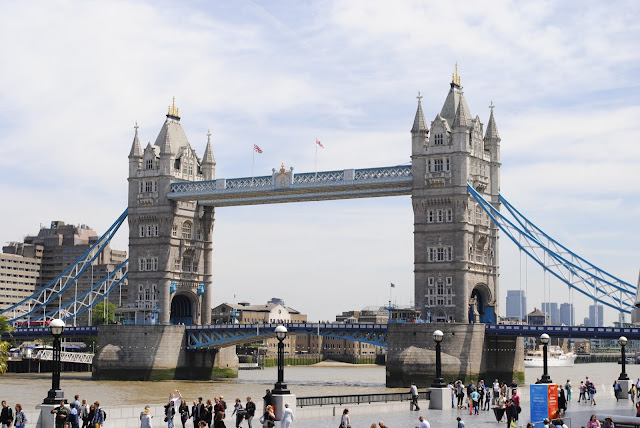 I wouldn't say we were hungry afterwards. Famished is a better word to describe how much our systems needed food. We tried Wagamama (again another restaurant we don't have here in Spain) and it was delicious - although my mouth was on fire throughout the entire meal even though we ordered the less spicy food :S; it's true also that I don't tolerate spicy food, like, at all. It's rather embarrassing.

To end the day, we went back to King's Cross. My sister forgot to buy one of her friends a gift and since we wanted to dinner in an Irish Pub we had seen the day before, it was the perfect excuse really to come back, don't you think? Besides going into a food coma, nothing much happened later.

We went to bed a bit sad because the next day was our last proper day. I don't count day 5 because that was all about travelling back to Spain, which wasn't fun at all.

On day 4 we visited Buckingham Palace and we went shopping to Oxford Street and we also decided, last minute, to visit 221B Baker Street. Look out for that later next week!