Book Review | The Hate U Give by Angie Thomas 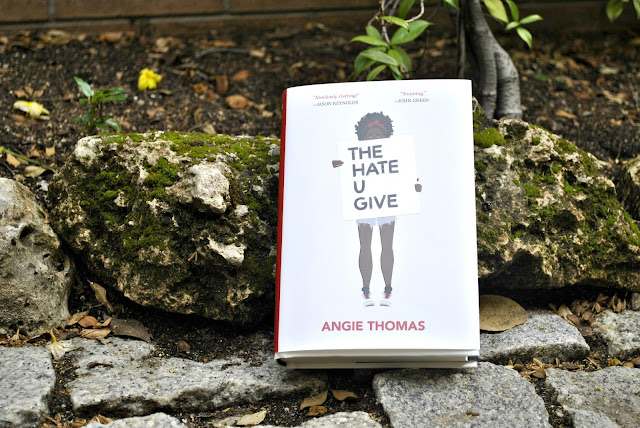 The Hate U Give by Angie Thomas {Goodreads}
Published by Balzer + Bray in 2017
Hardback edition; 464 pages {BookDepository}


In The Hate U Give we follow Starr, a sixteen-year-old girl who lives in a poor neighbourhood and goes to an upper-middle school that is mainly white and she tries to balance these both worlds. At the beginning of the novel, Starr goes to a party with a friend in her neighbourhood and once there she runs into an old friend, Khalil. During the party a fight breaks out and Starr and Khalil leave together, he offers to take her home and on their way, a police officer makes them pull over and although Khalil was unarmed the police officer shoots him. Starr becomes the only witness to her friend’s murder. The story deals with the aftermath of this event.

I have no words. I don’t think I’ll ever be able to write a coherent review where I talk about all the things this book made me feel and how it opened my eyes even more. This is a phenomenal book and an important story. It is about the Black Lives Matter movement but it also deals with family, friendships, interracial relationships, gangs, guilt and fear, and how the media manipulates information among other issues. There were many moments while reading when I just couldn’t stop the tears from coming; I felt sad, frustrated and impotent. I love how honest and raw the story was but at the same time, Angie Thomas manages to brighten up the mood and I found myself with a smile on my face. The family dynamic is brilliant let me tell you, as well as the way the people in the neighbourhood come together to help each other.

There is a lot to talk about this book and I’ve tried as best as I could to explain my feelings about it in a concise manner but all in all, this debut novel is outstanding and for once in my life I’ll say you should believe the hype. When I finished it I had the need to start it all over again and that rarely happens. I know this is one I will re-read for sure sooner rather than later. Read this. Just read this.