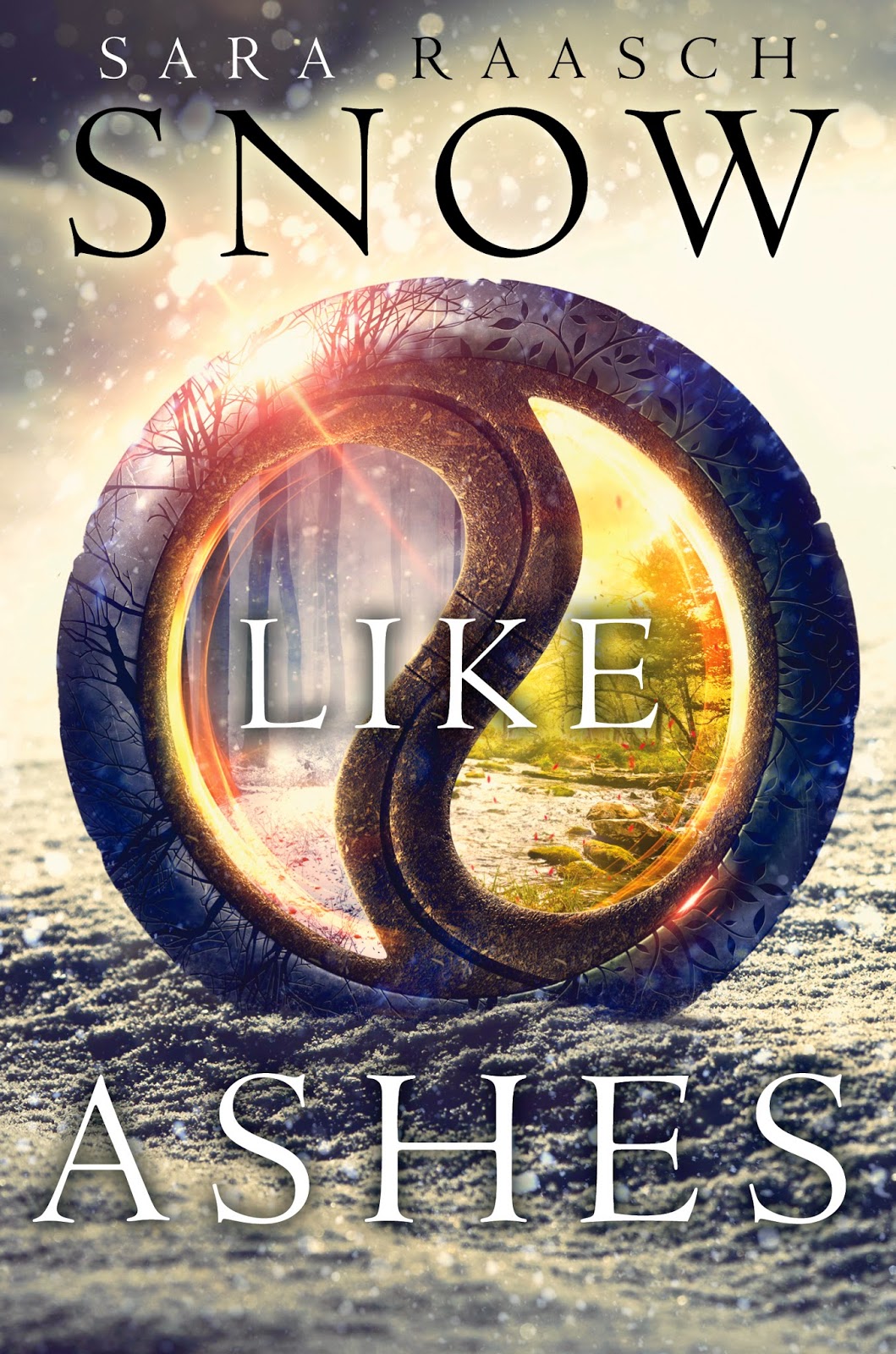 Title: Snow Like Ashes
Author: Sara Raasch
Pages (format): 422 pages (hardcover)
Publication Date: October 14th 2014
Publisher: Balzer + Bray
Want it? Get it here: BookDepository
Summary: “Sixteen years ago the Kingdom of Winter was conquered and its citizens enslaved, leaving them without magic or a monarch. Now, the Winterians’ only hope for freedom is the eight survivors who managed to escape, and who have been waiting for the opportunity to steal back Winter’s magic and rebuild the kingdom ever since. Orphaned as an infant during Winter’s defeat, Meira has lived her whole life as a refugee, raised by the Winterians’ general, Sir. Training to be a warrior—and desperately in love with her best friend, and future king, Mather — she would do anything to help her kingdom rise to power again. So when scouts discover the location of the ancient locket that can restore Winter’s magic, Meira decides to go after it herself. Finally, she’s scaling towers, fighting enemy soldiers, and serving her kingdom just as she’s always dreamed she would. But the mission doesn’t go as planned, and Meira soon finds herself thrust into a world of evil magic and dangerous politics – and ultimately comes to realize that her destiny is not, never has been, her own”.

In this story we follow eight survivors of Winter, one of the Season Kingdoms that was overpowered by Spring 16 years ago. These eight survivors have been trying to steal back Winter’s magic from Spring’s hand in order to rebuild the kingdom.


One of those survivors is Meira, our main character, who was merely a baby when Sir, a Winterian general, saved her and then, raised her. She only wants to prove herself to the others and show them, especially Sir, that she can be a true warrior. One of the many (many) things I loved about this book was Meira. At the beginning, we are introduced to a girl trying to find her place with the desire of fighting for her long lost kingdom. Most of the time she was confused, torn between doing was she wants (meaning what she thought would help the cause) or doing what needed to be done. Even when she had to do what others told her to do she still had a mind of her own and a very good instinct. Yes, that may have got her in a few troubles but it also helped. In the end, she learns to accept what is going on and who she is and becomes even stronger. Reading that development was beautiful, really. About the other survivors, I can say I care for them and I honestly liked them all. Another two characters that were just so good were Nessa and a little boy (we don’t know his name), they melt my heart. Such strong and so full of hope characters. I have to warn you here as well that I felt an instant connection with the Winterians and despised the people from Spring right away. Why? Easy: my favourite season is Winter and I hate Spring (thanks hay fever!).

But what would be a fantasy book without a villain? Angra is the king of Spring and he only cares about power. The more, the better; and he doesn’t really care about how many people has to die. He has a lapdog, Herod and he’s quite the nutcase, let me tell you. Besides that, we have Noam, the king of Cordell (a Rhythm Kingdom) and Theron, his son. Even though Noam was a dickhead (sorry for the word, but that’s just how it is LOL), his son was quite nice and fair.

Regarding the world building, this is high-fantasy and we the readers need to learn throughout the story basic things about the world, otherwise we will be lost. Most would say there was some info-dumping and maybe there was, but honestly? I was so into the story that I just didn’t notice and even if I did sometimes, it didn’t bother me. I was eager to know more. The whole story was incredibly fast-paced and action packed. I could not put it down. I just wanted to keep reading and reading and reading even though I didn’t want the book to end.

But besides all these reasons, one thing made me love this to the moon and back. But first, let me ask you a question: have you ever felt you are living the story? That you are so into it that you basically feel everything the characters are feeling? Because I had and it’s the best feeling while reading a book and it is indeed what happened to me while reading Snow Like Ashes. I was in the story; I felt I was another character. I found myself crying of happiness in some chapters due to the emotions; they were so overwhelming in such an amazing way that I couldn’t help it. One of those chapters was 24, and I hope those who had read this book knows what I’m talking about. But it also happened to me during the fighting scenes. Not the crying, but the rush of adrenaline when the characters were fighting because it felt like I was fighting along with them. And when that happens, when you feel yourself living the book, you know you are reading a good one so kudos to Sara Raasch and her writing style for making me feel that way.

I could write a lot more about all this but I think you get what I’m trying to say here, don’t you? So, to sum it all up just tell you, again, how good Snow Like Ashes was and if you love fantasy, you need to read this ASAP. And also, to those who want to give this genre a try you can read this one as well because it’s not confusing at all and is so easy to follow. Oh, and of course I WANT THE SECOND BOOK SO BADLY IS NOT EVEN FUNNY.